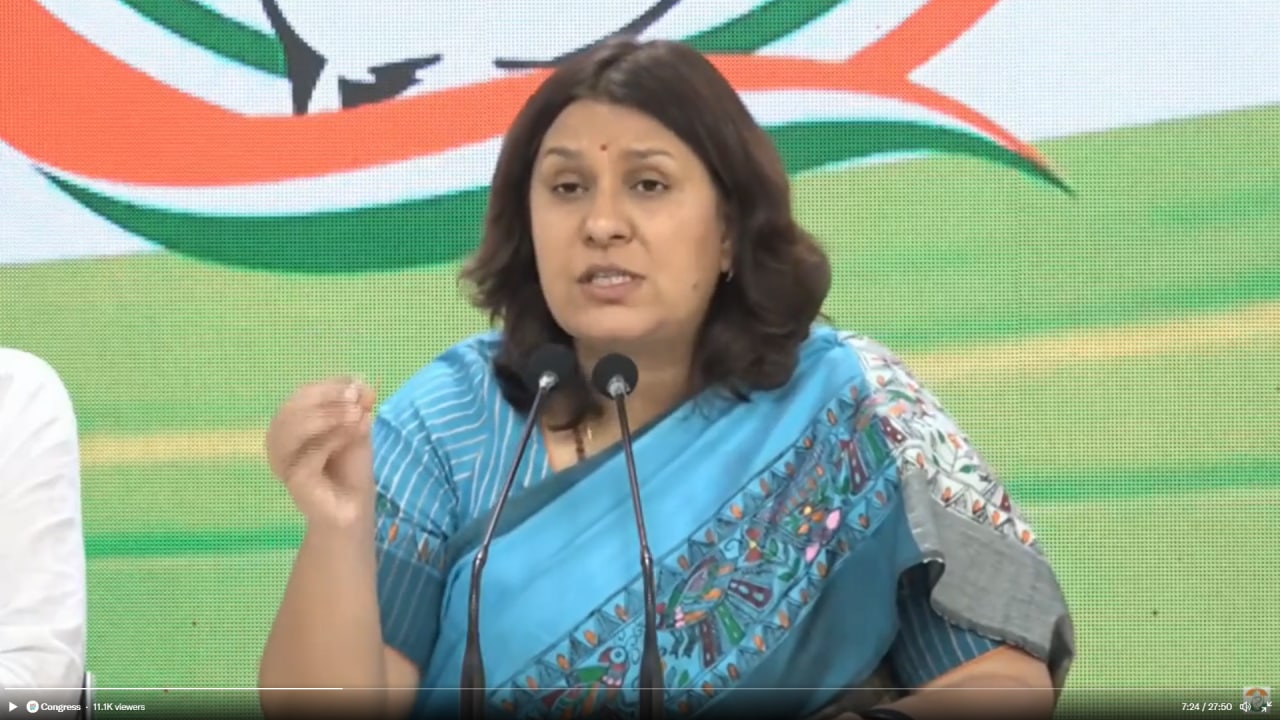 NEW DELHI: The Congress on Friday said the Election Commission does not have the jurisdiction to regulate issues such as freebies, and urged the panel to focus on ensuring free and fair polls through proper implementation of Election Laws.

The poll panel on October 4 had proposed amending the model code to ask political parties to provide authentic information to voters on the financial viability of their poll promises, a move that came amid the freebies versus welfare measures debate that had triggered a political slugfest.

Such issues are part of the dialectics of a vibrant democratic system and depend on wisdom, discernment and analysis of the electorate which should never be taken to be less than acute, the opposition party said.

“It is really something which is to be decided, be it pre-election or post-election, be it by way of electoral punishment or electoral acceptance and reward that the electorate decides the wisdom of such poll promises or campaign assurances and equally decides their breach and non-compliance,” Congress general secretary communications Jairam Ramesh wrote to the Election Commission (EC).

“Neither the Election Commission, nor the government, nor indeed even the courts, have jurisdiction to justiciate and regulate such issues. It would therefore be best for the commission to desist from doing so,” he said.

The EC had also said that empty poll promises have far-reaching ramifications, adding it cannot overlook the undesirable impact inadequate disclosures on election promises have on financial sustainability.

In a letter to all recognised national and state parties, the commission had asked them to submit their views on the proposals by October 19.

Congress spokesperson Supriya Shrinate told a press conference that the matter first came up when Prime Minister Narendra Modi on July 16 raised the issue of “revris” (freebies), after which the EC took up the issue and wrote to parties seeking their response.

She said the debate on the issue of “revris” in a democracy is distorted as it is the duty of any government to take care of the poor and oppressed classes, and evolve schemes for their upliftment.

The Congress in its response to the EC proposal has said that “the issue does not fall under the poll body’s jurisdiction” and asked “how can the Election Commission decide on the definition of freebies”.

“It should first implement the existing poll laws properly and there are more burning issues that need to be taken care,” she said.

Ramesh in the party’s response to the EC has noted that the commission has in the past demonstrated great wisdom and restraint in exercise of this power, choosing to circumscribe and limit campaign actions which tilt the field in favour of one party over the other. “However, such power has always been exercised and guided by the statutory context. In other words, electoral offences outlined in Chapter IXA of the Indian Penal Code, 1860, and the Representation of Peoples Act, 1951, help the commission determine what is per se legal and illegal,” he said.

In fact, the specific bans on communal rhetoric, hate speech, undue influence, among others, all flow from these statutes, Ramesh noted. “Thus, if the ECI were to consider such a ban it would necessarily need to pass parliamentary muster first. Furthermore, even in Part VIII of the Model Code of Conduct for the Guidance of Political Parties and Candidates, 2015, the ECI puts forth general guidelines which essentially call for making campaign promises in a responsible manner,” he said. Ramesh also insisted that the Congress be given an appropriate slot any time in the future so as to elaborate on these and other grounds before the commission.

In this article:Congress, Election Commission, Freebies