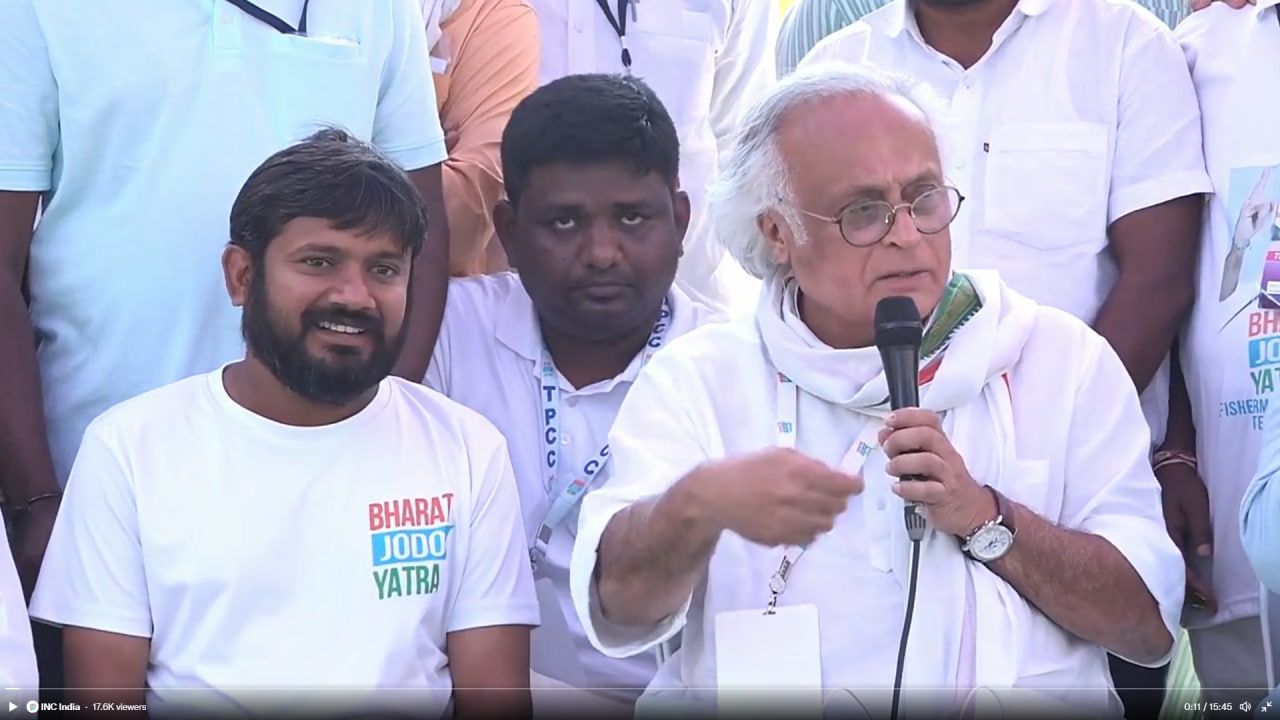 NEW DELHI: Senior Congress leader Jairam Ramesh on Sunday said he spoke to a BJP ideologue about Union minister Kiren Rijiju’s criticism of Jawaharlal Nehru on the Kashmir issue and was told that Nehru being vilified is one thing, but erstwhile ruler Hari Singh being exalted as a benevolent hero “takes the cake”.

Rijiju had stated that Nehru’s “blunders”, which included enacting Article 370 and taking the dispute with Pakistan to the United Nations, caused much tragedy, drained the country’s resources and cost thousands of lives of soldiers and civilians in militancy.

“I spoke to a BJP ideologue this morning about Kiren Rijiju, the latest entrant to the club of Distorians,” Ramesh said in a tweet.

I spoke to a BJP ideologue this morning about Kiren Rijiju, the latest entrant to the club of Distorians. He sent me the following message:

The strange thing is, Nehru being vilified is one thing, Hari Singh being exalted as some sort of upright & benevolent hero takes the cake.

“He (the BJP idealogue) sent me the following message: The strange thing is, Nehru being vilified is one thing, Hari Singh being exalted as some sort of upright & benevolent hero takes the cake,” the senior Congress leader said without naming the “BJP ideologue”.

Hari Singh was the last ruling Maharaja of the princely state of Jammu and Kashmir. He signed the Instrument of Accession to India.

Rijiju wrote an article for a portal citing “five Nehruvian blunders”, including floating the idea of a plebiscite and terming Jammu and Kashmir’s accession provisional.

The minister had said it was important to realize past mistakes to build a new future and added he has not tweaked history but stated facts to set the record straight.

The Congress on Saturday demanded an apology from Rijiju over his criticism of Nehru’s handling of the Kashmir issue and asked Prime Minister Narendra Modi to rein in ministers from making “irresponsible statements”.

Slamming Rijiju, senior Congress leader Anand Sharma had said, “I can only pity the mental bankruptcy of minister Rijiju. He has no understanding of history, there is no proof, no evidence.”

“I would say the prime minister should rein in ministers from making such untrue, false and irresponsible statements as have been made in this regard. The account of that period in 1947 has been carefully documented not by one but more than one person who were directly associated with the merger of princely states,” Sharma told reporters on Saturday.

The BJP on Thursday had used the 75th anniversary of Jammu and Kashmir’s accession to India to slam Nehru for his “blunders” on the issue and asserted that Prime Minister Modi corrected them by nullifying Article 370, which granted the erstwhile state special rights.

The Congress had hit back at the ruling party, saying its leaders have no idea of contemporary history and that they must account for what has happened under its rule there rather than blaming Nehru and other former prime ministers.