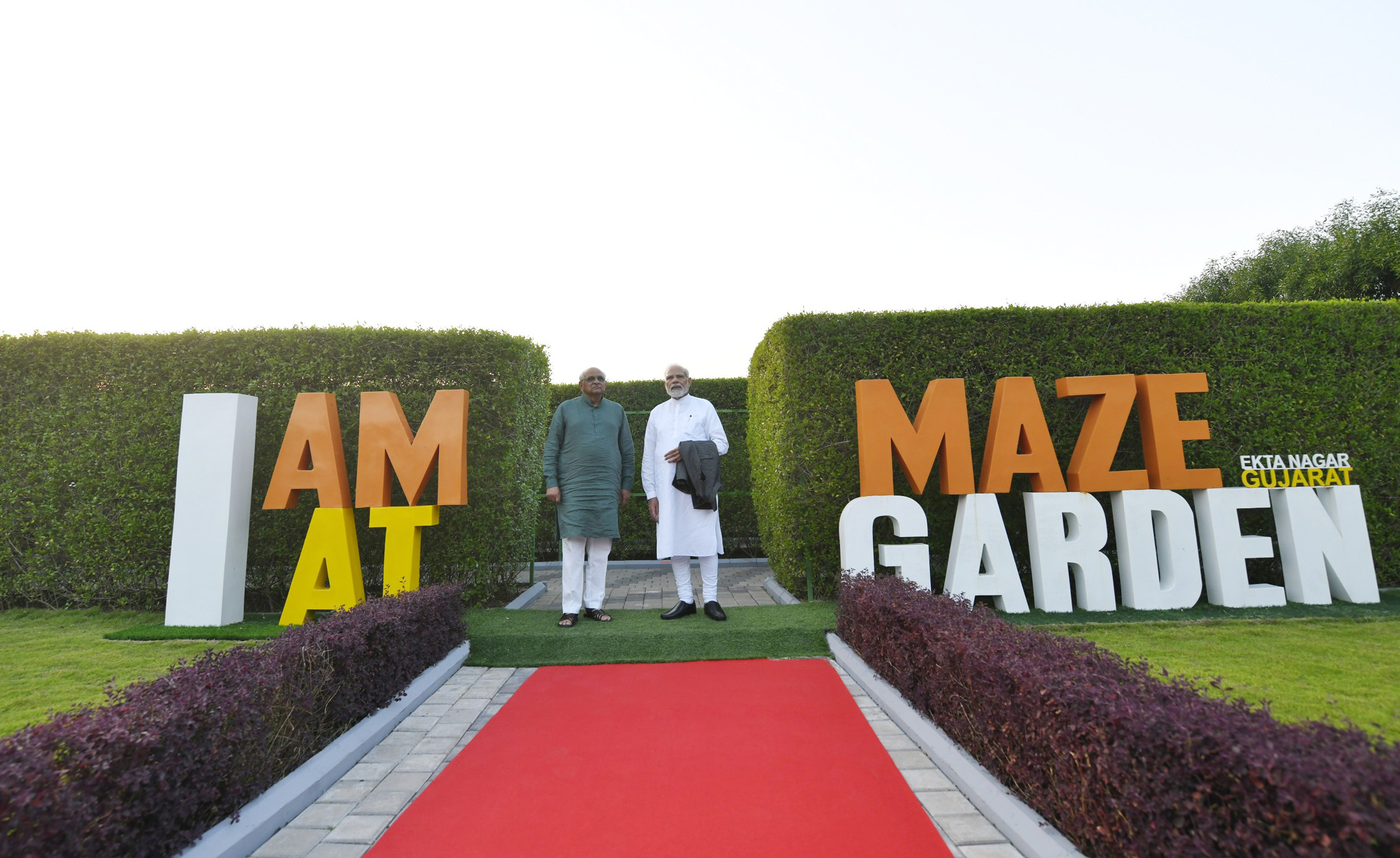 A government release said the PM also inaugurated a ‘Miyawaki’ forest and a houseboat.

On the first day of his three-day Gujarat visit, the PM along with Gujarat Chief Minister Bhupendra Patel reached Ekta Nagar, formerly known as Kevadia, in Narmada district to inaugurate these new attractions, said the release.

“The newly added Maze (labyrinth) Garden, spread across three acres with a pathway of 2,100 metres, is the largest maze garden in the country and has been developed in a short span of just eight months.

“It has been built in the shape of a ‘yantra’ that emanates positive energy. Winding through the puzzling roads of this garden will be challenging for the tourists’ mind, body and senses,” the release said.

As many as 1,80,000 saplings have been planted as part of a ‘Miyawaki’ forest near this Maze Garden, which had been created at a location originally used as a dumping site, it added.

This kind of a forest gets its name from the technique developed by Japanese botanist and ecologist Dr Akira Miyawaki. It involves planting saplings close to each other, which develops into a dense urban forest. The growth of plants is ten times faster using this method and as a result the forest developed is thirty times denser.

On the occasion, the PM also inaugurated ‘OYO Ekta Houseboat’, Gujarat’s first houseboat service in the vicinity of the Statue of Unity.

In a statement, OYO said the houseboat offers a rich and culturally diverse confluence of craftsmanship, adding that the vessel is 90 feet long and 20 feet wide with two well-appointed bedrooms, one dining room, one drawing room, one kitchen, a front deck and an upper observation deck.

“The exteriors are inspired by Kashmiri culture with carvings and wooden finish, whereas the interior of the boat is inspired by the rich and diverse Gujarati culture and art,” the hospitality firm’s release added.

In this article:Narendra Modi, Statue of Unity