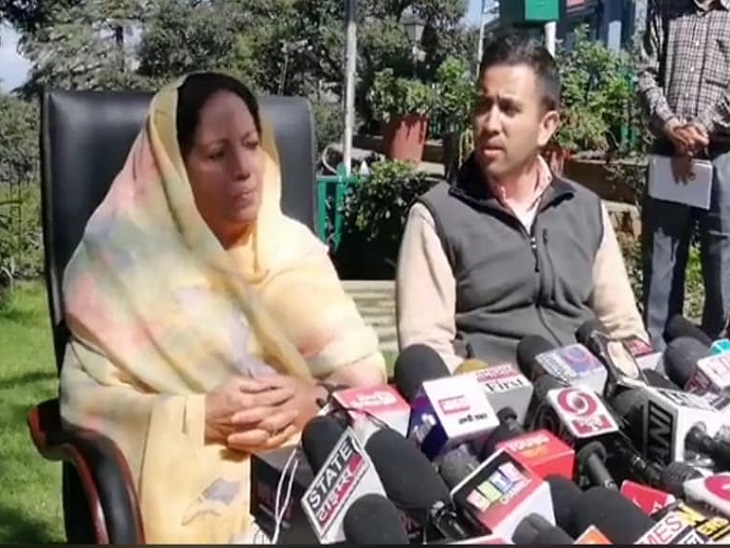 SHIMLA: Once reigning over principalities, the erstwhile royals of Himachal Pradesh are looking to retain their influence — they are not just contesting elections but also becoming a centre of debate between the Congress and the ruling BJP.

While the Congress, looking to come back to power in the hill state, has put its money on several former ”royals” in the upcoming Assembly polls, the ruling BJP says there is no place for ”rajas and ranis” in a democracy.

The influence of the ”royals” has, however, waned over the years, as is clear from their depleting numbers in the poll fray this time. Only a handful of them are contesting the Assembly election to be held on November 12.

Virbhadra Singh, who hailed from the erstwhile Rampur Bushahr royal family, dominated the politics of the hill state for almost five decades. His son Vikramaditya is now in the fray from the Shimla Rural seat.

Vikramaditya Singh’s mother Pratibha Singh, who hails from the erstwhile Keonthal royal family, is the president of the Himachal Pradesh Congress. She is not contesting the election as she is the MP from Mandi.

Asha Kumari, the five-time MLA from Dalhousie, is married in the erstwhile royal family of Chamba. She has been nominated by the Congress this time as well.

Incumbent MLA Anirudh Singh of the erstwhile Koti royal family is contesting again from Kasumpti. He is also a former chairman of the Shimla Zila Parishad.

Another ”royal” scion in the fray is Hiteshwar Singh as an independent from the Banjar constituency in Kullu. His father Maheshwar Singh, the ”king” of the erstwhile Kullu kingdom, lost his ticket as his son threw his hat in the ring.

The ruling Bharatiya Janata Party (BJP) has raised the pitch against the Congress, accusing it of being a party of ”rajas and ranis”.

The reference is to former chief minister Virbhadra Singh, who ruled the state for decades and whose wife and son are still running the show for the grand old party.

However, missing from the poll contest this time is Vijay Jyoti Sen of the erstwhile Keonthal royal family, who is also Pratibha Singh’s sister-in-law. Sen had contested the last Assembly polls from Kasumpti. She is supporting the BJP this time.

”Gone are the days of raja-rani, now is the time of the common people,” Union Home Minister and senior BJP leader Amit Shah had said while launching a tirade against royalty and the Congress at his poll rallies.

Shah had also accused the Congress of being a party of ”raja-rani” and said there is no place for ”royals” in a democracy anymore.

However, Anirudh Singh feels that for the current generation of voters, it does not matter whether one belongs to a ”royal” family or not, what matters is one’s conduct.

”If you work for people, people will develop a liking for you. If you stay like a commoner despite being from a royal family, people will prefer you and the liking will grow,” he told PTI.

Maheshwar Singh (73), a scion of the erstwhile Kullu royal family who has been in politics for more than four decades, says royalties have long gone after Maharaja Ranjit Singh’s time and they have no place in a democracy.

He said gone are the days of rajas and maharajas and in a democracy, only those who serve the electorate well will command respect from people.

”These days, no one votes for you because you are a raja. They will respect you only as per your conduct. In a democracy, it is a disadvantage being a royal. People will only vote for you if you do their work and serve them well,” he told PTI.

”I am just a ‘ghulam’ of Raghunathji and hold the Lord’s sacred ‘chhadi’ as his ‘chowkidar’ during Dussehra in accordance with tradition. I also deter people from addressing me as a raja,” he said.

According to tradition, the scion of the erstwhile Kullu royal family holds the sacred ”chhadi” of Lord Raghunath during the annual 10-day Dussehra festival.

Ramesh, a small shopkeeper in Una’s Talliwal, says the ”royals” continue to hold sway over the voters of the hill state as they are still revered by the locals.

”How can one ignore the royals who have been the rulers in different kingdoms of Himachal Pradesh? They will continue to influence the common people,” he said.

Ashok Kumar from Solan, however, feels that the ”royals” had their sway in the past and now is the time for the common people to rule through merit.

”No one can claim to be special these days because he was born in a royal family. It is merit that matters and anyone serving people well will be preferred,” he said.

Rahul from Nalagarh says royalty is a passe now and asserts that politics has to be ”clean” if the state and the country have to progress.

Those with a clean record should come forward and honesty should be rewarded by people, he says.

As the ”royals” rough it out on the roads of Himachal, away from the comforts of their palaces, the BJP is cautioning the voters against the ”feudal submission” to the ”princely” candidates of the Congress.

With political parties playing their own games in the run-up to the polls, voters also admit that royalty has deep roots in the rural hinterland of Himachal Pradesh.

Whether the ”royals” continue to hold a mighty sway on the hearts of voters, only time will tell.