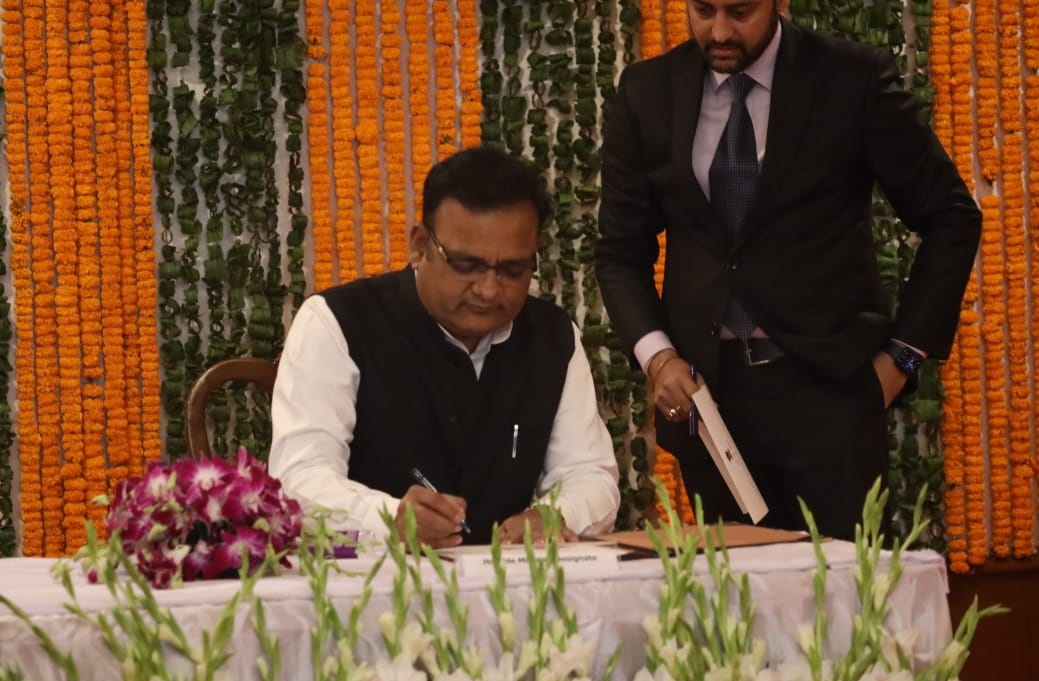 NEW DELHI: Aam Aadmi Party (AAP) MLA Raaj Kumar Anand was on Thursday administered oath as a minister in the Delhi government by Lieutenant Governor VK Saxena in a ceremony at Raj Niwas. Raaj Kumar represents Patel Nagar assembly constituency. Raaj is married to a woman named Veena Anand she was ex-MLA of Patel Nagar from AAP in 2013.

”Administered the oath of office and secrecy to Raaj Kumar Anand as minister in GNCTD. I convey my best wishes to him and hope that he will work for the betterment of Delhi and its People,” Saxena tweeted after the oath ceremony.

Congratulating the newly-elected minister, Kejriwal tweeted, ”Many congratulations and best wishes for the new responsibility Raaj Kumar ji. Serve the Delhi people with complete hard work and honesty.” Anand took charge of his office at Delhi secretariat and thanked the chief minister for being given the responsibility.

The Patel Nagar MLA was inducted into his Council of Ministers by Kejriwal after Rajendra Pal Gautam’s resignation. Gautam who held charge of social welfare minister resigned last month from the post after he was embroiled in a controversy over his presence in a religious conversion programme.

Dalit leader Raaj Kumar completed postgraduate studies in political science from Bundelkhand University in 1989.Veena Anand contested the elections on an Aam Aadmi Party ticket in 2013, but due to certain confusion and differences of opinion, Raaj and Veena had left the party in 2015 but he along with his wife Veena Anand rejoined in 2019 and he was elected as a member of the Delhi Legislative Assembly from Patel nagar on 11 February 2020. Raaj Kumar was born in Aligarh. He completed his post-graduation from Bundelkhand University

With  Press Trust of India Inputs