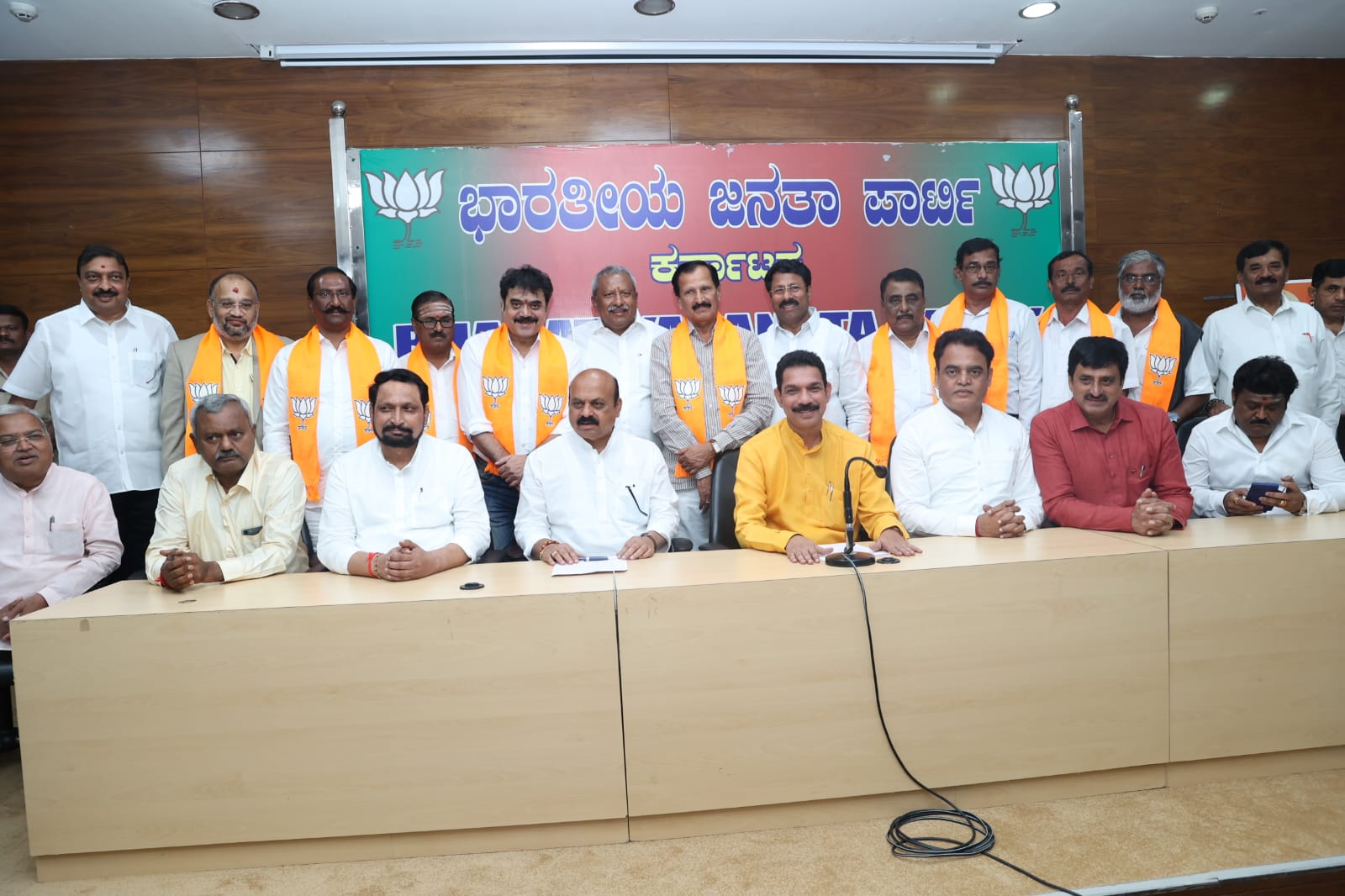 They were admitted into the party at its state headquarters here in the presence of Bommai, and state BJP President Nalin Kumar Kateel.

Muddahanumegowda, a senior leader and former Member of Parliament from Tumakuru, announced his decision to quit the Congress in September.

He was the only Congress’ sitting MP to be denied ticket for the 2019 Lok Sabha polls, as the party had ceded the Tumakuru seat to its then alliance partner in the State, the JD(S).

JD(S) patriarch and former Prime Minister H D Deve Gowda was the joint nominee of Congress-JD(S) alliance from Tumakuru then. An angry Muddahanumegowda had filed his papers both as a party candidate and as an independent, but pulled out of the contest after being persuaded by the party leadership.

Muddahanumegowda has already expressed his intent to contest the Assembly polls from Kunigal seat. Shashi Kumar, a Kannada film actor, had been associated with both the Congress and JD(S) in the past.

Belonging to the ST community, he was a Lok Sabha member winning from Chitradurga in 1999 on a Janata Dal (United) ticket. He had unsuccessfully contested the 2018 Assembly polls from Hosadurga on a JD(S) ticket.

Anil Kumar had held the position of additional chief secretary at the time of his retirement in July. According to sources, Kumar, who belongs to the SC ‘left’ community, is expecting a ticket from the Koratagere Assembly constituency in Tumakuru district, currently represented by Congress veteran and former Deputy Chief Minister G Parameshwara, and has already held several rounds of meetings with his supporters there.

Terming the leaders joining the party as ”political consolidation”, Bommai said, ”Polarisation is when there are two opposite directions. But now, there’s only one direction and that’s the BJP.” Noting that the BJP would treat all those who join the party with equal trust and respect, he said, ”Positions are decided by the party and not any one person. Who should be given tickets will be decided by the parliamentary board.” Claiming that more leaders from the Congress would join his party before the 2023 assembly elections, Kateel said, ”Everybody was saying things are difficult for the BJP, but, the Bommai government’s decision to enhance reservation for SC/STs has changed the scenario… BJP would achieve its target of winning 150 seats.”