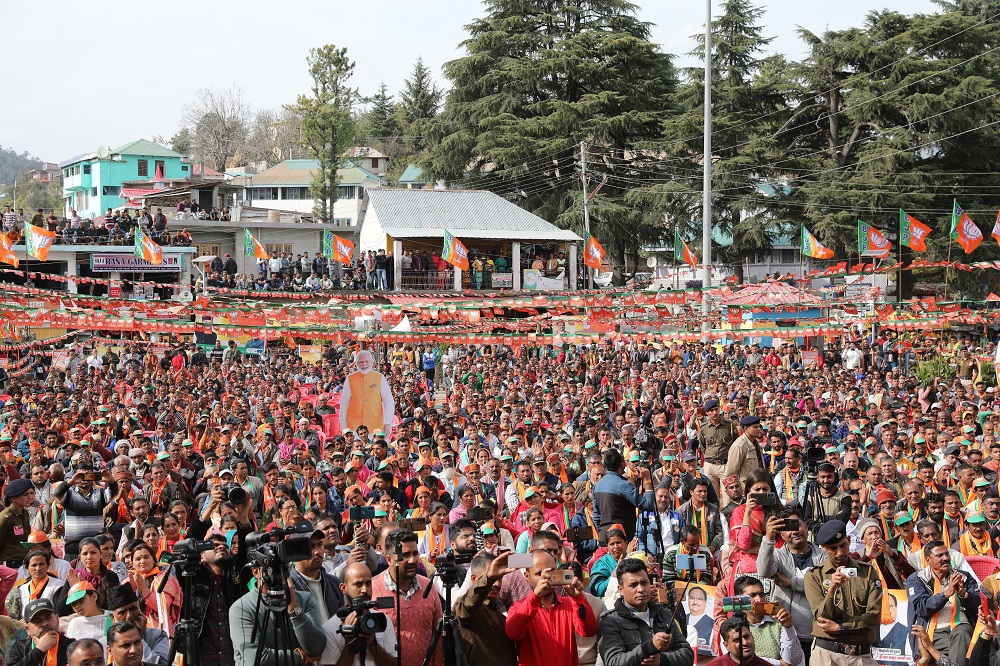 NEW DELHI: Prime Minister Narendra Modi will address two rallies in Sindar Nagar and Solan on Saturday in his campaign for the BJP in the Himachal Pradesh assembly polls scheduled for November 12.

Official sources said he will also visit Radha Soami Satsang in Beas in Punjab. The sect has a large following in the hill state as well.

The BJP will release its ‘vision document’ (manifesto) for Himachal Pradesh a day later in Shimla on Sunday. It was earlier expected to be released on Friday.

The BJP is in power in the state and is pulling out all stops to remain in the saddle by breaking the precedent of the incumbent being voted out.