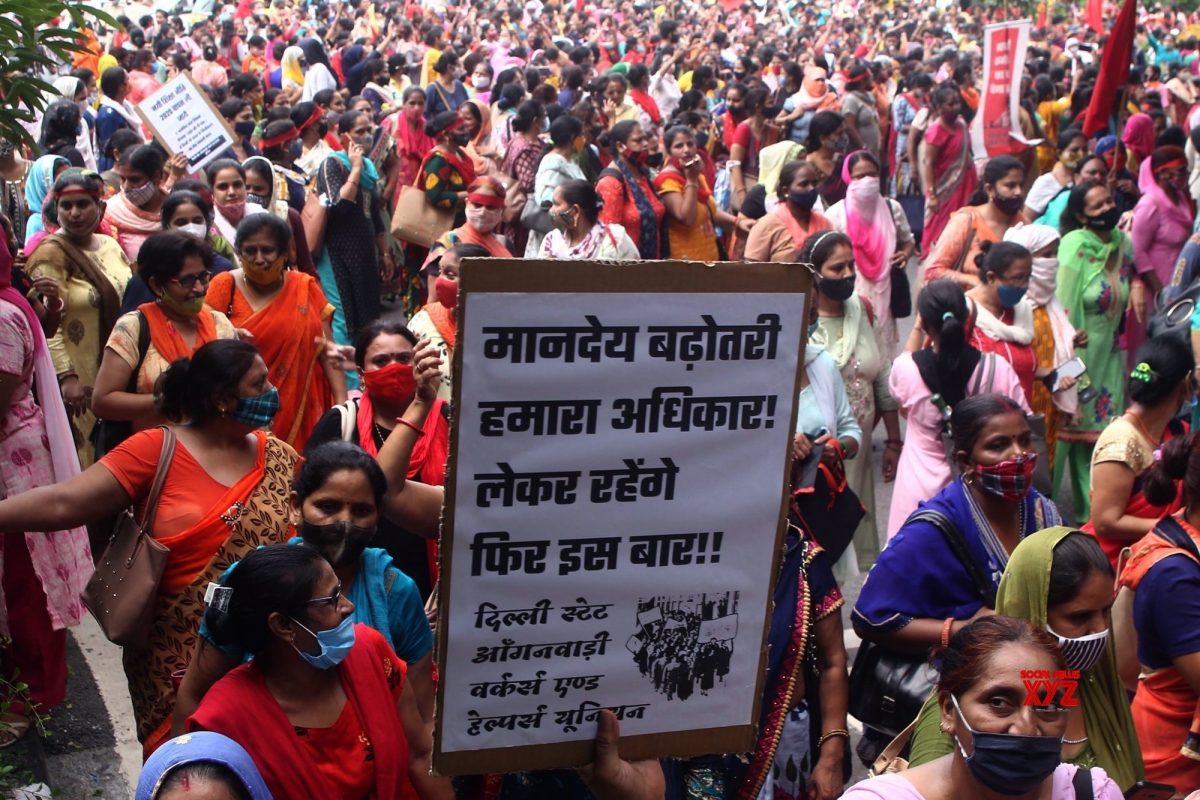 NEW DELHI: A section of Anganwadi workers on Friday launched a campaign to boycott the Aam Aadmi Party (AAP) and Bharatiya Janata Party (BJP) in the upcoming civic body polls over the termination of more than 800 of their counterparts.

Polling for the Municipal Corporation of Delhi (MCD) election in Delhi will be held on December 4, State Election Commissioner Vijay Dev announced Friday.

The campaign being led by Delhi State Anganwadi Workers and Helpers Union (DSAWHU) was kicked-off with a demonstration near the AAP headquarters.

The protestors took out a rally near the headquarters and expressed their rage by burning posters and banners of the Kejriwal-led party.

”Chief Minister Arvind Kejriwal has been silent on the issue of Anganwadi workers after vengefully terminating 884 women workers. He has also been deluding the people on the issues of employment and education,” she added.