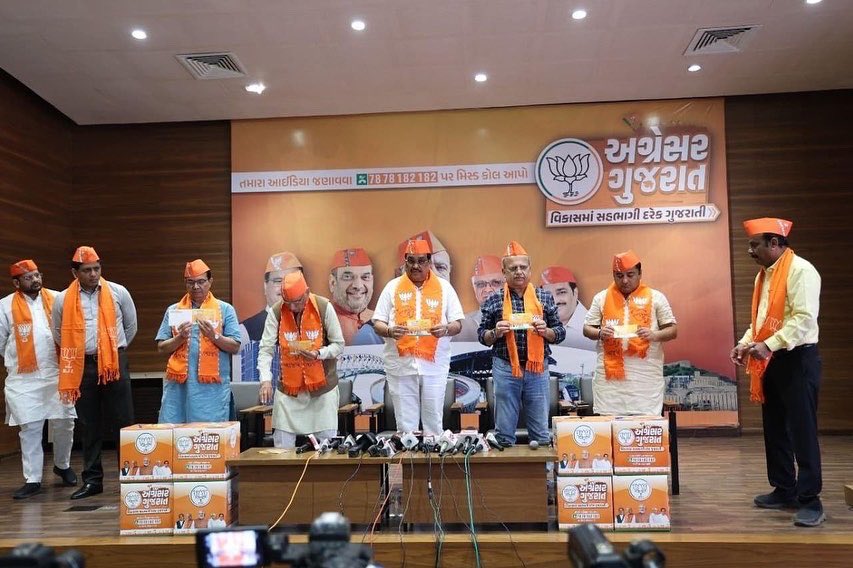 AHMEDABAD: The BJP on Saturday launched ‘Agresar Gujarat ‘ (leading Gujarat) campaign aimed to strike a chord will people of the state and seek their opinion on points to be included in the party manifesto for the state assembly polls.

People of Gujarat can share their views either by leaving notes in suggestion boxes to be put up in public places, or by messaging on cell number 78 78 182 182 or by visiting www.agresargujarat.com and sharing their views on the website.

Vyas, 75, resigned from the party on Friday, saying that he was unhappy with the Patan district BJP committee, its functioning and constant humiliation.

Talking to mediapersons, Patil reminded that the BJP will not nominate candidates who are 75 year old or above. It will also not nominate family members of BJP leaders, MLAs, and MPs.

In another development, Khodal dham trustee Naresh Patel and other trustee Ramesh Tilawala had a one-on-one meeting with Union Home and Cooperation Minister Amit Shah earlier in the day.

Congress party’s national secretary Himanshu Vyas has resigned from the party and is likely to join the BJP. He claims that the party was constantly ignoring his service and contribution to the party.