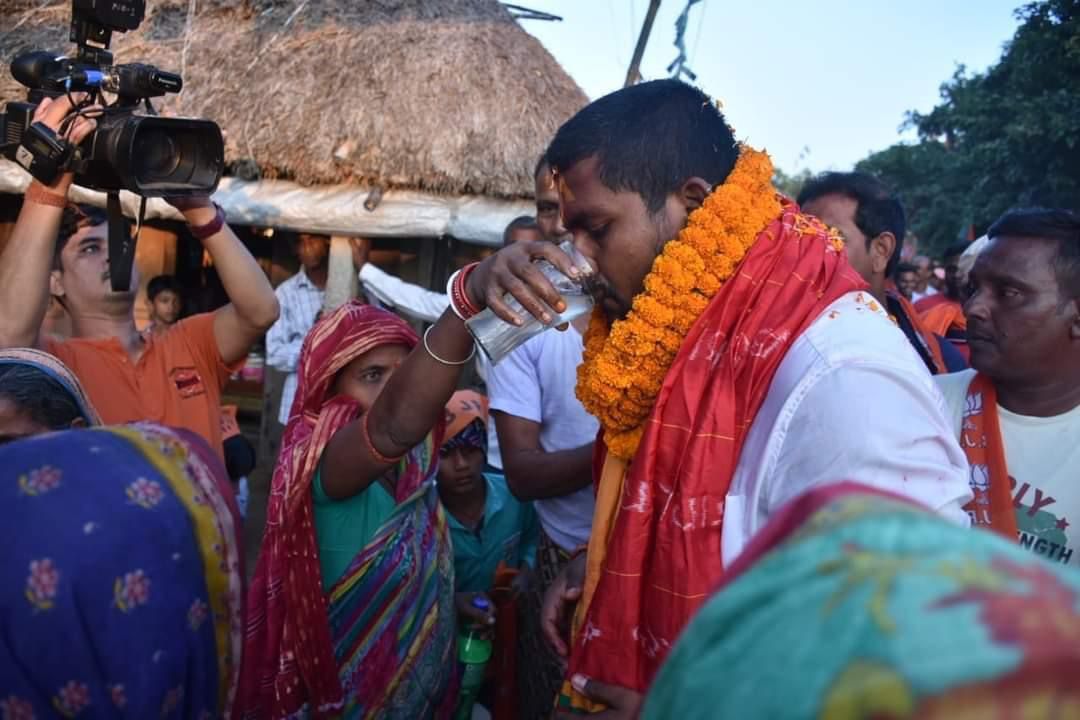 BHUBANESWAR: Defeating the Naveen Patnaik-led Biju Janata Dal (BJD), the BJP was able to retain its Dhamnagar MLA seat in Odisha’s Bhadrak district with its candidate Suryabanshi Suraj winning by a margin of 9,881 votes.

The voting for the bypoll was conducted on November 3 at 252 polling booths and 68.98 per cent polling recorded.

The BJP, which slipped to third position in the last by-poll for Brajarajnagar, has fought the bypoll unitedly. Many senior leaders including Union Ministers Dharmendra Pradhan, Bishweswar Tudu, former Union Minister Pratap Sarangi and state President Samir Mohanty have campaigned for the party candidate. The organisation set up by Manmohal Samal and Bishnu Sethi has also helped the party to win the MLA seat, said party insiders.

The BJD, which had played women and SHG card in the by-poll to counter the sympathy wave for Suryabanshi, failed in its strategy.

Gratitude to the people of Dhamnagar for reposing their faith on @BJP4Odisha, for honouring the legacy of Late Bishnu bhai and for blessing Shri @suryabanshibjp.

“#DhamnagarBypoll result is a victory of democracy. It is a victory of the youth and women. Gratitude to the people of Dhamnagar for reposing their faith on @BJP4Odisha, for honouring the legacy of Late Bishnu bhai and for blessing Shri @suryabanshibjp,” Pradhan said in a tweet.

The bypoll result reflects the mood of people in Odisha as well as Odisha’s trust on the decisive and credible leadership of Prime Minister Narendra Modi, he said, congratulating all party workers on this victory.

Notably, Dhamnagar has been regarded as the citadel of the BJP since it won twice in the recent past – Manmohan Samal in 2004 and Bishnu Charan Sethi in 2019. The BJD had emerged victorious in all five bypolls in the state since 2019, wresting the Balasore Sadar seat from BJP. This win will give a boost to the party to fight against the ruling BJD in the coming elections.

In this article:BJD, BJP, Odisha, wins Dhamnagar assembly bypoll in