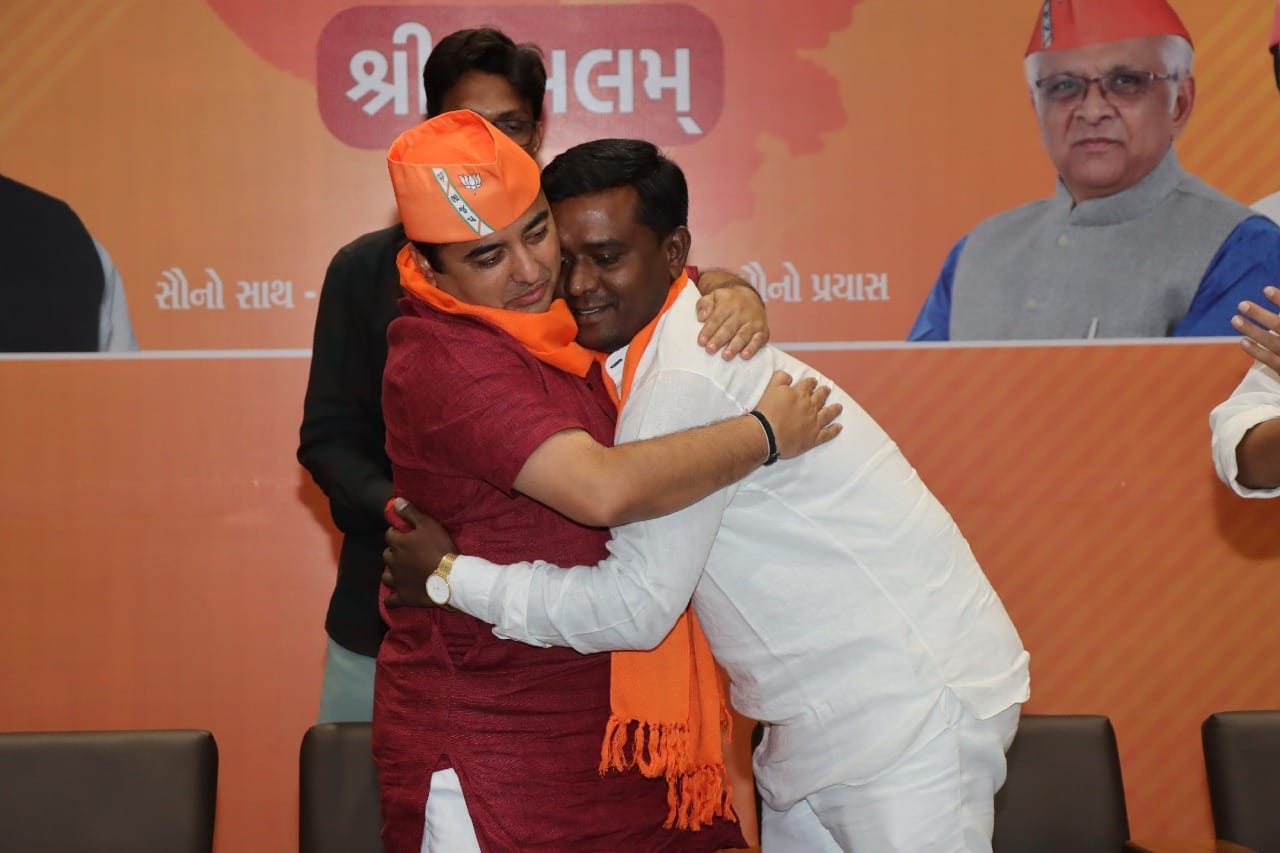 AHMEDABAD: A day after resigning as a Congress MLA in Gujarat, Bhavesh Katara on Thursday joined the ruling Bharatiya Janata Party (BJP).

Notably, Katara was with the BJP in the past, but got suspended after he joined the Congress ahead of the 2017 polls, which he eventually won from Jhalod as a Congress candidate. He was one of the youngest legislators of the state at that time.

He is the third Congress MLA to resign in two days after Mohansinh Rathwa and Bhagwan Barad, who have also joined the ruling party.

Katara had submitted his resignation letter to Assembly Speaker Nimaben Acharya on Wednesday night at the latter’s residence. On Thursday, he was formally inducted into the BJP by the party’s state general secretary, Pradipsinh Vaghela, at the party’s state headquarters in Gandhinagar.

Talking to reporters, Katara said he re-joined the BJP without any pre-condition or commitment for a poll ticket.

“I was with the BJP in the past. I am not keen on contesting the polls this time. I am joining BJP again because I was impressed by the work done by Prime Minister Narendra Modi for the tribals,” he said.

Notably, Katara, who had defeated the BJP candidate in 2017, was not in the list of 43 candidates declared by the Congress a few days back. Instead of Katara, the party has chosen Mitesh Garasiya, who won in 2012, as its candidate for Jhalod this time.

The Jhalod seat is reserved for candidates belonging to the Scheduled Tribes (ST).