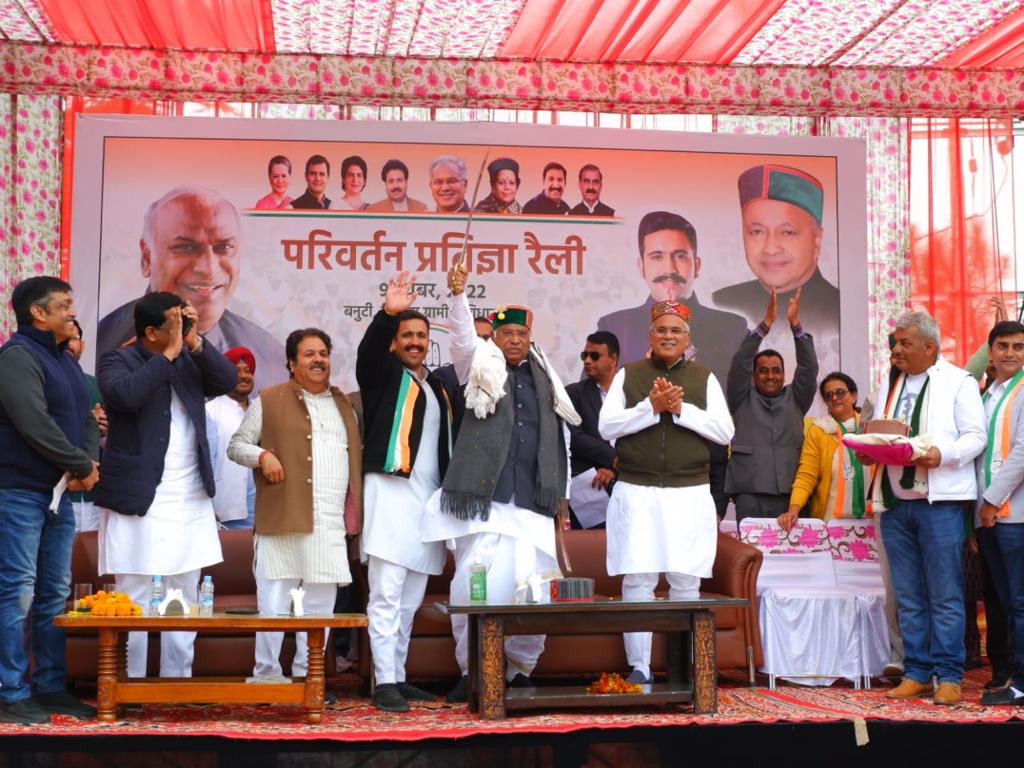 SHIMLA: The presence of several chief ministerial faces in Himachal Pradesh is not the Congress’ weakness but its strength, party president Mallikarjun Kharge said on Thursday as the campaign for assembly elections in the hill state drew to a close.

The ruling BJP, in contrast, is going into elections banking just on Prime Minister Narendra Modi’s face because it is “aware of the failures of the chief minister (Jairam Thakur) and the state government”, Kharge, who is overseeing his first elections after assuming charge as Congress president last month, said.

“The PM is saying don’t look at the candidate, vote for me. This attitude belittles the people of Himachal Pradesh. They know the prime minister will not be there in the state after the voting ends,” the Congress veteran told PTI in an interview, referring to Modi’s campaign speeches.

Confident that the Congress will wrest power from the BJP because the people were determined to bring in change, Kharge said his party is going into the elections on November 12 under a collective leadership.

The state has not re-elected a government since the 1980s.

“The BJP has nothing to show in the form of governance, that is why it is continuously attacking the Congress on non issues. We have several capable leaders who can be chief ministers. We see it as our strength and not weakness,” Congress chief said.

The Congress, he said, had “full faith in the people of the hill state”.

“For a political party every single election is significant. We fight to win….People of Himachal are very intelligent. They have made up their mind. They want change.”

Attacking the ruling BJP for “subverting mandates through coercion and other means”, the Congress president said the BJP had engineered defections to form governments in state after state after people had rejected them.

“We are urging the people of Himachal Pradesh to give us a thumping majority so their mandate remains intact,” the Congress chief told PTI.

Terming jobs, high inflation and the old pension scheme (OPS) as the biggest issues in the state, Kharge said the Congress had in the past fulfilled its promises and shown how best to govern the country.

The Congress’ ambitious manifesto promises, including Rs 1,500 per month to all adult women and restoration of OPS, are evidence of the Congress’ history of governance and economic management, he said.

“Unlike the BJP, we know how to govern. We have done our homework,” Kharge replied when asked to comment on resource mobilisation for its promises.

In his message to the voters of Himachal Pradesh and Gujarat, the Congress chief urged them to vote on the party’s past track record of building India.

“Our agenda of good governance, coupled with growth and welfare and our vast experience in governance is what we stand for. We believe in fresh ideas. We have implemented so many new people friendly schemes in Rajasthan and Chhattisgarh and these states are benefitting from it.

“Congress has adapted to change and we have taken on the challenges of governance head on. We will therefore promise the voters of Himachal that we mean what we say. We don’t make unrealistic jumla’ promises,” he said.

The Congress chief said the Congress is simply requesting voters to evaluate and decide if they are happy with the performance of the BJP government in Himachal Pradesh.

Backbreaking price rise, unprecedented unemployment and all pervasive corruption became a bane for the people, Kharge said. He went on say there is all-pervasive corruption — in police recruitment, there has been corruption in appointment of university professors and even in the manufacturing of PPE suits.

People, he said, want the OPS back because Himachal Pradesh is a state with many government employees.

Kharge also noted that there are 63,000 vacancies in government jobs. More eight lakh youth, he added, are jobless under BJP. And that is why the Congress has announced it will provide one lakh state government jobs.

“We will bring back the OPS as soon as we come to power,” he reiterated.

While elections in Himachal Pradesh are on November 12, Gujarat will go to the polls in two phases on December 1 and 5. The votes will be counted on December 8.