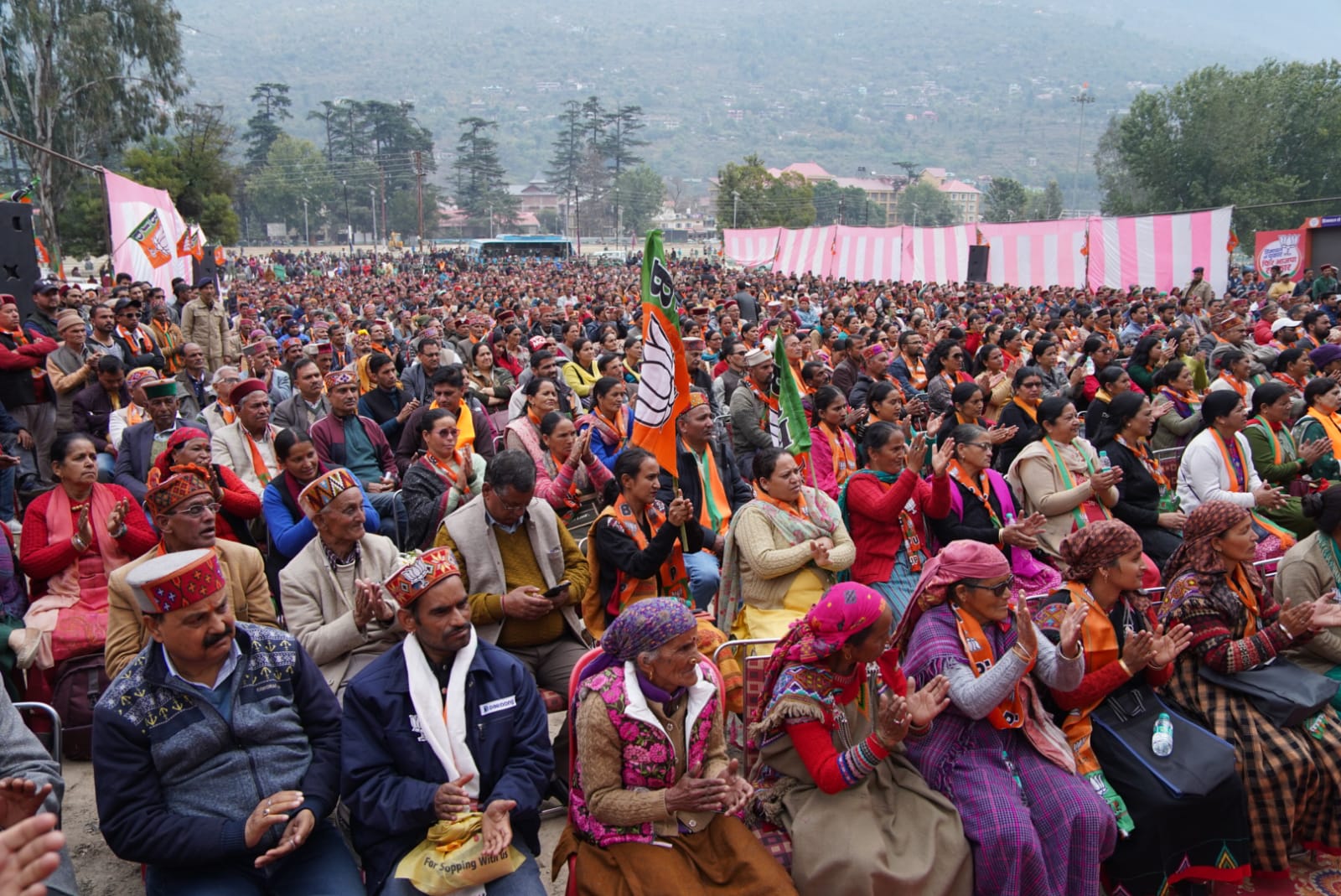 KASUMPTI (SHIMLA): As Satpal, 78, attends to customers, an animated discussion is on outside his grocery shop in Kasumpti Bazar. They are debating the old pension scheme, which has emerged as a key election issue.

The Congress has promised to restore the old pension scheme (OPS), if voted to power in Himachal Pradesh after the November 12 assembly polls in the state.

The OPS will benefit retired employees in a big way, feel most of the people in the group discussing the issue outside Satpal’s shop named ‘Himlaxmi’. But one person seems to differ, asking how the government will generate resources for it.

There are about 2.5 lakh government employees in the state, and out of them 1.5 lakh are covered under the New Pension Scheme.

There have been protests earlier by employees’ associations against the new scheme in Shimla, Mandi, Kangra and Solan.

The old pension scheme, under which the entire pension amount was given by the government, was discontinued in the country from April 1, 2004. According to the new scheme, employees contribute 10 per cent of their basic salary towards pension while the state government contributes 14 per cent.

Satpal says it is up to the government to take a call on these demands, evading a direct reply when asked how big an issue OPS is in the elections.

Yashpal Singh, a voter in Banuti area of Shimla, also admits that the OPS is an important issue in the elections. “Congress can get benefit from it. But Prime Minister Narendra Modi is also popular in Himachal and it’s difficult to say which party is going to win,” he says.

Praveen Sharma, a voter of Shimla (Urban), says, “OPS, high inflation and unemployment are the main issues in the assembly elections.”

From Kasumpti seat, Congress MLA Anirudh Singh of the erstwhile Koti royal family is seeking re-election. He is also a former chairman of the Shimla Zila Parishad.

Singh claims OPS is a big issue in the elections. “BJP has not uttered anything on this issue. Congress will restore OPS immediately after forming the government,” he says.

The main contest from this seat is between Singh and state minister Suresh Bhardwaj, who was denied re-nomination from his Shimla (Urban) constituency.

From Shimla (Urban), BJP has fielded Sanjay Sood, who has been dubbed as a ‘chaiwala’ for owning a tea shop since 1991. Earlier, Sood used to sell newspapers at the bus stand.

Pradeep Sharma (60), who runs a sweet shop in Kasumpti Bazar, prefers not to say anything on OPS.

As he speaks, a car, part of Congress’ poll campaign, passes through the narrow road of the bazar, making announcement that employees’ demand will be met when Congress comes to power in the state.

About Kasumpti seat, Sharma says while good roads have been laid in most parts of the constituency, in the main bazar there is no public toilet while direct transport service to Inter State Bus Terminus is also missing.

Congress MLA Singh says people want to overthrow the Jairam Thakur government as it has “failed” on all fronts.

Singh takes a dig at the BJP over its ‘double-engine government’, saying “their engine has stopped to work now. All work was done in our constituency during Virbhadra Singh-led Congress government”.

“I want to say that Congress is coming back to power with 50-plus seats (out of total 68),” says Singh.

BJP’s Bhardwaj, who is Urban Development Minister, candidly admits that he is “new to this (Kasumpti) constituency”.

“I humbly accepted the party’s decision to shift my seat from Shimla (Urban) to Kasumpti,” he says, adding that the sitting MLA here has not done much work in the area.

“The Congress is facing leadership crisis in Himachal,” claims Bhardwaj.

The BJP has not won Kasumpti seat for nearly 20 years, but Bhardwaj hopes people will back the saffron party this time.