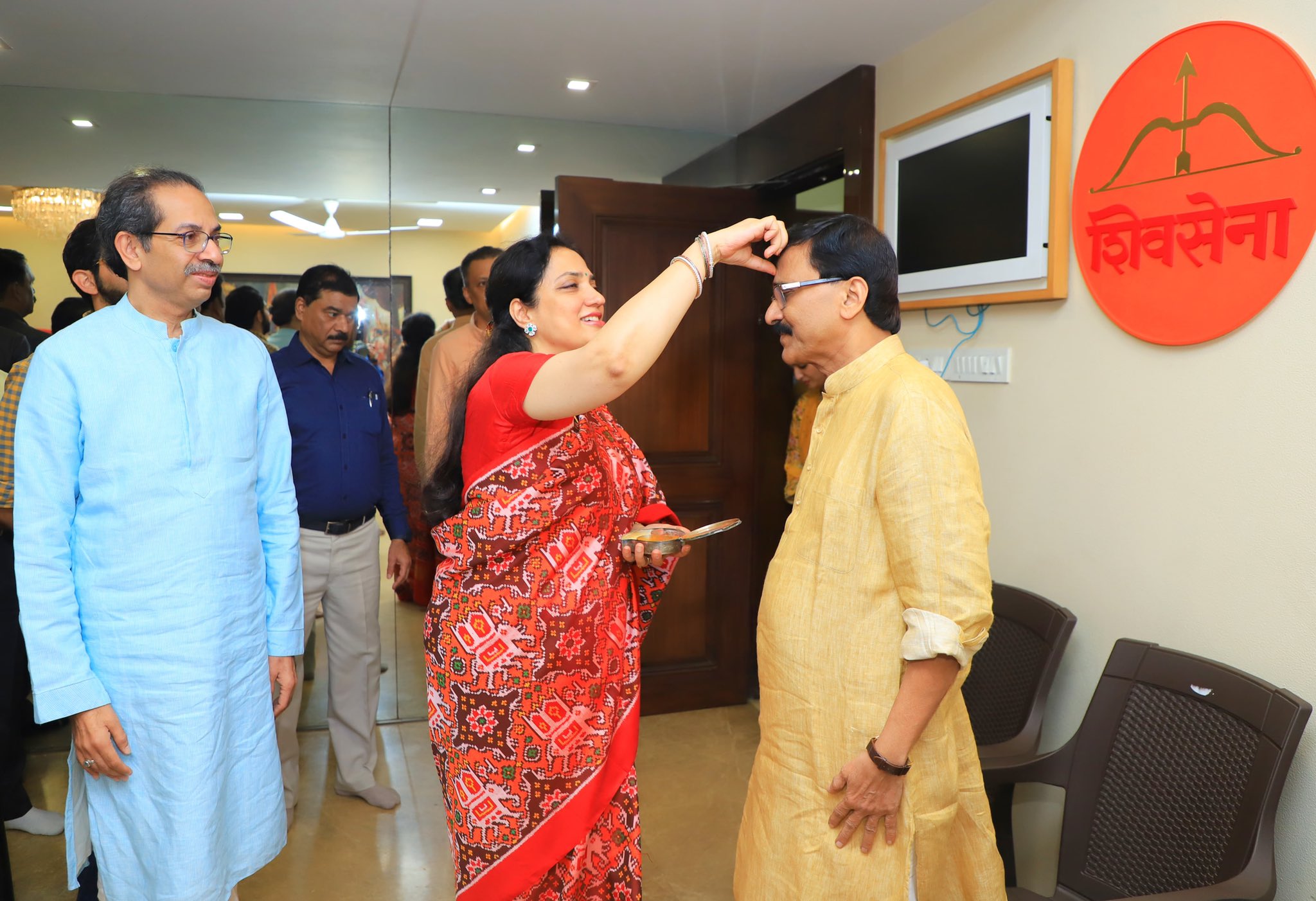 NEW DELHI: Former Maharashtra chief minister Uddhav Thackeray on Thursday claimed that central probe agencies were acting like the Centre’s pets and the decision of a court to grant bail to Shiv Sena MP Sanjay Raut in a money laundering case was like a guide for the country.

Addressing reporters at his residence ‘Matoshree’ in Mumbai’s Bandra area, Thackeray, who heads a faction of the Shiv Sena, said Raut could again be implicated in a false case.

Rajya Sabha member Raut who met the former CM at his residence, said he was confident that the Thackerays and the party were there to stand by his family in his absence and he would go to jail “10 more times” for the organisation.

Thackeray said Raut was family to him and struggles of the latter’s family were his and the party’s.

Raut asserted that there is only one Shiv Sena led by Uddhav Thackeray.

The Sena MP was released from Mumbai’s Arthur Road Jail on Wednesday after a special court here granted him bail. The court had said Raut arrest was “illegal” and a witch-hunt .

“With the court’s order, it is quite evident now that the central agencies are acting like the Centre’s pets and the entire world is watching this, said Uddhav Thackeray, who was flanked by his son Aaditya Thackeray and Raut.

When reporters asked Raut about the Election Commission of India’s decision to freeze the Shiv Sena’s name and symbol, the MP claimed attempts are being made to freeze the Constitution.

People like us are illegally arrested and it is akin to freezing the Constitution, Raut said.

Uddhav Thackeray claimed that splits were engineered in many parties using central agencies and arrests were made illegally.

He said Raut’s case was an example for those who fled the party, on how to put up a fight without being scared.

If one has not done anything wrong, then there is nothing to fear. This is also a lesson for those who fled the party. The judiciary giving its judgements impartially is a good sign and yesterday’s order is a guide, Uddhav Thackeray said.

The unbridled rulers have no idea of what will happen if all these forces come together, he said.

“All days are not the same and the situation changes, he added.

Uddhav Thackeray also showered praise on Raut and said his courage needs to be lauded.

He is a close friend. A friend is the one who stands by you and fights alongside, the former CM said, adding that they address each other by their first name.

When Raut visited ‘Matoshree’, Aaditya Thackeray was present at the entrance of their housing society to receive him.

At ‘Matoshree’, Raut was welcomed by Uddhav Thackeray and his wife Rashmi Thackeray.

Raut said Uddhav Thackeray’s younger son Tejas called him up in the morning and spoke for around 15 minutes.

Earlier in the day, Raut claimed his arrest was political and that such kind of vendetta politics was not seen in the country earlier.

The MP said he has been unwell since his days in jail.

The parliamentarian said he will also meet Prime Minister Narendra Modi and Union Home Minister Amit Shah, but did not give details about it.

He said he will apprise Shah about what he has gone through.

I was in solitary confinement, just like Savarkar and Tilak. Even my arrest was political and I used my time for a good purpose. Whatever my party, my family and I had to endure we have suffered. My family has lost a lot. It happens in life and politics,” Raut said.

Raut claimed the state was being run by Deputy CM Fadnavis and that the new (Eknath Shinde-Fadnavis) government had taken some good decisions, especially housing for the poor, giving more rights to the Maharashtra Housing and Area Development Authority (MHADA), which the MVA government had withdrawn and even he did not like it.

There is a new government in Maharashtra and it has taken a few good decisions. I welcome that. We will not oppose for the sake of opposition. Whatever is good for the country should be welcomed, he said.

Raut said he wants to raise the issue about management of jails with Fadnavis as he is the state home minister.

The MP also said he will neither blame any central agency nor the Union government for his arrest.

I will neither comment on the ED nor the people who were involved in this conspiracy. If they must have found happiness in it, then I join them in their happiness. But I have no complaint against anyone, he added.

Raut also said he welcomes Congress leader Rahul Gandhi’s Bharat Jodo Yatra and had his health been fine, he too would have joined the foot march.