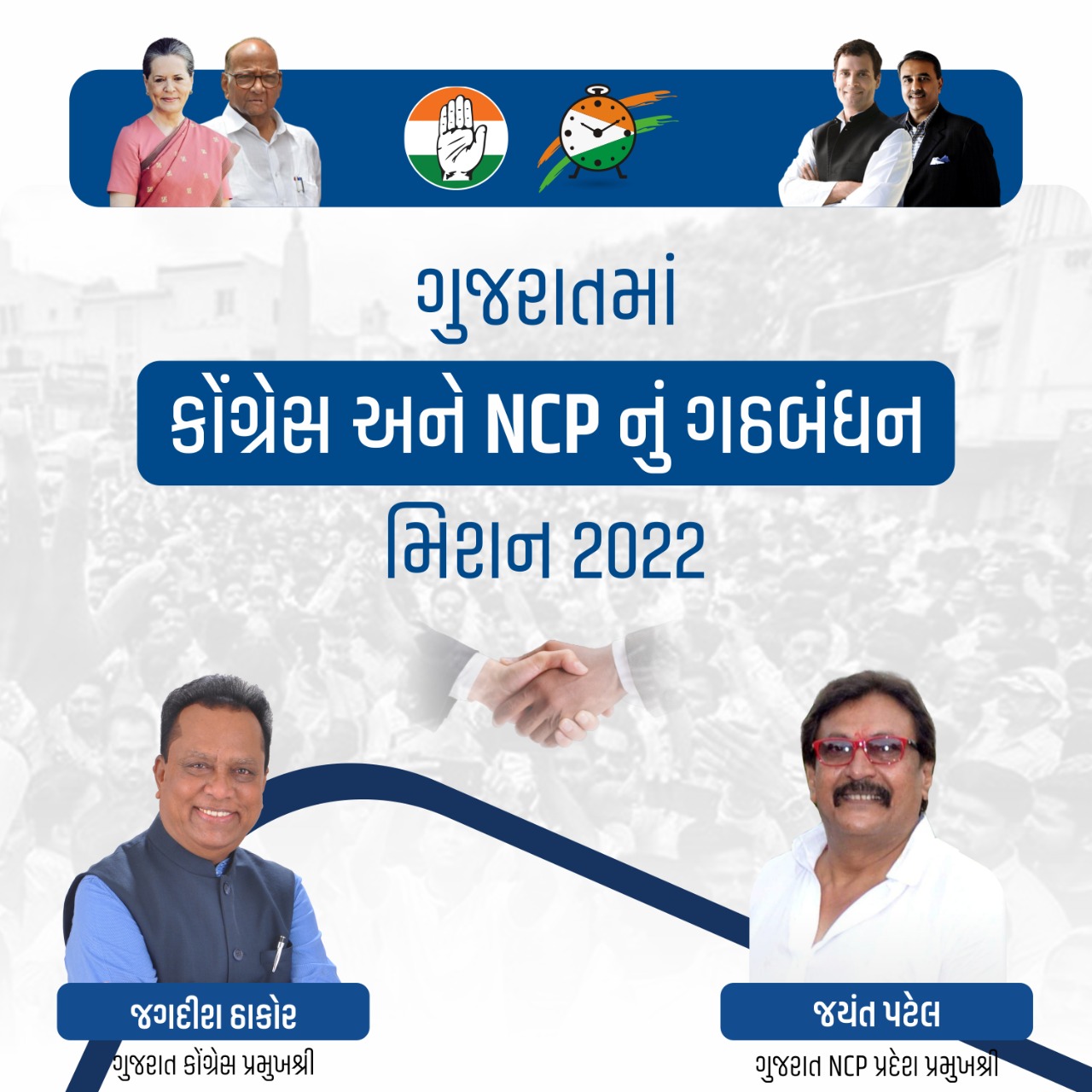 AHMEDABAD: The Congress and the Nationalist Congress Party (NCP) entered into a pre-poll alliance for the next month’s Gujarat Assembly elections, as part of which the Sharad Pawar-led party will contest three of the total 182 seats in the state, the leaders of the two parties announced here on Friday.

In the 2017 Assembly elections, the two parties had contested the Gujarat elections separately. NCP’s Kandhal Jadeja was the only MLA to win from the party. He represents the Kutiyana Assembly seat in Porbandar district.

Making an announcement about the alliance, Gujarat Congress president Jagdish Thakor said, “NCP will fight the upcoming Assembly polls in the state in alliance with the Congress. The NCP will contest three seats – Umreth (Anand district), Naroda (Ahmedabad) and Devgadh Baria (Dahod district) as part of the alliance.”

These three seats are currently held by the ruling Bharatiya Janata Party (BJP).

“The Congress has decided to forge an alliance with those parties that were with us in UPA-1 and 2 at the national level,” Thakor said while expressing confidence that the grand old party would return to power in the state by winning 125 seats.

He said that people sharing the same ideology and working to save the Constitution as well as the country’s unity are coming together against the fascist forces, and this alliance is a part of the same.

“We will make sure that we contest these three seats with honesty. I am thankful for the trust reposed in us by Congress. We will not do anything that will harm the image of the NCP,” he said.

Thakor said there is a possibility that NCP workers would demand more seats, but as per the alliance, the party will contest only three seats.

Elections in the BJP-ruled Gujarat will be held in two phases – on December 1 and 5, and the counting of votes will be taken up on December 8.