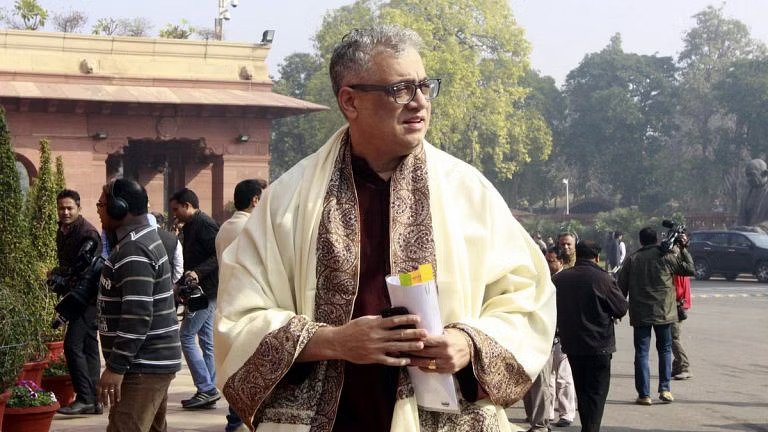 NEW DELHI: TMC MP Derek O’Brien on Friday hit out at the government over the choice of chairpersons of Parliamentary committees, pointing out that his party has zero MPs heading such panels despite being the third largest in Parliament and the second largest Opposition party.

“56 new Chairpersons for #Parliament Committees announced. BJP make a mockery of it. Parties (including some soft allies) with fewer MPs become Chairpersons. Third largest party in Parliament, second largest Opposition party TMC get ZERO!,” he said in a tweet.

In a reconstitution of parliamentary panels, notified by secretariats of both Lok Sabha and Rajya Sabha, chairpersons of several committees were changed last month.

With the Congress losing the chairmanship of parliamentary committee on Home Affairs in the last rejig, all key parliamentary panels — External Affairs, Defence, and Finance — lie with the ruling BJP.

Besides Home Affairs, Congress was also not given the chairmanship of Information and Technology in the reconstitution of parliamentary panels, which happens annually.

Congress MP Abhishek Manu Singhvi has been replaced by BJP MP and former DGP of Uttar Pradesh Brijlal as the chairman of the Parliamentary Standing committee on Home Affairs.

Congress MP Shashi Tharoor has been replaced by Prataprao Jadhav, a Shiv Sena MP from the Shinde faction, as the head of the Parliamentary Panel on Information Technology.

Tharoor’s committee was in news throughout the year for taking up several subjects which were critical of the government.

The Trinamool Congress, which had the chair of the Parliamentary Panel on Food and Consumer Affairs, has not been given the chairmanship of any parliamentary committee after the reshuffle.

The panel on food will be chaired by BJP MP from West Bengal Locket Chatterjee.

BJP’s erstwhile ally JD(U) has also been given a committee in the latest restructuring. Its Rajiv Ranjan Singh will now chair the panel on Urban Development.