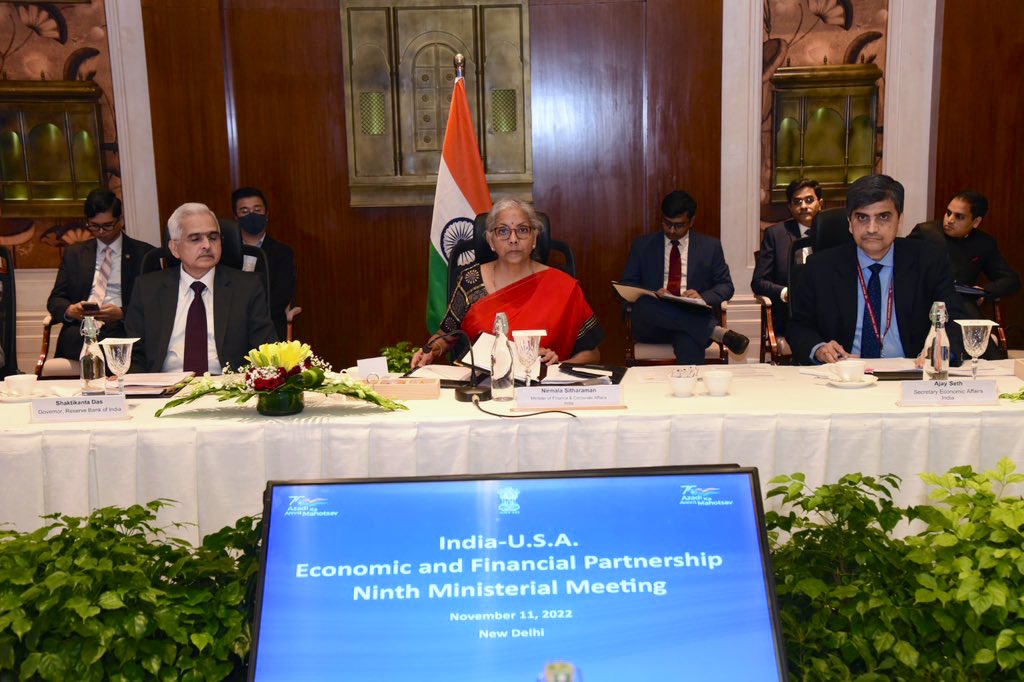 NEW DELHI: India has emerged as one of the fastest-growing major economies in the world and is expected to be one of the top three economic powers globally over the next 10-15 years, Finance Minister Nirmala Sitharaman said on Friday.

Speaking at the US-India Businesses and Investment Opportunities event here, Sitharaman said, the global economic outlook remains challenging and the Indian economy is not insulated from the impact of global economic developments.

However, she said, India has carved out its growth trajectory supported by the above-normal south-west monsoon, public investment, strong corporate balance sheets, upbeat consumer and business confidence and receding threat of the Covid pandemic.

“India has emerged as one of the fastest-growing major economies in the world. It has recently surpassed the UK to become the fifth-largest economy in the world and is expected to be one of the top three economic powers globally over the next 10-15 years,” she said.

Listing out some of the important measures taken by the government to boost the economy, the finance minister mentioned about Production Linked Incentive (PLI) schemes across sectors, PM GatiShakti programme and semiconductor mission.

“We recognise foreign capital flows as a vital component of India’s growth story. Key reforms include simplification and rationalisation of the Foreign Portfolio Investor (FPI) regulations, increase in aggregate foreign investment limit, introduction of Common Application Form (CAF) for registration of FPIs, and opening of new channels of debt investments like the Voluntary Retention Route (VRR) and Fully Accessible Route (FAR),” she said.

The success of these measures is reflected in the sustained investment flows entering India through the FPI route, she said.

Significantly, she said, the US is the top source country of FPI investment in India, with the Asset under Custody (AUC) of FPIs from the USA standing close to USD 234 billion as on September 30, 2022.

On India’s digital prowess, Sitharaman said it will define India’s growth and development in the next decade — medium to long term.

India has built an entirely new digital economy by leveraging the foundations of over a billion bank accounts, a billion mobile phones, and a billion digital identities (Aadhaar), she said.

“Today, we have a powerful story on Digital Public Goods (DPG) to tell the world. The economy is seeing an exponential increase in new-age FinTech firms. India has the highest FinTech adoption rate as compared to the global average,” she said.