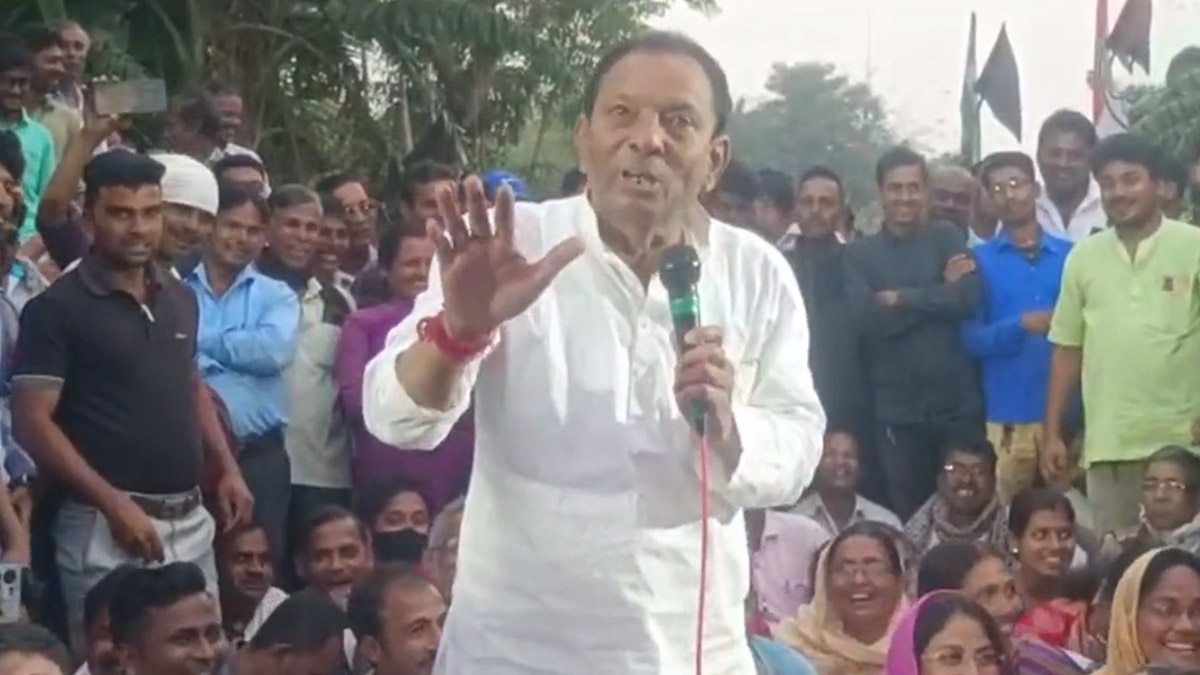 After the video clip of his comments went viral, Giri apologised for making such a remark.

In a 17-second video clip, the authenticity of which PTI could not verify independently, Giri was heard commenting on the “looks of the President”.

“They (BJP) said that I am not good-looking. We don’t judge anyone by their appearance. We respect the office of the President (of India). But how does our President look?” Giri, the minister of state for Correctional Homes, was heard saying at a rally in a village in Nandigram late on Friday evening.

Later while talking to reporters this morning, Giri apologised for making such a remark.

“I didn’t mean to disrespect the Honourable President. I was replying to what BJP leaders said while verbally attacking me. Every day I am verbally attacked for my looks. If someone thinks I have disrespected the President, then it is wrong. I apologise for making such a remark. I have immense respect for the President of our country,” he told a news channel.

Later in a video statement, Giri said he regretted making such a remark resulting from an outburst of anger following continuous attacks aimed at him.

“Just like I have respect for the country’s constitution, I also respect the President of India, who is the Head of the State. I also work as per the constitution of the country. But for the last few days, the kind of remarks made by BJP leader Suvendu Adhikari against me and my looks has left me humiliated and fuming. I am an old man, and by mistake, I have made a remark out of emotional outbursts of my anger. I regret making such a remark,” the 63-year-old TMC MLA said.

The Nandigram area in East Midnapore district, the backyard of Adhikari, has witnessed rallies and counter-rallies by the TMC and BJP in the last week as both the parties have started warming up for the rural polls due early next year.

However, the BJP lashed out at the Trinamool Congress and said Giri’s remark reflected the “anti-tribal” mindset of the TMC.

Amit Malviya, In-charge of BJP’s National Information & Technology Dept, Co-in charge West Bengal said in a tweet, “Akhil Giri, minister in Mamata Banerjee’s cabinet, insults the President, says, We don’t care about looks. But how does your President look? Mamata Banerjee has always been anti-Tribals, didn’t support President Murmu for the office and now this. Shameful level of discourse”

“This is a heinous act and cannot be forgiven. The insult to the respected President is an insult to the women of this country and the entire population. He should be immediately disqualified as MLA and should be arrested. I have written to the National Women Commission regarding it,” Khan said.

The Bengal BJP took out rally in various parts of the state including Kolkata demanding Giri’s removal as minister and his arrest.

The TMC said it doesn’t support such a comment but won’t take responsibility for remarks made by leaders in an individual capacity.

“We don’t want to comment on stray remarks by individuals. The party neither supports such remarks nor takes responsibility for such comments. We have immense respect for the President of the country,” TMC spokesperson Kunal Ghosh told PTI.

The party, in a statement, said the leadership in no way endorsed such a remark.

“It’s his personal remark. The party and the leadership in no way endorse this. We have the highest regard for the President. Whenever the matter is about women empowerment and introducing schemes that will help women across the state, our chairperson and chief minister Mamata Banerjee has always led from the front,” the statement said.