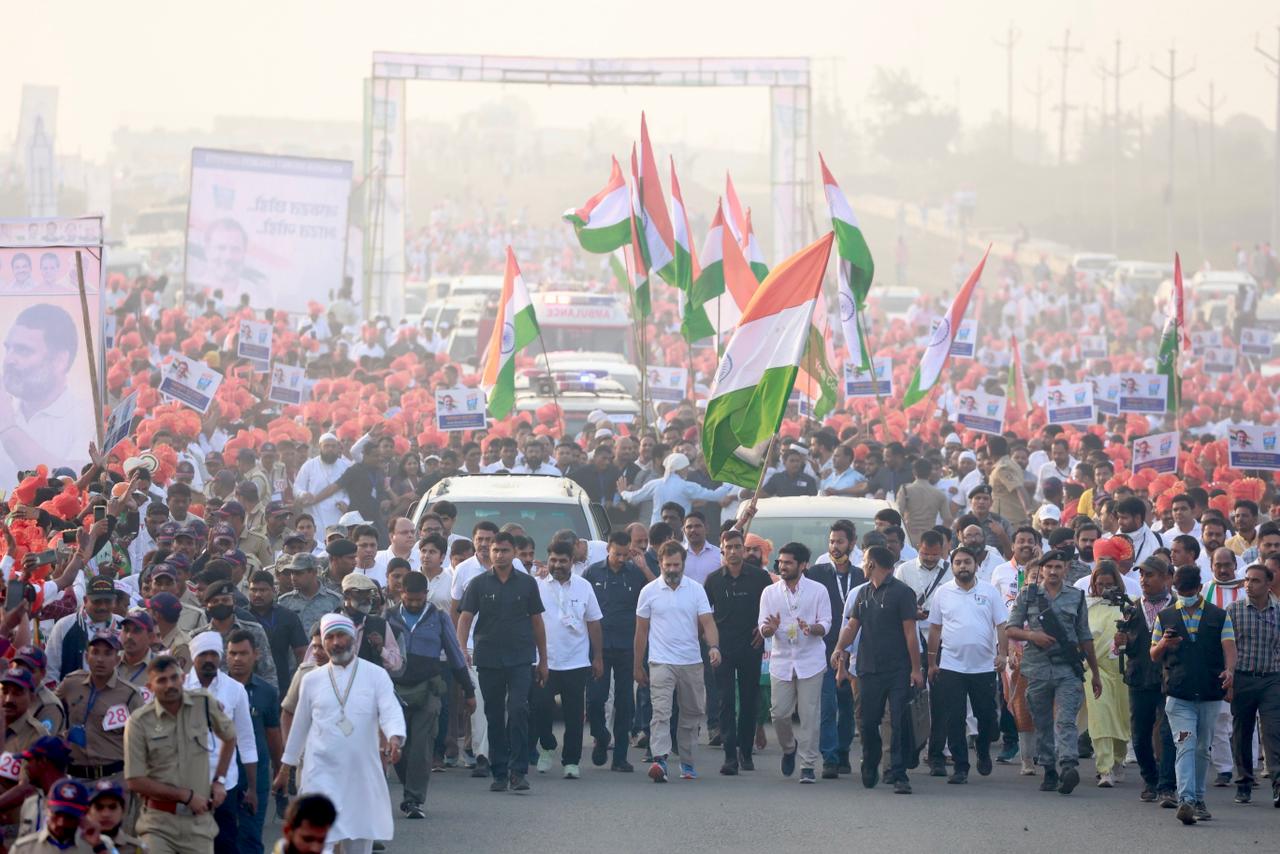 HINGOLI: The Bharat Jodo Yatra of the Congress took a one-day break in Maharashtra on Sunday and it will proceed from Kalamnuri in Hingoli district to Washim on Monday.

Senior Congress leader Rahul Gandhi addressed a public gathering in Kalamnuri on Saturday night, the sixth day of the yatra in Maharashtra, and said the message of the foot march led by him was that India cannot be divided and hatred would not be allowed to be spread.

The Congress leader had also targeted the state and Central governments over the shifting of mega projects like the Vedanta-Foxconn and the Tata Airbus from Maharashtra to poll-bound Gujarat.

The yatra, which began on September 7 from Kanyakumari in Tamil Nadu, entered its 66th day on Saturday and has so far covered 28 districts in six states.

All India Congress Committee General Secretary (communications ) Jairam Ramesh in a tweet on Saturday night said,””66th day of #BharatJodoYatra draws to a close in Hingoli district. The enthusiasm of people throughout the day was very heartwarming. Tragically, we lost our colleague Rajeev Satav who had represented Hingoli in LS to Covid last June (in 2021). He was in our thoughts. Tomorrow’s a rest day.”

The yatra, which has covered half of its total distance of 3,750 km, entered Maharashtra from neighbouring Telangana on November 7 night and has covered Nanded and Hingoli districts in the western state.

The Congress’s mass contact initiative will cover a distance of 382 km across five districts of Maharashtra before entering Madhya Pradesh on November 20.

It will pass through 12 states before culminating in Jammu and Kashmir after spanning a distance of 3,570 km over nearly 150 days.