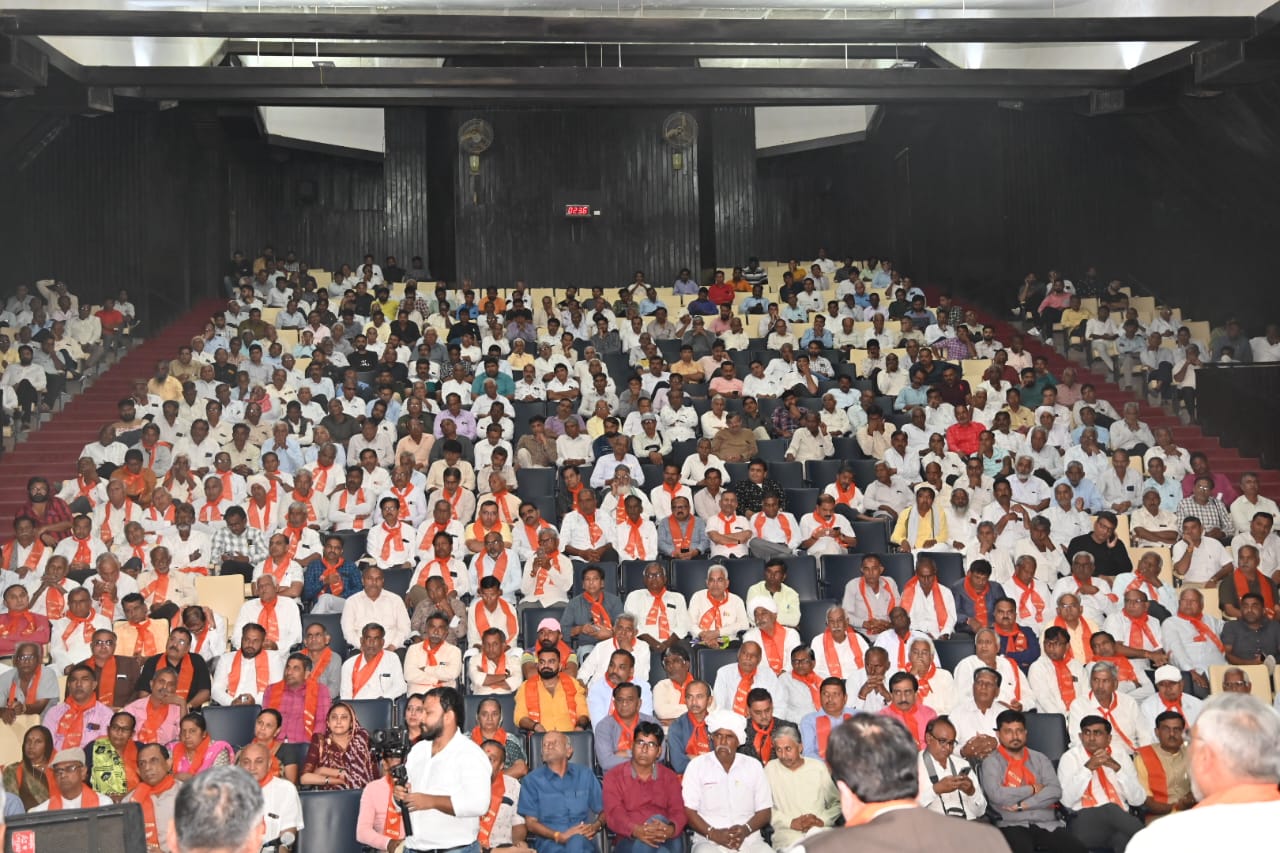 AHMEDABAD: At least one sitting Bharatiya Janata Party (BJP) MLA and four former legislators have threatened to contest as independents after being denied tickets by the BJP for the upcoming Gujarat Assembly elections.

While some of these disgruntled leaders have said they will make their next move after consulting supporters, former BJP MLA and the party’s known tribal face Harshad Vasava already filed his nomination papers on Friday as an independent from Nandod seat, reserved for Scheduled Tribe candidates.

Vasava is the president of Gujarat BJP’s Scheduled Tribe Morcha and represented the erstwhile Rajpipla seat between 2002 and 2007 and from 2007 to 2012.

Nandod in Narmada district is currently held by the Congress. The BJP has fielded Dr Darshana Deshmukh from the seat.

Unhappy over the announcement, Vasava resigned from his post in the BJP and submitted his nomination papers for the Nandod seat on Friday.

Elections for the 182 member Gujarat Assembly will be held in two phases on December 1 and 5. The counting of votes will be taken up on December 8.

“There is an original BJP and a duplicate BJP here. We will expose those who have side-lined committed workers and given key posts to newcomers. I have sent my resignation to the party. People of this area know how much work I have done as an MLA between 2002 and 2012,” Vasava told reporters after filing his nomination as an independent.

In the neighbouring Vadodara district, one sitting and two former BJP MLAs are up in arms against the party after being denied tickets.

Six-time MLA Madhu Shrivastav from Vaghodia, who has been denied a ticket, said he will contest as an independent if his supporters want him to. The BJP has fielded Ashwin Patel from the seat.

Another former BJP MLA Dinesh Patel aka Dinu Mama of Padra seat in Vadodara district has also said he would contest the election independently. The BJP has given the ticket to Chaitanyasinh Zala. The seat is held by the Congress.

Akshay Patel had won on the Congress ticket from the seat in 2017. He joined the BJP in 2020 and won the subsequent bypoll.

“Everyone knows what Akshay Patel did as an MLA. My supporters and cooperative sector leaders of Karjan have asked me to fight this election, even as an independent. I was not consulted before the party decided to give the ticket to Akshay Patel,” Satish Patel told reporters in Karjan.

“In fact, 80 per cent of the workers and office-bearers of the BJP had recommended my name during the ‘sense’ exercise. But, I was rejected in the end. We would have accepted any other person as a candidate, but BJP workers and local leaders can never accept Akshay Patel,” he claimed.

In a damage control exercise, state BJP general secretary Bhargav Bhatt and Minister of State for Home Harsh Sanghavi on Saturday visited Vadodara and met local party workers. Bhatt exuded confidence that the BJP will win all the seats of Vadodara.

“We will convince Dinu Mama not to go ahead with his plans. There is still scope. He has always remained with the BJP and we are sure he will come back. He has yet not filed his nomination as an independent,” said Bhatt.

Speaking on the issue, Sanghavi said, “The BJP is like a family and all members of this family are united. We all are one and the BJP will win the election with the support of the people.”

Meanwhile, Arvind Ladani, former BJP MLA of Keshod seat of Junagadh, announced on Saturday that he would fight the polls as an independent after the party gave the ticket to present MLA Devabhai Malam.

“People of Keshod are angry because I was denied the ticket by the BJP. People know how much work I have done for Keshod. Thus, people as well as my supporters have asked me to fight as an independent. I will file my nomination on November 14,” said Ladani, who was the MLA from 2012 to 2017.

The BJP has so far named candidates for 166 Assemblyseats out of the total 182.