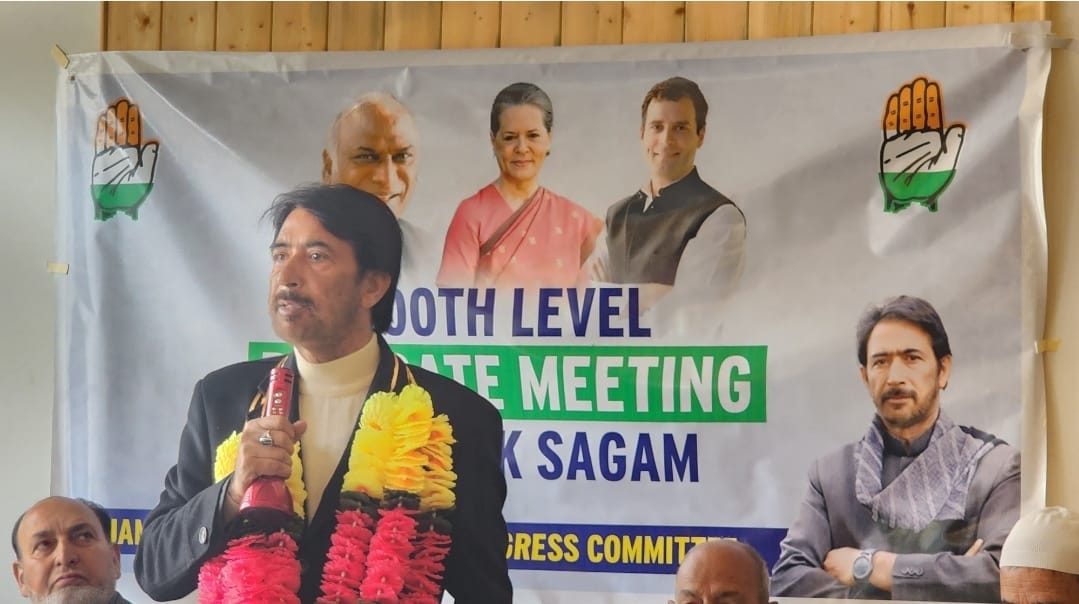 SRINAGAR: Jammu and Kashmir is the victim of ”wrong policies” of the BJP-led Central government (Narendra Modi government) which is out to ”destroy” the very foundation of democracy, senior Congress leader Ghulam Ahmad Mir said on Sunday.

”Only Congress party is capable enough to defeat divisive and anti-people policies of the BJP. The Congress will remain committed to the cause of working and strengthening people of all shades living in the country,” the former J&K Pradesh Congress Committee (JKPCC) president said.

Mir was addressing booth-level delegates of Sagam block of Kokernag area in South Kashmir’s Anantnag district. ”BJP government at the Centre is out to destroy the very foundation of the democracy in the country as it has done in Jammu and Kashmir aiming to rule it through remote control,” he said.

Mir claimed that though there has been a little damage to the Congress due to defections by some leaders, the party would stand against the challenges.

”The anti-Congress policies adopted by the BJP government will not weaken our resolve to fight for the peoples’ rights and safeguarding their interests,” he said.

The Congress leader further said Jammu and Kashmir is the ”victim of wrong policies” of the BJP government which first dissolved the state legislature ”to muzzle the voice, then not allowed the elections to happen till date in order to hide its nefarious agenda aiming to rule J&K through remote control, so that no genuine voice would emanate from the ground”.

”The tall claims about development of J-K, fake narrative built up with regard to employment generation, so called ‘back to village’ programmes, and frequent visit of Central ministers did not yield any results, reflecting the absolute failures on the part of the BJP government on all fronts,” the former JKPCC president said.

Saying there was ”chaos and confusion” across the Union territory due to the ”remote control” policy, Mir asserted that common people believe that BJP was ”settling scores” with them by ”depriving them of democratic rights, so that their voices could go unheard”.

”But the time is bound to change. How long J&K would be left at the mercy of remote control policy of the Centre. Such undemocratic exercise will not last long, it will have to change,” he added.