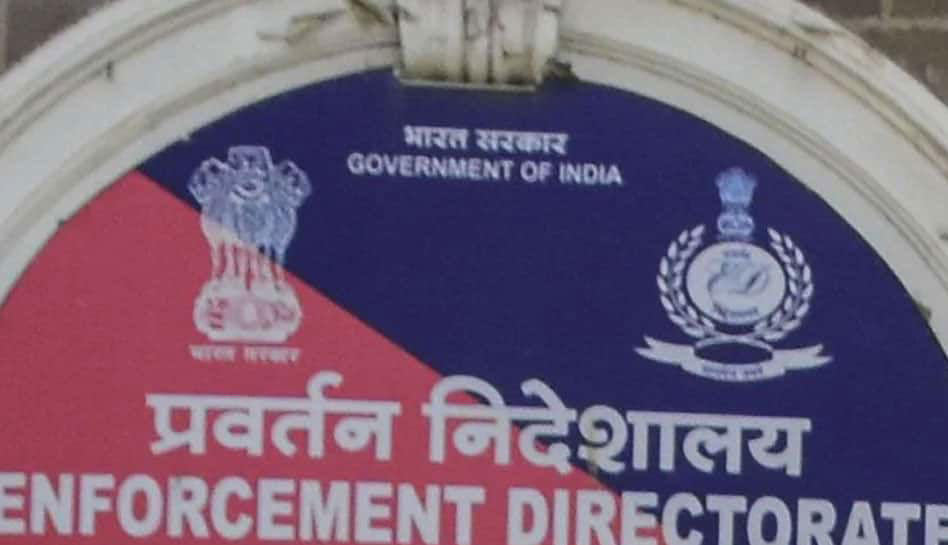 The two are currently in judicial custody and lodged in jail here after the Central Bureau of Investigation (CBI) arrested them in the same case.

While Nair was arrested by the CBI in September, Boinpally was apprehended last month.

The Enforcement Directorate (ED) will seek the custody of the two from a special Prevention of Money Laundering Act (PMLA) court on Monday, they said.

The ED is investigating the money laundering angle of the case and the two will be confronted with the evidence gathered and statements recorded by other persons and accused involved in the formulation and implementation of the liquor policy, officials said.

It recently informed a local court that ED officials have undertaken as many as 169 search operations in this case so far.

It also informed the court during remand proceedings of Babu, Sarath and Reddy that the policy was “leaked” to certain liquor manufacturers about 45 days before its public release and a probe found that three dozen VIPs, including Deputy Chief Minister Sisodia, allegedly changed as many as 140 mobile phones with the intention to destroy digital evidence.

It said several people questioned by it during the course of investigation “have revealed that bribe to the time of Rs 100 crore had been given in advance for undue benefits to select business groups to operate in the Delhi excise policy 2021-22.”

The money laundering case stems from a CBI FIR that had named Delhi deputy chief minister Manish Sisodia as an accused among others.

The CBI had raided the premises of Sisodia and some Delhi government bureaucrats after filing the case.

The CBI FIR alleged that Arjun Pandey, an associate of Sisodia, had once collected about Rs 2-4 crore in cash from Sameer Mahandru on behalf of Nair, former CEO of Only Much Louder (OML), an entertainment and event management company.

The CBI in its FIR alleged that “close associates” of Sisodia — Amit Arora, Director of Buddy Retail Pvt. Limited based in Gurgaon, Dinesh Arora and Arjun Pandey — were “actively involved in managing and diverting the undue pecuniary advantage collected from liquor licensees” for the accused public servants.

Nair, a well-known name in the entertainment circuit, had started OML as a management company for Indie bands but gradually shifted focus towards comedy with some noted standup artists, comedy collectives and live music shows.

The Arvind Kejriwal-led AAP had alleged after Nair’s arrest (by CBI) is part of the BJP’s “ongoing attempt” to crush the AAP and obstruct its campaign in Gujarat where assembly polls are due to be held next month.

“Vijay Nair is communication in-charge of AAP. He was responsible for developing and implementing communication strategies in Punjab earlier and Gujarat now. He has nothing to do with the excise policy. Strangely, he has been arrested by the CBI just now in the excise case,” the party had said.

The Hyderabad-based Boinpally is not named as an accused in the CBI FIR but his close associate and partner Arun Ramchandra Pillai is.

The two founded Robin Distribution LLP in July this year, according to the Registrar of Companies (RoC) database.

He was allegedly involved in the “cartelisation” for the “southern lobby”, which refers to big liquor distributors in Telangana and Andhra Pradesh dominating the market, the CBI said.

The excise scheme came under the scanner after the Delhi LG recommended a CBI probe into the alleged irregularities in the implementation of the Delhi Excise Policy 2021-22. The LG had also suspended 11 excise officials.

The ED has questioned AAP MLA Durgesh Pathak, minister Satyendar Jain, currently in jail in an another money laundering case, and a PA of Sisodia apart from a number of other players and private executives in this case till now.

The CBI inquiry was recommended on the findings of the Delhi chief secretary’s report filed in July showing prima facie violations of the GNCTD Act 1991, Transaction of Business Rules (ToBR)-1993, Delhi Excise Act-2009, and Delhi Excise Rules-2010, officials had said.