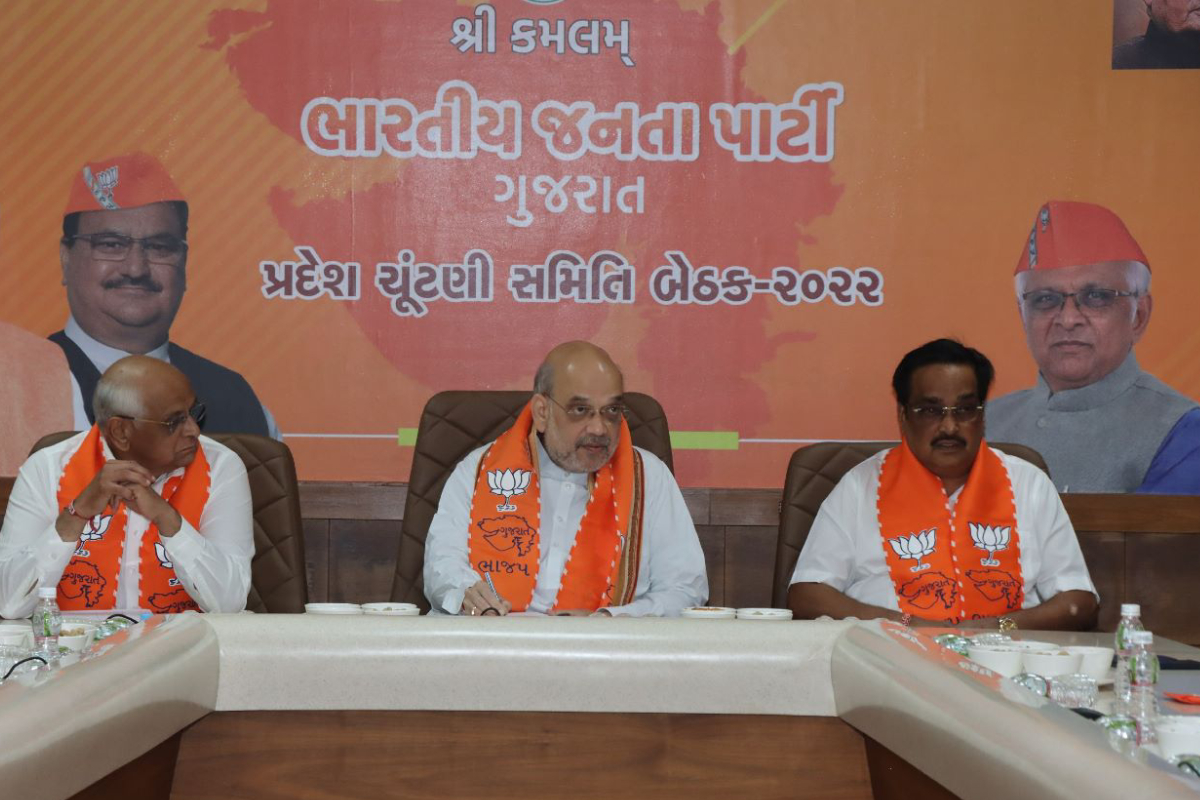 AHMEDABAD: Bhupendra Patel will remain the chief minister of Gujarat if BJP secures a majority in the next month’s Assembly elections, senior party leader and Union Home Minister Amit Shah said on Monday.

Shah’s statement makes it clear that Patel is the chief ministerial candidate of the BJP, which is eyeing the seventh consecutive term in the home state of Prime Minister Narendra Modi and Shah.

“If BJP gets a majority in Gujarat, Bhupendra Patel will be the next chief minister,” Shah told CNN-News18 here.

Patel replaced Vijay Rupani as the chief minister in September 2021, a move that surprised many.

He is the first-time MLA from the Ghatlodia constituency. He is renominated from the same seat.

Congress has decided not to declare the CM face for the elections.

Voting for the total of 182 seats in Gujarat will be held in two phases on December 1 and 5. The counting of votes will be taken up on December 8.

In the 2017 polls, the BJP’s winning tally came down to two digits at 99 while the Congress bettered its performance by winning 77 seats.

With its aggressive campaign, AAP is projecting itself as the main challenger to BJP in the state, where polls have typically remained a bilateral contest between the saffron party and Congress.