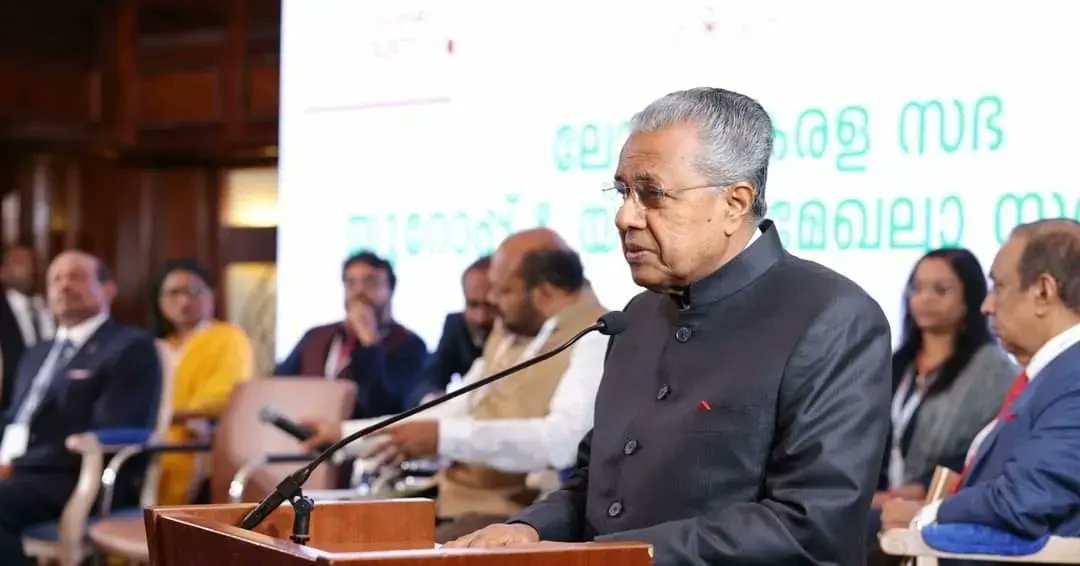 THIRUVANANTHAPURAM: The Left government is continuously taking steps to mould the future generations into being more knowledgeable and skilled as a society’s development is determined by the living standards of the children in it, Kerala Chief Minister Pinarayi Vijayan said on Monday on the occasion of Children’s Day.

It is our responsibility to ensure that our children live in a world free from poverty and inequality. As we honour Jawaharlal Nehru on #ChildrensDay, let's work together to make this a reality and fill our world with joy and harmony. Happy Children's Day to all.

Vijayan, in a social media post on the occasion that is also the birth anniversary of the country’s first Prime Minister Jawaharlal Nehru, said the Department of Women and Child Development was created to coordinate the government activities and schemes for the welfare of children.

He said one such scheme was the ‘Poshakabalyam’ project which aims to ensure nutrition of children.

Besides, implementation of the smart Anganwadis in the state, sanctioning Rs 3.2 crore towards financial assistance of orphans and parenting clinics in all panchayats of Kerala were the other major positive steps taken by the Left government, he said in the post.

The Chief Minister further said that even Nehru believed that India can achieve social progress only by ensuring the welfare of children. Therefore, Kerala’s achievements in child welfare are also the realisation of Nehru’s ideas, he added.

Vijayan further said that Nehru had also advocated for a secular democratic India.

Along with ensuring welfare of children, we also need to protect the democratic and secular principles he stood for as they too are facing challenges presently, the Chief Minister further said in his post.

Leader of Opposition in the state assembly V D Satheesan, in a social media post on the occasion, also called for working tirelessly to ensure education, health and safety of children, while hailing Nehru’s contributions.