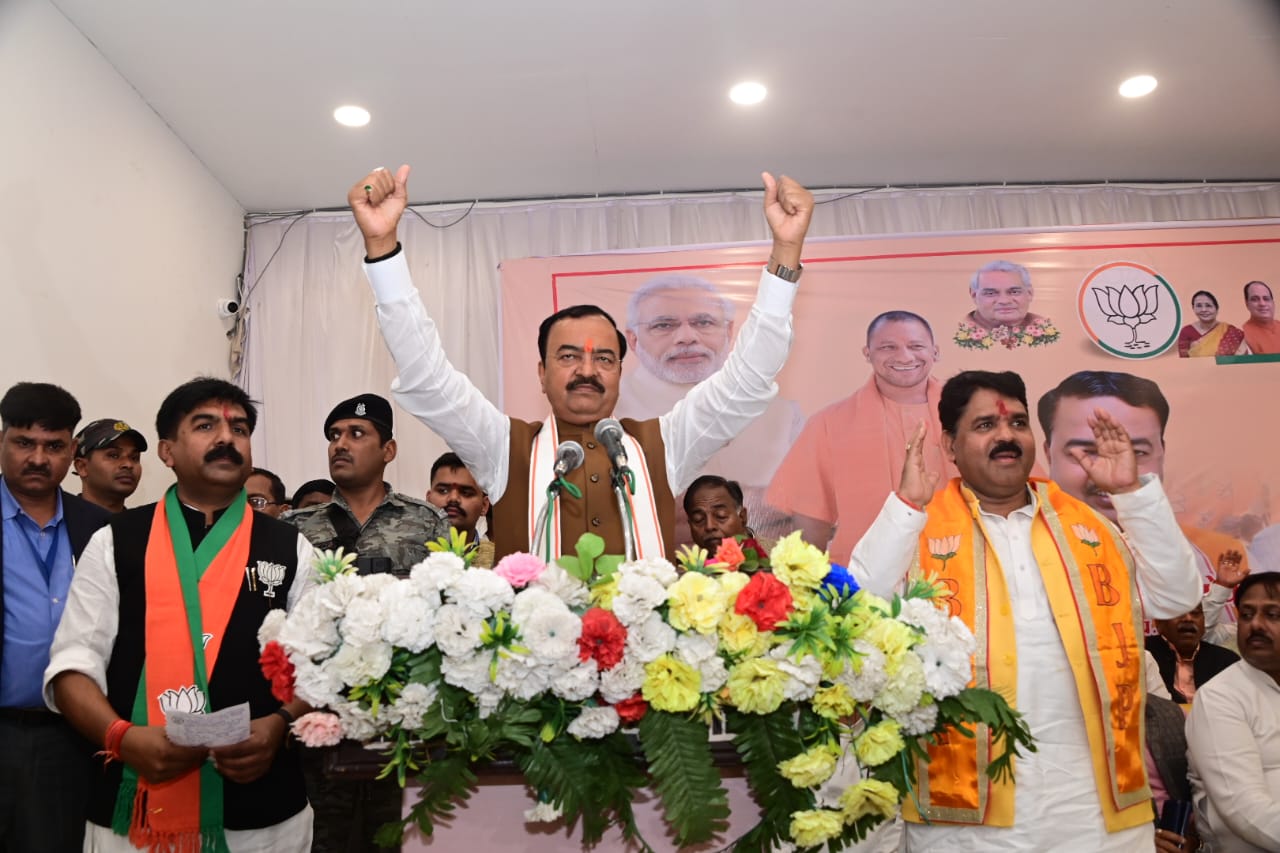 The Bharatiya Janata Party (BJP) had on Tuesday named Shakya, a former member of parliament (MP), as its candidate to take on Samajwadi Party’s (SP) Dimple Yadav on the seat considered as the stronghold of the SP.

The by-election has been necessitated due to the death of SP patriarch Mulayam Singh Yadav. Uttar Pradesh Deputy Chief Minister Keshav Prasad Maurya, state BJP chief Bhupendra Chaudhary, Union minister B L Verma, state general secretary Ashwani Tyagi, among others were present during the filing of nomination of Shakya.

Addressing a large gathering after the filing of nomination, Maurya claimed that people will vote for the saffron party in huge numbers and the party will snatch the seat from the SP. He said central leaders, after a long deliberation, have fielded Shakya. He also assured that all illegal encroachments will be removed and ‘goondagiri’ (hooliganism) will have no place in Mainpuri once the BJP candidate is elected from the seat.

On the SP naming Shivpal Singh Yadav as its star campaigner on the seat, Maurya exuded confidence that the BJP will register a thumping victory. Stressing that Mainpuri seat is important for the BJP, the minister said the party will create a record by winning the seat with the help of the sustained efforts of the party workers. “’Kamal (BJP’s party symbol–lotus) khilega’ and the BJP will win with record votes,” he said, adding that Akhilesh Yadav cannot be Mulayam Singh Yadav as he only wants to take the benefit of his father’s name, ”but people know him well and all his efforts will go in vain”. The BJP had successfully breached the SP’s citadels of Azamgarh and Rampur Lok Sabha seats recently, and is hoping to do the same in Mainpuri.