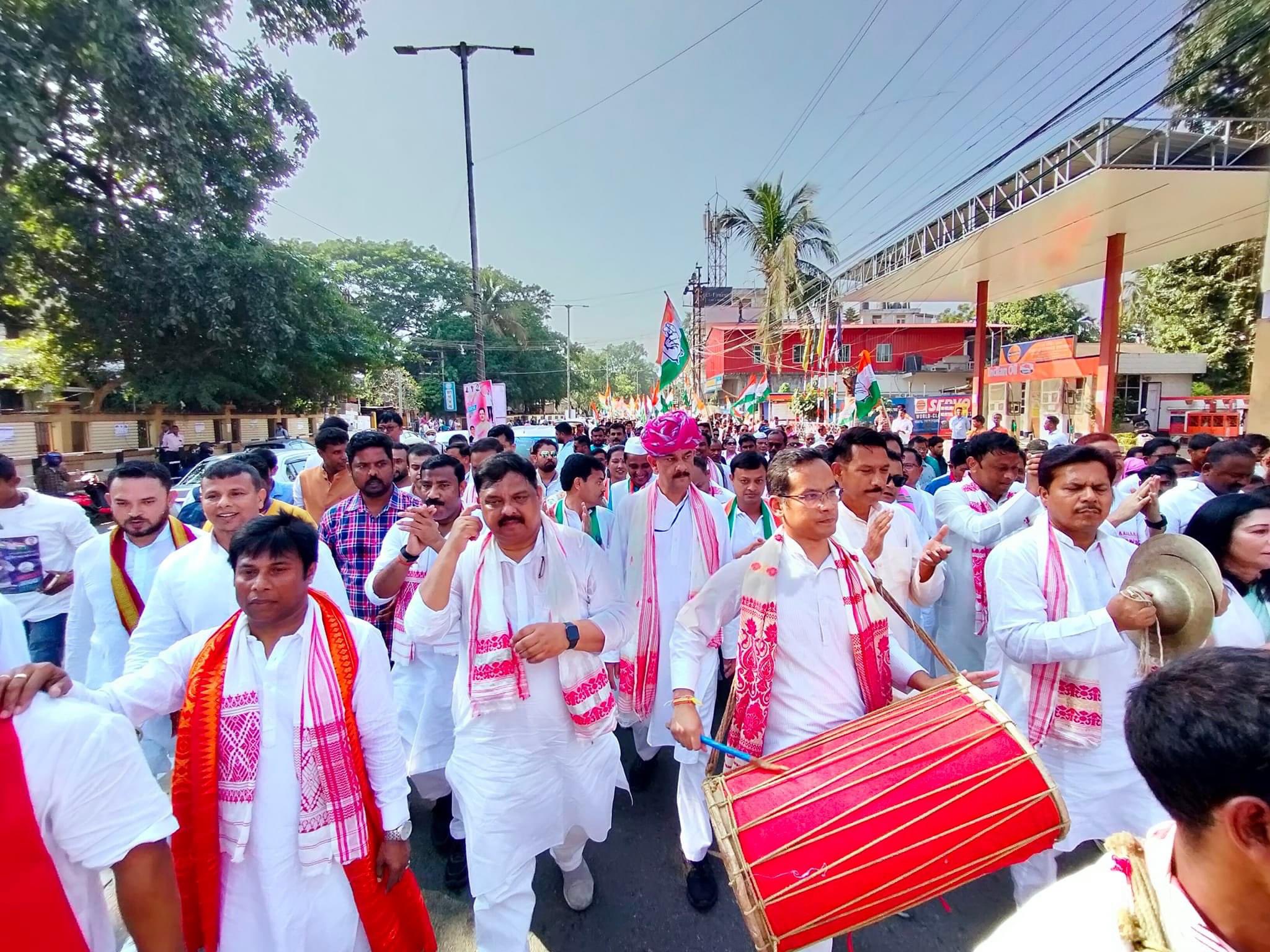 “More than 500 people joined the march on Thursday,” he said.

The Congress, the main opposition party in Assam, had on November 1 started the ‘Bharat Jodo Yatra’ from Dhubri district and planned to cover a distance of 834 km in 70 days.

The momentum continues
on the 16th day of #BharatJodoYatraAssam pic.twitter.com/znuNBR8ReX

Besides the main 3,570-km Kanyakumari to Kashmir yatra, the Congress is organising several sub-marches in states from where the main yatra will not pass.

The Congress’ spokesperson said delegates of Raijor Dal joined the rally in the city and extended its support to the programme.

“The Raijor Dal is supporting our yatra as it wants to deter the BJP’s expansionist designs,” he said.

The Congress spokesperson said other opposition parties of the state and prominent citizens will join the rally on Friday, which had already passed through Chief Minister Himanta Biswa Sarma’s Jalukbari constituency on Wednesday.

The march will culminate at Sadiya in the easternmost part of the state, the spokesperson added.