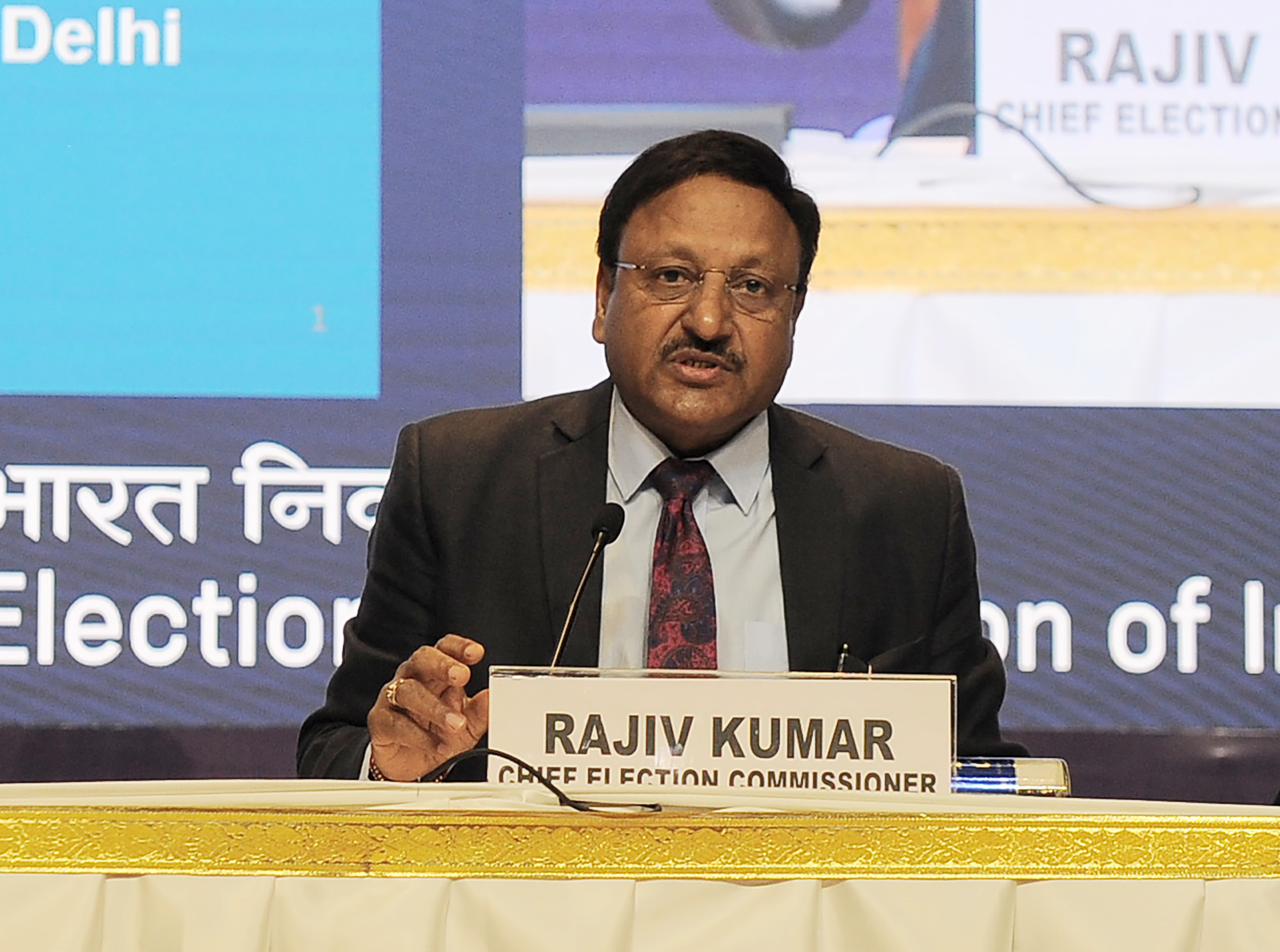 The Chief Election Commissioner, Shri Rajiv Kumar interacting with media at the Press Conference, organised by the Election Commission of India for the General Election to Legislative Assembly of Gujarat, from New Delhi on November 03, 2022.

NEW DELHI: The Election Commission of India (ECI) on Wednesday asked the Gujarat chief electoral officer to inquire and take action ”as warranted” into the allegations of Aam Aadmi Party that its Surat (East) candidate was coerced into withdrawing from the poll fray.

A four-member delegation of AAP led by party leader and Delhi Deputy Chief Minister Manish Sisodia met the Commission officials this evening and handed over a representation.

Sisodia alleged that AAP candidate from Surat (East) Kanchan Jariwala was forced to withdraw his nomination when he went to the returning officer’s office.

An EC spokesperson said AAP’s representation has been sent to the CEO in Gujarat to inquire and take ”action as warranted”.

AAP on Wednesday alleged that Jariwala was abducted at the behest of the BJP, which ”feared” a defeat on the seat in the Gujarat assembly election.

Jariwala, however, issued a video statement in which he purportedly said he withdrew his nomination without any pressure and by listening to his conscience after the people of his constituency labelled him ”anti-national” and ”anti-Gujarat” for contesting the election from the AAP.

Sisodia claimed Jariwala had been missing along with his family members since Tuesday, adding that the last time the candidate was seen at the Election Commission’s office in Surat during scrutiny of his nomination papers.

Sisodia also hit out at the Gujarat chief electoral officer and accused her of not taking appropriate action to ”trace and rescue” Jariwala.

The deputy chief minister of Delhi and other party leaders, earlier in the day, held a protest outside the EC office over the alleged abduction.

Several party leaders and workers gathered at the spot and raised slogans against the BJP.

EC sources said AAP’s request for a meeting with the Commission was received only past noon and their dharna at Nirvachan Sadan gate preceded it.