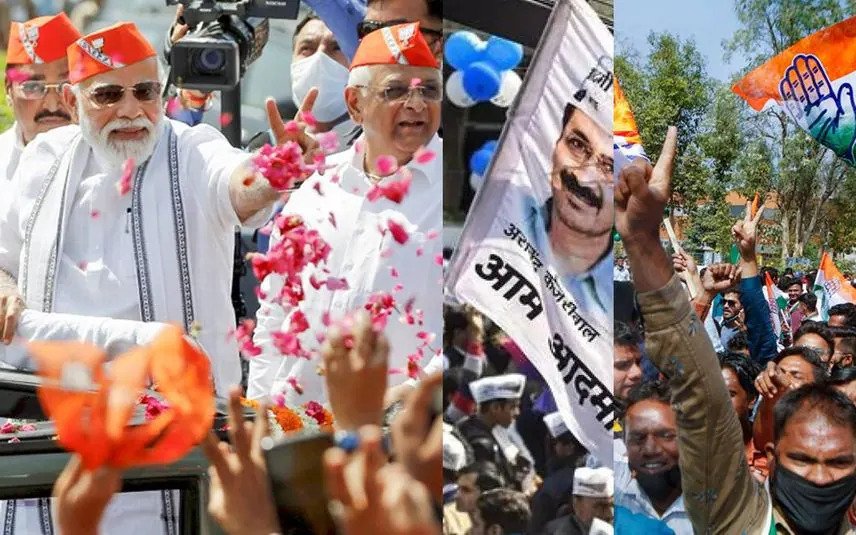 AHMEDABAD: A total of 788 candidates, including 70 women, remain in the fray for the first phase of the Gujarat Assembly polls for 89 seats on December 1 after the culmination of process of scrutiny of nomination papers and withdrawal of candidature, officials said on Friday.

These include candidates from 39 parties and 339 independents, a release from the office of the Chief Electoral Officer (CEO) for Gujarat informed.

While the ruling Bharatiya Janata Party (BJP) and the main opposition Congress have fielded their candidates on all the 89 seats, the Aam Aadmi Party will fight on 88 seats, the Bahujan Samaj Party on 57 and All Indian Majlis-e-Ittehadul Muslimeen (AIMIM) on six Assembly segments.

In all 1,362 candidates had filed their papers for the 89 seats, which went down to 999 after scrutiny on November 15, and dipped further to 788 on November 17, which was the last date to withdraw nominations.

The Election Commission has so far received 1,515 nomination papers for the 93 seats that will go to polls in the second phase on December 5. The last date to withdraw candidature for the second phase is November 21.

Gujarat has a 182-member Assembly.

Incidentally, to accommodate the names of all 44 candidates for the Limbayat seat in Surat district, the Election Commission will use three ballot units, while two will be used in Morbi, where 17 candidates are in the fray, the release said.

Till now, the EC’s National Grievance Redressal System portal has received 2,575 complaints, of which, 2,357 have been resolved, it said.