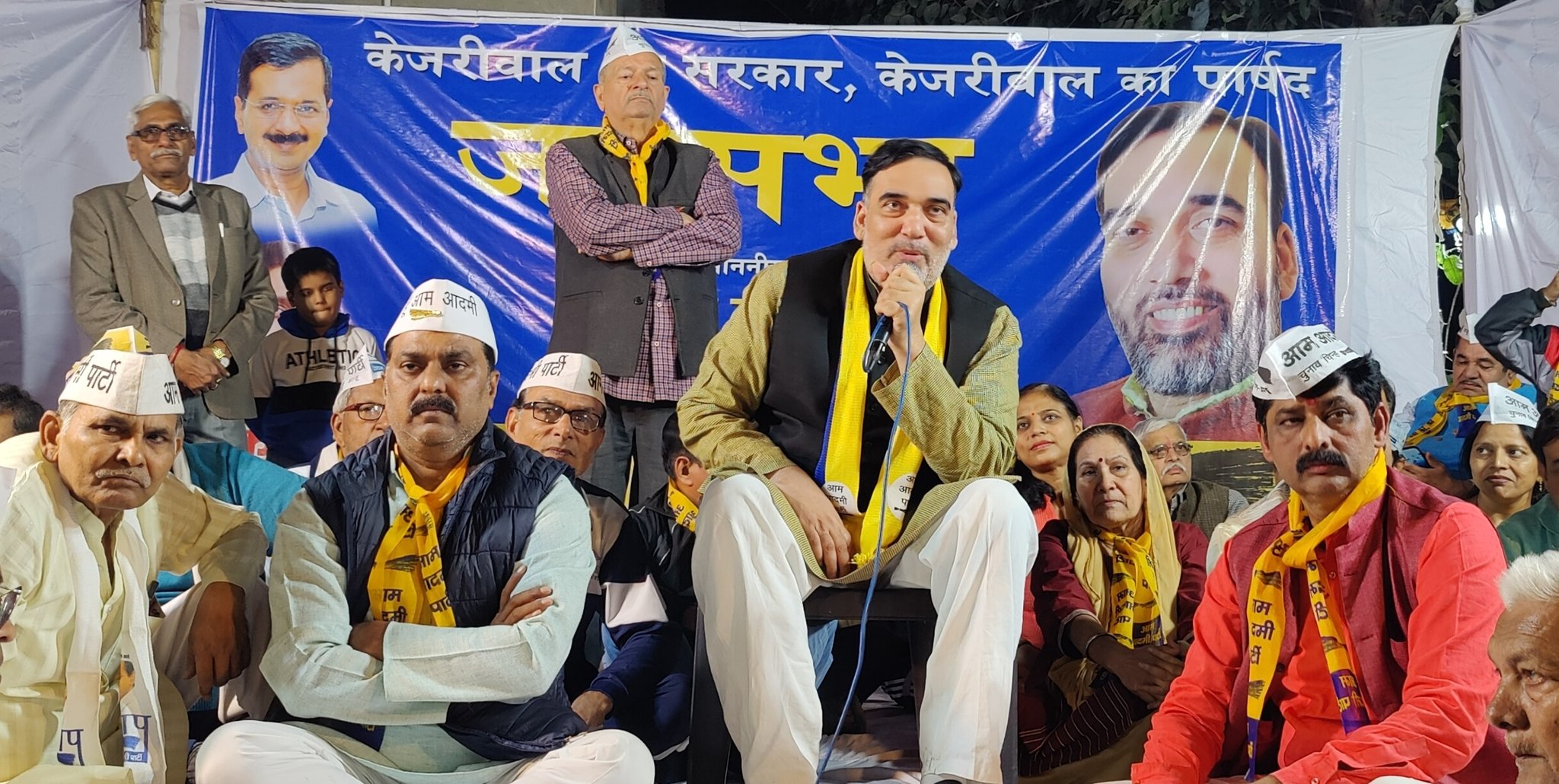 NEW DELHI: Amid a controversy over Satyendar Jain allegedly getting massages inside his cell in Tihar jail, Delhi minister Gopal Rai sought to back his cabinet colleague saying the BJP is raising the matter ”to tarnish the image of Chief Minister Arvind Kejriwal” as it does not have any issue to highlight in the municipal election campaign.

Sources on Tuesday claimed that the masseur, who was seen in a purported video footage giving a massage to Jain, was not a physiotherapist but an inmate who is lodged in the Tihar Jail in a rape case.

The Aam Aadmi Party (AAP), which received flak over the footage, had asserted earlier that Jain was receiving physiotherapy in the jail, where he is in judicial custody for the past five months on money laundering charges.

Rai said the campaigning for the Municipal Corporation of Delhi (MCD) polls has been going on for the last 10 days and there are two types of campaigning that have come to the fore.

”One of them belongs to those who work for the progress and welfare of People and other belongs to those who only know how to malign people. On one side, there is AAP which wants to remove the mountains of garbage from Delhi, solve menace of stray animals and all the civic issues created by BJP incompetency. On the other hand, the BJP is working on its agenda to malign Kejriwal for five years. ”Their slogan is ‘Badnaam Kiya hai, Badnaam Karenge’ while Kejriwal’s slogan is ‘Kaam Kiya hai, Kaam Karenge’. Be it Satyendar Jain’s case, Manish Sisodia’s case, Jasmine Shah’s case or the recent sting operation, BJP has absolutely no issue to raise in the elections,” he alleged.

He alleged that when Amit Shah was once imprisoned in a jail in Gujarat, a special cell was made for him and he was provided with special facilities.

”In the history of the country, no other person has been provided such facilities in any jail. This has been said by the Central Bureau of Investigation (CBI) on the record. The BJP should first put those documents in public domain and inform the people about the special facilities that Amit Shah was given,” he added.

He said that in reality, the issue was not about the treatment that Jain was receiving in jail. ”The main issue is that the BJP is going to receive a ‘treatment’ from the residents of Delhi on December 4. On the date of polling, it is the people who need to decide whether to vote for a party that works for them or to vote for those who only defame others,” he said.

Rai said that they will hold the BJP accountable for its tenure in the MCD in the last 15 years.

”We will see what is happening in Tihar jail, we will also see all the sting operation that BJP fabricates, but we will also hold BJP accountable for what they have done in the MCD in the last 15 years. We will not let the BJP run away, we will ensure that they are made to answer for their mismanagement. The ruling party’s slogan is ‘Bhaag BJP Bhaag’, but we will not let them escape,” he said.

At a press conference, BJP spokesperson Gaurav Bhatia dared Kejriwal to respond to the fresh allegations related to the massage video.

He termed the AAP an ”’arajak aparadhi’ party (anarchist criminal party)”, accusing it of defending the wrongdoing in the jail.