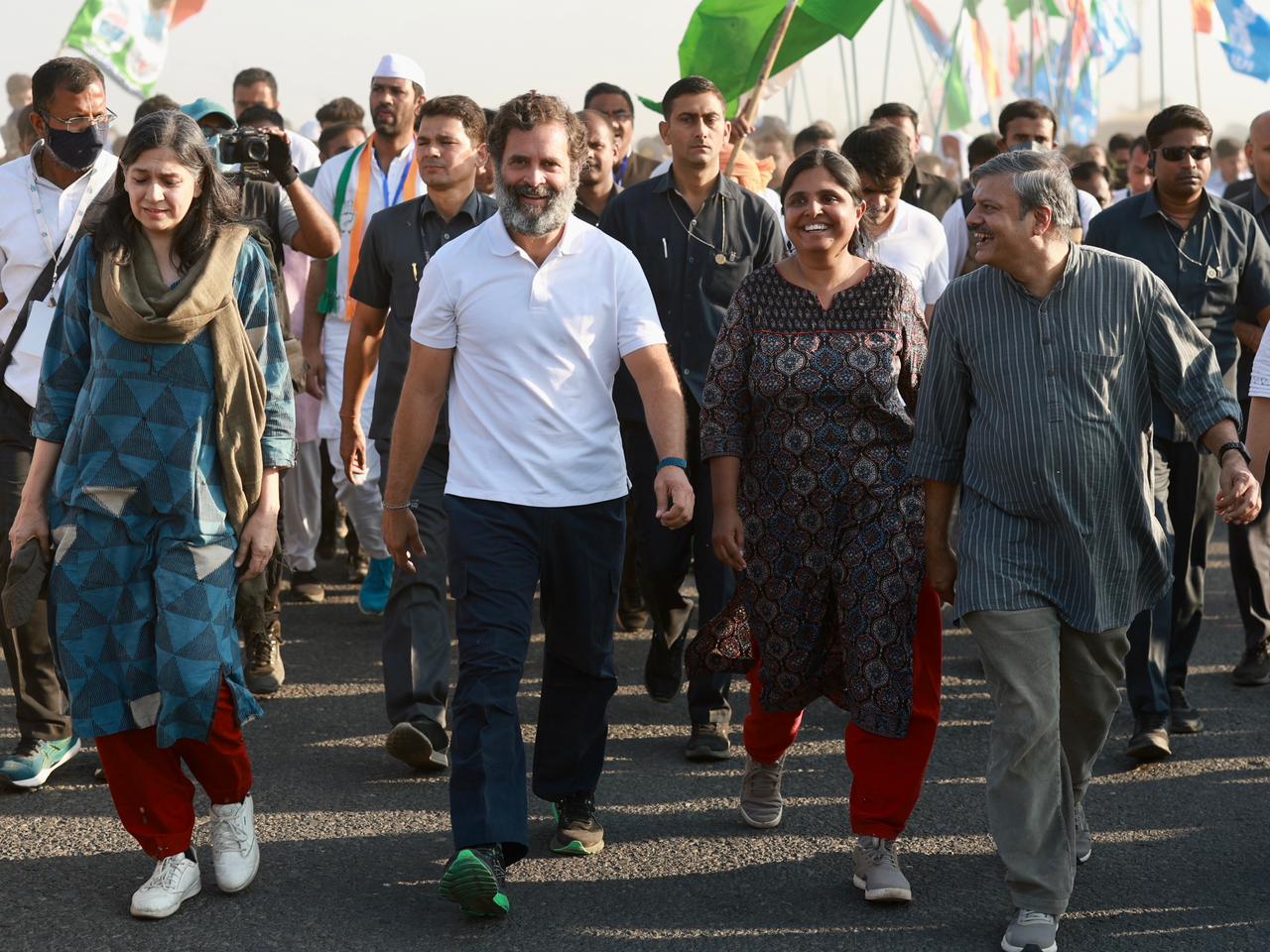 KHARGONE: The Congress on Friday termed as ”doctored” a video posted by the BJP IT cell head claiming that ”Pakistan Zindabad” slogans were raised during the Bharat Jodo Yatra in Madhya Pradesh, and said there will be ”payback” for such tactics by the ruling party’s ”dirty tricks department”.

The yatra was passing through Bhanbarad in Khargone district at the time.

”After Richa Chaddha’s public application to join Rahul Gandhi’s Bharat ‘Jodo’ Yatra, ‘Pakistan Zindabad’ (listen towards the end of the video) slogans raised in Khargon. INC MP posted the video and then deleted it after the faux pas came to light. This is Congress’s truth…,” Malviya tweeted.

A video doctored by the Dirty Tricks Department of the BJP is doing the rounds to discredit the highly successful #BharatJodoYatra. We are taking the necessary legal action immediately. We are prepared for such tactics, and there will be payback.

Hitting back, Congress’ general secretary in-charge communications Jairam Ramesh said a video ”doctored” by the ”dirty tricks department” of the BJP is doing the rounds to discredit the ”highly successful” Bharat Jodo Yatra.

”We are taking the necessary legal action immediately. We are prepared for such tactics, and there will be payback,” he said on Twitter.

In another tweet, Ramesh also alleged that the Madhya Pradesh government ”intimidated” and aggressively prevented tribal families displaced by a diamond mining project in Chhatarpur district from meeting Rahul Gandhi in the afternoon.

”This is democracy-BJP style,” the Congress leader said. Madhya Pradesh Chief Minister Shivraj Singh Chouhan, however, asked in a tweet, “The raising of Pakistan Zindabad slogan is uniting Bharat or uniting those who are breaking the country? Earlier also Bharat was divided, any plan to do it again? Those raising `Pakistan Zindabad’ slogans will not be spared at any cost.” State BJP president Vishnu Dutt Sharma said the raising of the slogan proved that this was the same Rahul Gandhi ”who stood with those in JNU (Jawaharlal Nehru University) who wanted to disintegrate Bharat Mata into pieces.”