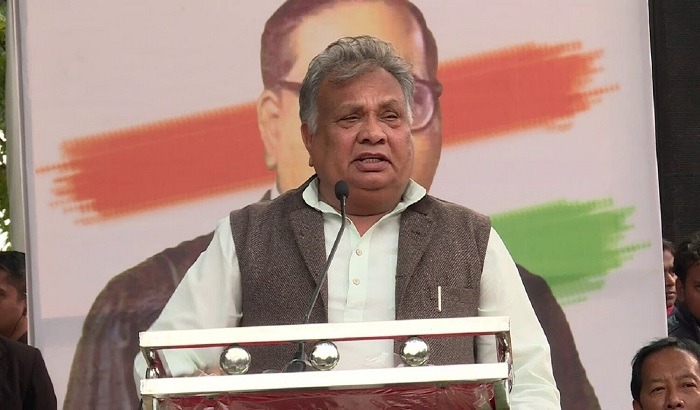 JAIPUR: The BJP knows nothing other than doing politics in the name of ”Muslims, Pakistan and terrorism,” Rashtriya Lok Dal (RLD) General Secretary Trilok Tyagi said on Wednesday.

He said there is propaganda going on to spread lies as unemployment in the country is at a peak. ”This (BJP) party knows only three things…Muslims, Pakistan, and terrorism. It does politics only on three things. They don’t do anything else besides this and it tries to fix a set agenda. Neither there is an improvement in education nor employment and farmers’ welfare,” Tyagi told reporters at a press conference here.

”It is the first government which has stopped giving the figures related to unemployment. It is doing Start Up India, Skill India and god knows what schemes they are running. They are new Englishmen born in India,” he said.

Replying to a question that the Centre is distributing loans of several crores to farmers and youths, Tyagi said, ”Bank loans have been given to those who had links with BJP and RSS. RLD demands CBI inquiry to know which families got the benefits.

He said the party will hold a rally in Bharatpur on December 23 on the birth anniversary of Chaudhary Charan Singh to sound a political bugle before the upcoming assembly election in the state and against the BJP at the Centre. Technical education minister Subhash Garg, the only RLD MLA supporting the Congress government in the state, was also present at the conference.