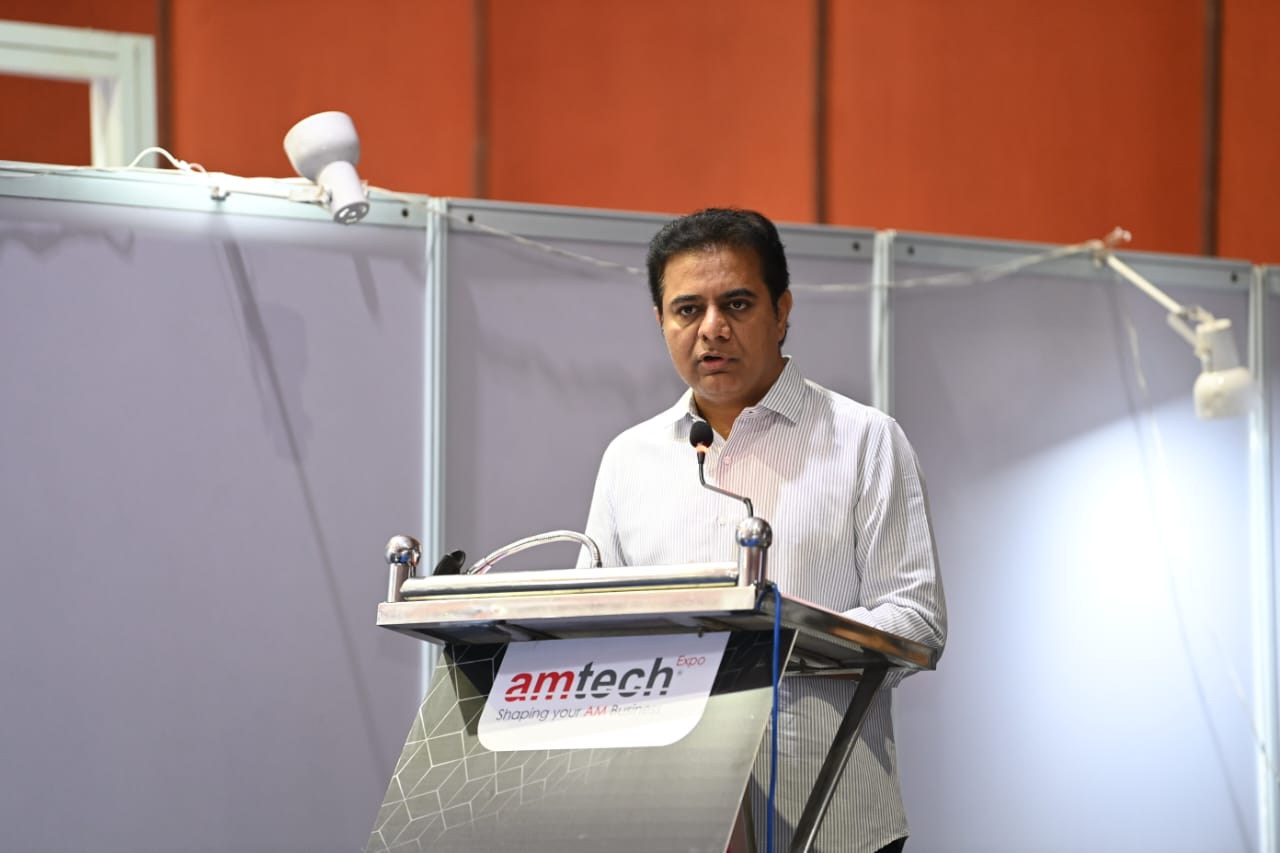 HYDERABAD: Hyderabad is uniquely positioned to emerge as a hub for the 3D printing industry with the presence of the relevant ecosystem and the state government’s push to emerging technologies, Telangana Industries Minister K T Rama Rao said on Friday.

He was speaking at the inauguration of AMTECH Expo, which is said to be the largest additive manufacturing expo in the country.

Addressing the gathering, the Minister said Telangana has always been a key supporter for innovation by our startups, industry, & academia. #InvestTelangana pic.twitter.com/mZ5PGSblTM

Rama Rao spoke about the presence of aerospace, defence ecosystem and the medical devices industry in the state.

It’s time that the country occupies the larger share of the 3D printing industry that is expected to grow to almost USD 65 billion by 2026, he said.

“With NCAM (National Centre for Additive Manufacturing) based in Hyderabad and the initiatives being undertaken and with the kind of ecosystem that is present here, I am sure that it would further accelerate our vision to establish, not only our state, but our country as a globally recognised destination in 3D printing technology,” he said.

Telangana government has undertaken several projects that leverage emerging technologies, he said, also highlighting the state government’s efforts to promote innovation and startups in the state.