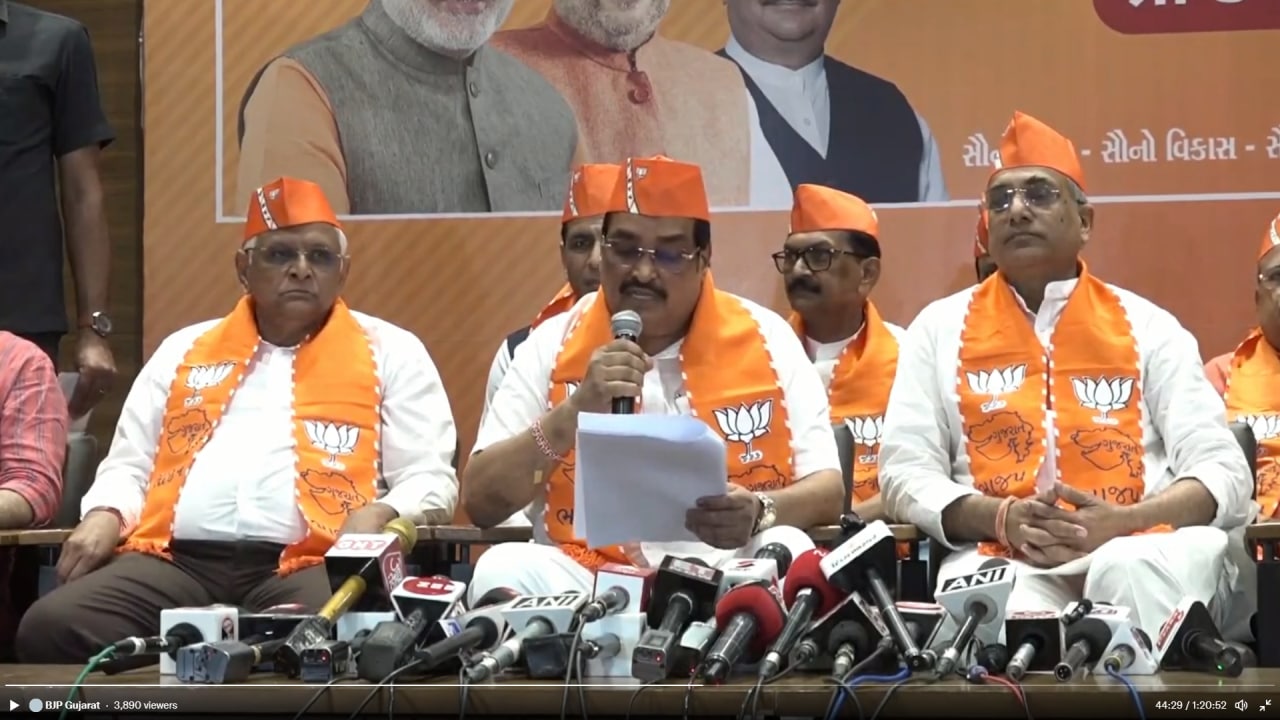 GANDHINAGAR: The Bharatiya Janata Party (BJP), which looks set to register a landslide victory in Gujarat Assembly polls with a record number of seats, on Thursday said Bhupendra Patel would continue as the Chief Minister of the state and his oath-taking ceremony would take place on December 12.

The BJP is set for a landslide victory in Gujarat to retain power for a seventh straight term and is likely to break previous records by winning the highest number of seats in any assembly election in the state. The trends available after five rounds of counting showed the party was leading in 155 of the state’s 182 assembly seats that went to polls earlier this month.

”Bhupendra Patel will continue as the state chief minister and his oath-taking ceremony would take place on December 12,” Paatil said.

”All anti-Gujarati forces have been defeated…People of Gujarat had already made up their mind to re-elect the BJP government in the state. It’s a victory of good governance and development of BJP government at Centre and Gujarat. The Congress must introspect as to why they are losing public support,” the BJP leader said. Other parties tried to fool people of Gujarat by making promises that can never be fulfilled, but they got a befitting reply, he said.