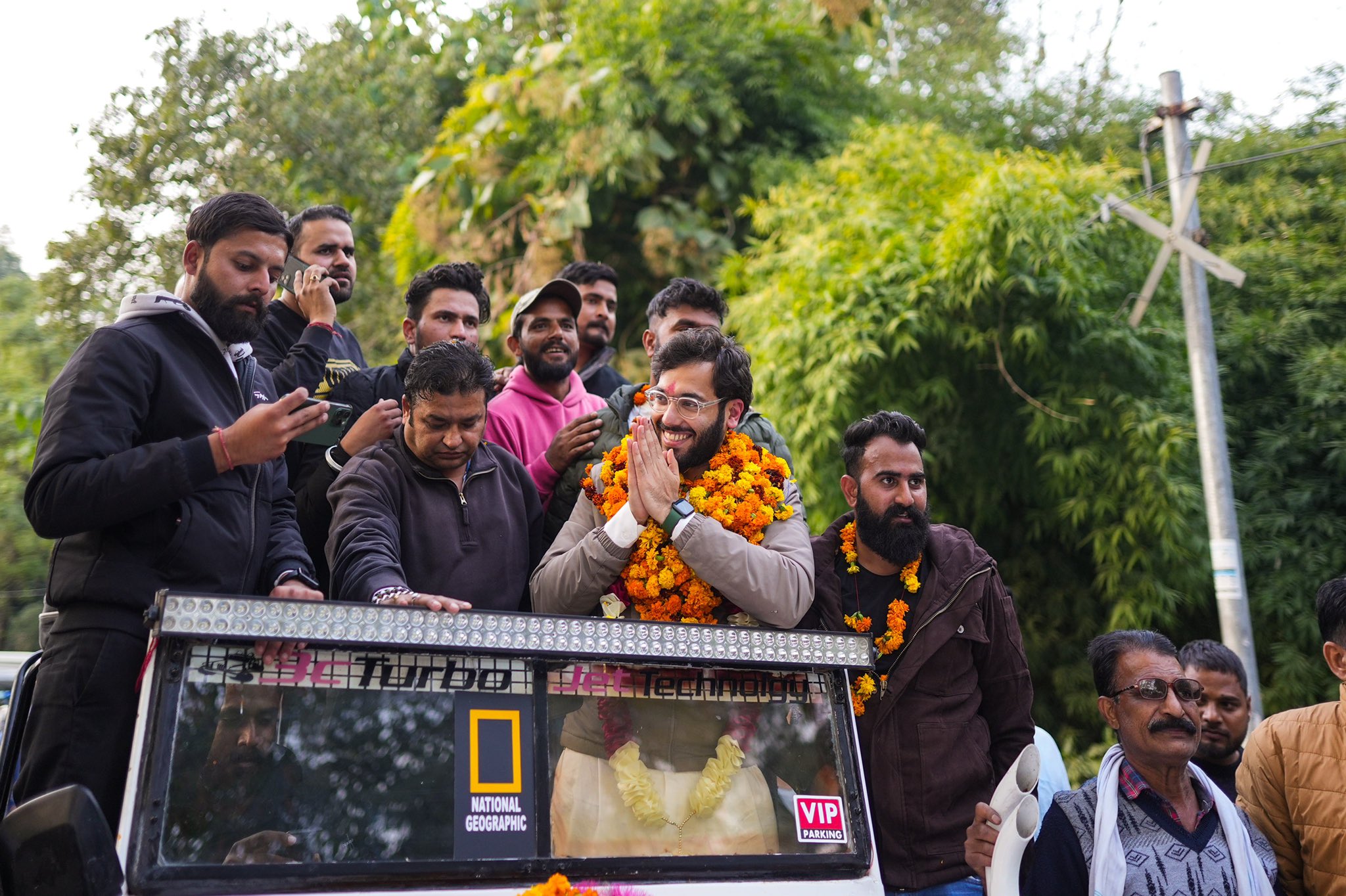 SHIMLA: The youngest MLA to be elected in the recently held state assembly elections, Chaitanya Sharma (28) of the Congress, feels avenues will have to be created to provide local homegrown jobs to the talented youth of Himachal Pradesh so that they don’t have to go far off places for employment.

He defeated his nearest BJP rival and sitting legislator Rajesh Thakur by a margin of 15,685 votes.

Among the 68 newly elected legislators in Himachal Pradesh, 23 are first-timers — 14 of the Congress, eight of the BJP and one independent.

Sharma had won the Zila Parishad election from the Bhanjal ward of his assembly constituency over two years ago as an independent candidate then.

”As a Zila Parishad member, I had started three training centres where basically people were given training in uplifting of soft skills and computer skills. The youth of Himachal have a lot of talent and enthusiasm and they want local homegrown jobs,” Sharma told PTI here Saturday.

”As we all know, Himachal’s education is at a very good level and literacy rate is also very high. But our youngsters have to go outside the state for any sort of exposure or job. So, we need to localise that,” he added.

Replying to a question, Sharma said he does not come from any political background. He said his father has been a chief secretary of Uttarakhand.

”I am a lawyer by profession. I did my law from Delhi University. I also studied in the United States and worked at the World Bank,” he said.

Asked what prompted him to take plunge into politics, Sharma said having seen his father in the administrative service for long, ”I thought you need to get into the system to actually do some justice to the system. That is what prompted me to come into politics.” ”I came back to India after working at the World Bank..,” he said.

On what will be priorities for the next government, he said, ”We of course know about the 10 points which the party has raised in the manifesto, but three things –education, employment and most importantly healthcare — will be among our priorities”.

Meanwhile, the oldest MLA to be elected at the age of 82, Congress’ Col (retd) Dhani Ram Shandil, told PTI that the party-led government will take Himachal Pradesh to new heights of development.

”We will take the state to new heights of development,” the veteran Congress leader, who was reelected from Solan constituency, said.

The Congress wrested power from the BJP in the hill state winning 40 of the 68 assembly seats. The polling was held on November 12 and the results were declared on Thursday.