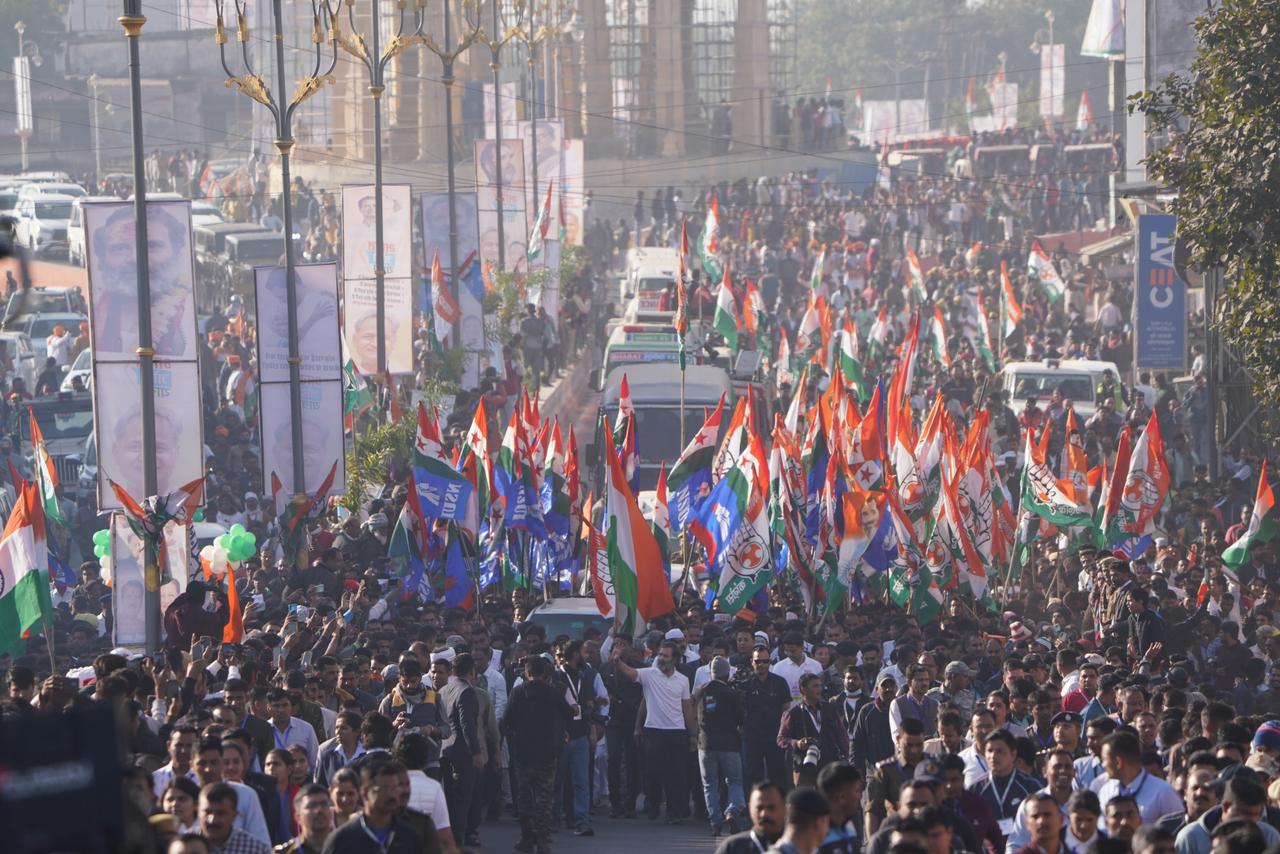 Patil, AICC in-charge J-K affairs, said Gandhi is expected to enter the Union Territory in the third week of next month and appealed to the people as well as political, social and NGOs to ”join the yatra which is above politics and meant to unite hearts for the benefit of the nation”.

“Gandhi is going to spend eight days in Jammu and Kashmir — four days each in Jammu and the valley — after reaching here in the third week of January. The date and route were not finalised so far,” Patil, flanked by senior party leaders including J-K Pradesh Congress Committee president Vikar Rasool Wani, told reporters here.

Earlier, she held a series of meetings with senior party leaders including former legislators and ministers in preparations for the smooth conduct of the yatra in J-K.

Asserting that the Gandhi-led historic yatra has generated a ”good atmosphere” in the country, Patil said the yatra has nothing to do with politics and the party is not evaluating its political benefits.

”Gandhi is leading this yatra to unite the people and strengthen the message of unity in diversity besides understanding the problems, sufferings and aspirations of different sections of the society,” the Congress leader said.

She said a rousing reception awaits Bharat Jodo Yatra in Jammu and Kashmir.

“There is great enthusiasm amongst people since Jammu and Kashmir has suffered the most and lost its identity, status and rights of a historical state of the country, apart from record unemployment and recruitment scams,” the Congress leader said.

She said the final phase of the yatra in Jammu and Kashmir would be most significant for various reasons since it is very close to the heart of the Congress party and Gandhi family and Rahul Gandhi would like to send an important message to the people of Jammu and Kashmir and the rest of the country through this yatra.

”People anxiously wait for the yatra and we have positive messages from different quarters of Jammu and Kashmir,” she said, hoping that people of all walks would welcome and join it.

She appealed to all like-minded parties, groups, NGOs and individuals and others to welcome and join the yatra to send a message of unity, brotherhood, harmony and strength of togetherness from the soil of Jammu and Kashmir.

”(National Conference) president Farooq Abdullah has announced his decision to join the yatra and we welcome his statement,” she said, adding her party would also like others including the PDP to join it.

Responding to a question on assembly elections in J-K. Patil reiterated the Congress’ stand that the statehood should be restored to the Union Territory before holding of the polls.

However, she said the elections should be held soon to provide a democratically elected government to the people.