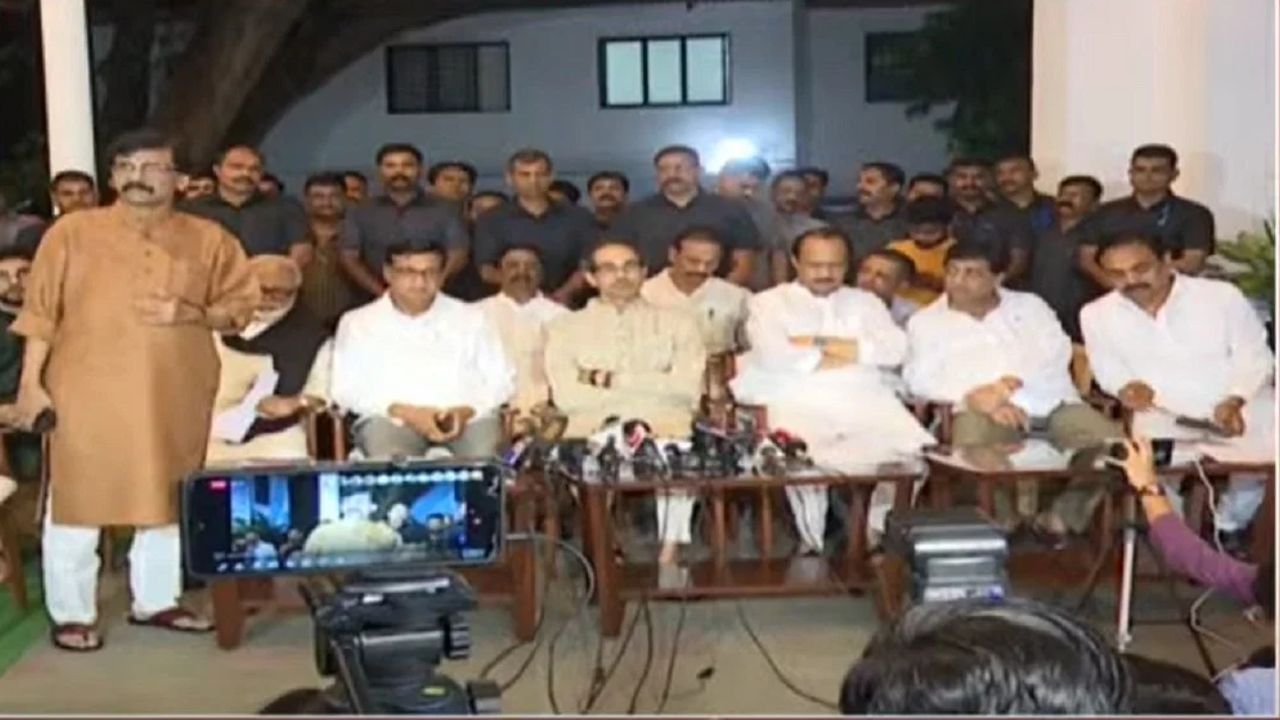 MUMBAI: Leaders of Maha Vikas Aghadi (MVA) met here on Sunday to discuss preparations for a protest march organised by the Opposition bloc against the Eknath Shinde-BJP government on December 17 on various issues.

The march will commence from Jijamata Udyan at 11.30 am and culminate at CSMT station in south Mumbai, a distance of almost 4 km, Congress leader Naseem Khan said.

He said the insult of icons, the Maharashtra -Karnataka boundary dispute are among the issues that will be highlighted during the upcoming protest.

Leaders of Shiv Sena (Uddhav Balasaheb Thackeray), Congress, Nationalist Congress Party, and Samajwadi Party will take part in the agitation. The Opposition parties in Maharashtra have been accusing Chief Minister Eknath Shinde of being a ”mute spectator” against Karnataka’s ”aggressive” stand in view of the simmering border dispute between the two states.