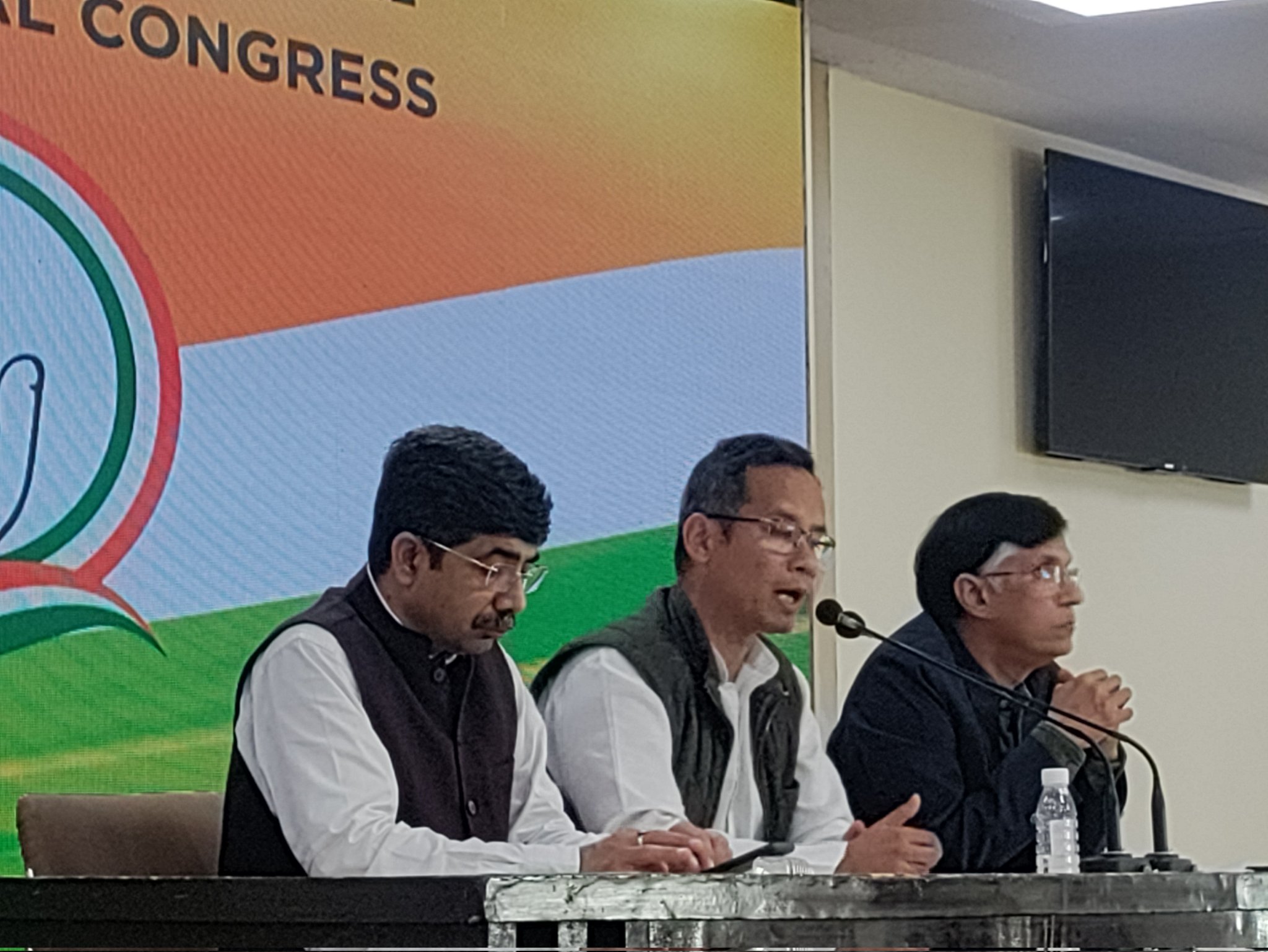 NEW DELHI: The Congress on Tuesday said Defence Minister Rajnath Singh’s statement in Parliament on the Sino-India border clash in Tawang was “incomplete” and accused the government of hiding the truth from the nation.

Congress spokesperson and deputy leader of the party in Lok Sabha Gaurav Gogoi demanded that the government should tell the truth and not divert public attention by raising other issues like cancellation of FCRA registration of the Rajiv Gandhi Foundation.

Gogoi and party leader Pawan Khera also accused the government of diplomatic failure with China, claiming that India has lost its pre-eminent position in Southeast Asia.

Both the leaders demanded that the government should agree to a detailed discussion on the border situation and ties with China, alleging that Prime Minister Narendra Modi’s remarks made in June 2020 that “no one has entered Indian territory nor has anyone occupied its territory” has emboldened China to indulge in such misadventures.

“Why did Rajnath Singh give a statement so late as the incident is of December 9. Why was this not given yesterday in Parliament? What are they hiding this? This government wants to hide the truth from the nation and our demand from day one has been to tell the truth to the nation,” Gogoi told reporters at a press conference.

He said the Congress is concerned about the security of the nation and that is why it was asking questions to the government.

“Rajnath Singh may be wanting to provide more information but his voice has also been silenced by the Prime minister. That is why the minister’s statement is incomplete. Our questions were valid,” he said.

He alleged that whenever an issue of national security comes up, the “prime minister hides behind his ministers”.

Asking why Parliament was deliberately kept in the dark, Gogoi said that is why the Congress staged a walkout after Singh’s statement in Lok Sabha and later in Rajya Sabha.

“The BJP government is not able to protect the territorial integrity of our country. They do not have the time to think about the country except elections and doing communal politics,” he said, adding that we have to prepare a united strategy after taking everyone together but there is no time for it with this government.

He also accused the government of “diplomatic failure” and that is why China is indulging in such clashes along the border.

“Modi ji, dariye mat. (Don’t be afraid). Name China and assure the country that what he said earlier was wrong and spell out how India plans to take on this challenge strongly,” Gogoi said.

Taking on Home Minister Amit Shah, Khera said he was making allegations against the Congress but should answer why the BJP was taking the help of UC News Mobile and ShareIt in 2019 elections.

“The accounts of Rajiv Gandhi foundation are in public domain and there is nothing to hide about them. But what are the RSS ties with China’s communist party and why they knock at China’s doors and why it has a tie up with CPC. Even when they are not in power, the BJP goes there to get lessons from China. What are India Foundation and Vivekanand Foundation’s relations with China, the Home minister should tell,” he said.

Khera also demanded that the government should make public details of the PM Cares fund and tell which Chinese companies have given donations to it.

“We want to know what is the secret of Modi ji giving a clean chit to China in 2020. We are concerned about the country’s integrity and its borders.

The Congress leader said the government has allowed the Chinese to understand your weakness and that is why failure on your diplomacy.

“You should have left diplomacy to diplomats. This is the diplomatic failure, as neither can we ask questions from Raksha Mantri, nor from external affairs ministry or anyone else. The Prime Minister is clearly responsible for this as he gave the clean chit to China.

“China has not only disturbed the status quo and we are asking the government to fight China but you are here fighting with us. This is the diplomatic failure,” Khera asserted.

Asked what he meant by India’s diplomatic failure, Gogoi said, “If it was a success, China would not have shown this courage. We have failed on diplomacy with China.” “The failure of this government to impose high costs on Chinese misadventure is the number one failure. Number two failure is that you are tying your Army’s hands behind their back and asking them to go back from their own territory. There is a demand for pre-Galwan status quo, but you have dropped the demand.

“Thirdly, you are seeing a distance between you and your allies, especially in South Asia. Under Prime Minister Modi, India has lost her pre-eminent position in South Asia. Even on economic ad diplomatic front,” the Congress MP from Assam said.

He, however, said the government does not have the time to consider this issue and urged it to show transparency.

“We have been seeking a holistic discussion on China. Prime Minister should hold another round of talks and admit to mistakes. The country gives importance to national security,” he said, adding that the government is answerable to the country and the government should reply to the nation and tell the truth.

Gogoi also asked why the Indian government is making compromises at the border by signing disengagement agreements and creating buffer zones and that is why China is getting the courage to indulge in such misadventures as done in Tawang on Friday. He claimed that by doing so, China wants that buffer zones are created in north eastern sector.

“If India has to give reply to China’s misadventure, then India will have to engage with South East Asia. But, the effort is to divert the attention of the country. We are facing such a challenge and if we do not respond to it unitedly, we will have to face the consequences in future and PM Modi will have to take the entire responsibility.

Khera said in 1962, as many as 165 MPs participated in the discussion on China when even our MPs criticised our government then and Nehru ji listened. “But, look at this government they attack us when we ask them questions.”