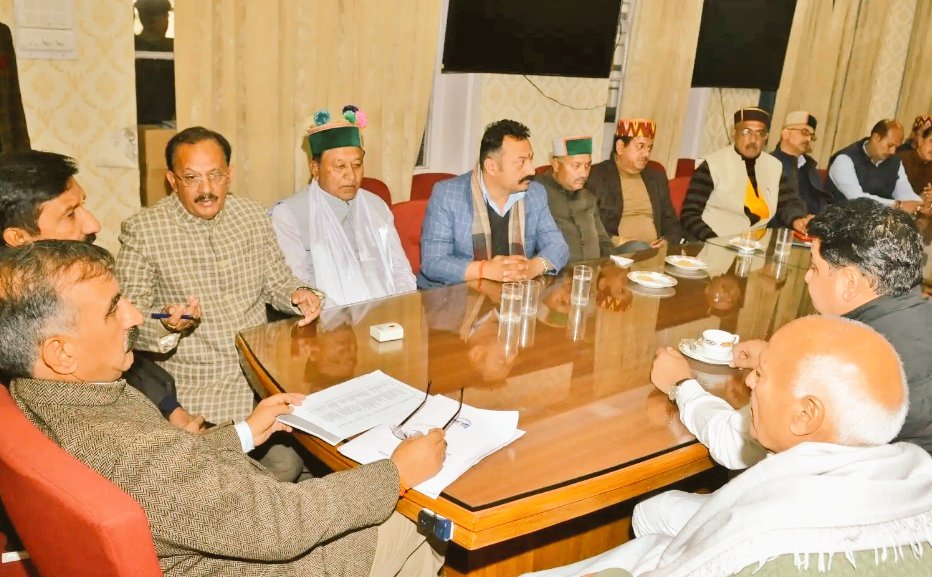 SHIMLA: A day after taking charge as chief minister of Himachal Pradesh, Sukhvinder Singh Sukhu has directed officials to terminate all extensions or re-employments granted by the previous BJP government and announced to review of all the decisions taken by the former Cabinet since April 1 this year.

Sukhu took oath as Chief Minister of Himachal Pradesh on Sunday and up to 10 more ministers will be inducted into the Cabinet.

As per the orders issued on Monday by the chief secretary, appointments of all chairman, vice-chairman, and nominated members in boards and corporations, autonomous bodies, cooperative institutions and other committees, including temple committees and urban local bodies be terminated forthwith.

The order also stated the termination of all extensions or re-employment forthwith, except in government medical colleges.

It also said that all the decisions taken by the previous BJP regime led by Jai Ram Thakur from April 1, 2022, will be reviewed and notifications for the creation and up-gradation of institutions be de-notified and administrative departments may put up such fresh proposals for consideration of the Cabinet.

Further, the recruitment process underway in government departments, boards and autonomous bodies of state government, including public universities, except those being undertaken through the state Public Service Commission and State Subordinate Services Selection Board be held in abeyance.

However, these orders would not apply to government medical colleges and institutions of Health and the status quo be maintained in respect of transfer orders which are unimplemented.

All offices have been directed not to issue any fresh appointment letter or notice inviting applications in respect of para pump operators, para filters, multipurpose workers, para cooks and para helpers etc.

The Engineer-in-Chief of the Jal Shakti Department also directed all the officials of the department to restore all foundation /inauguration stones which have been damaged due to any reason.

The government has also sought details of all foundation stones laid by the previous government during the last six months since June 1, 2022, to be submitted to the Chief Minister’s office by December 15, 2022.

All pending tenders under process will be put on hold, and no work will be awarded under any circumstances till further orders and no fresh tender will be invited, the order said.

A product of student politics, senior Congress leader and four-time MLA Sukhu, 58, was a known detractor of party veteran Virbhadra Singh who had dominated Himachal Pradesh politics for over five decades until his demise last year.