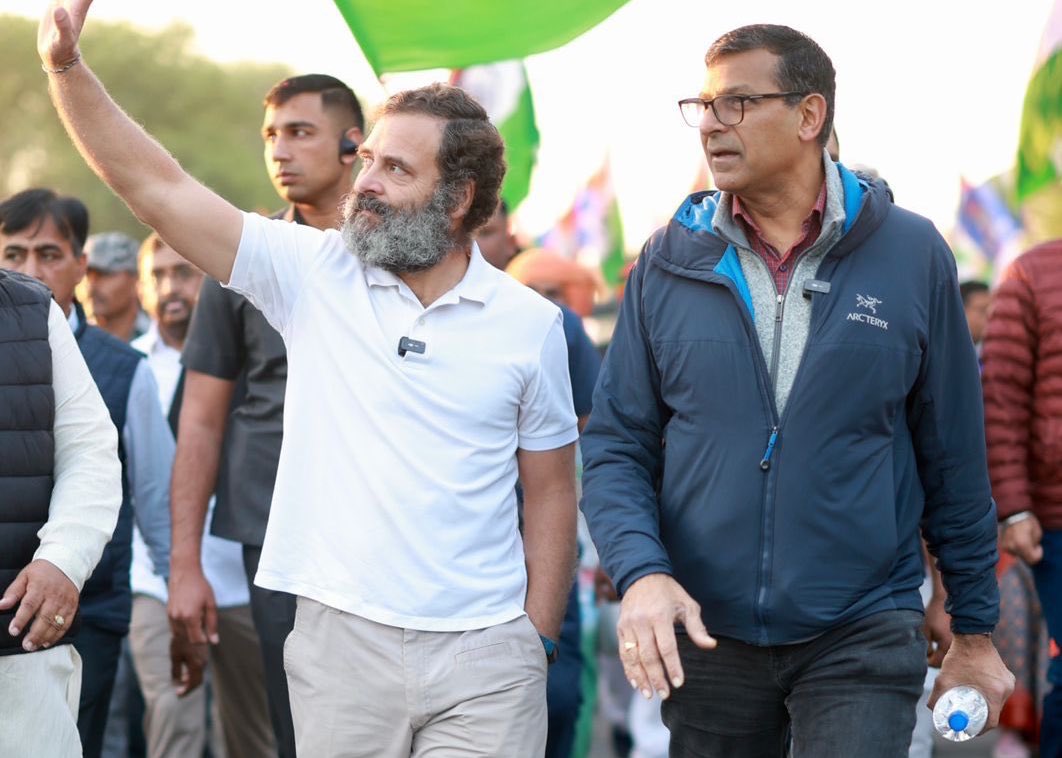 The Bharat Jodo Yatra, which started from Kanyakumari in Tamil Nadu on September 7, is passing through Rajasthan. The yatra will complete 100 days on Friday.

The yatra resumed from the Bhadoti area of Sawai Madhopur on Wednesday and reached Badhshapura for a morning break. Rajan walked with Gandhi during this leg of the yatra on Wednesday.

”#BharatJodoYatra Shri Raghuram Rajan, former Governor of Reserve Bank of India (RBI), shaking steps with @RahulGandhi ji… The increasing number of people standing up to unite the country against hatred shows that we will be successful,” The Indian National Congress tweeted along with a picture of Rajan walking with Congress leader Rahul Gandhi.

Freedom is the essence of Democracy & Harmony is the foundation of a prosperous Economy.

We walk for unity and to secure India’s future. pic.twitter.com/bsiXLU2ZMf

Dr Raghuram Rajan was the 23rd Governor of the Reserve Bank of India between September 2013 and September 2016. Between 2003 and 2006, he was the Chief Economist and Director of Research at the International Monetary Fund.

The yatra will resume at 3.30 pm and the evening break will be in Bagdi village of Dausa at 6.30 pm.