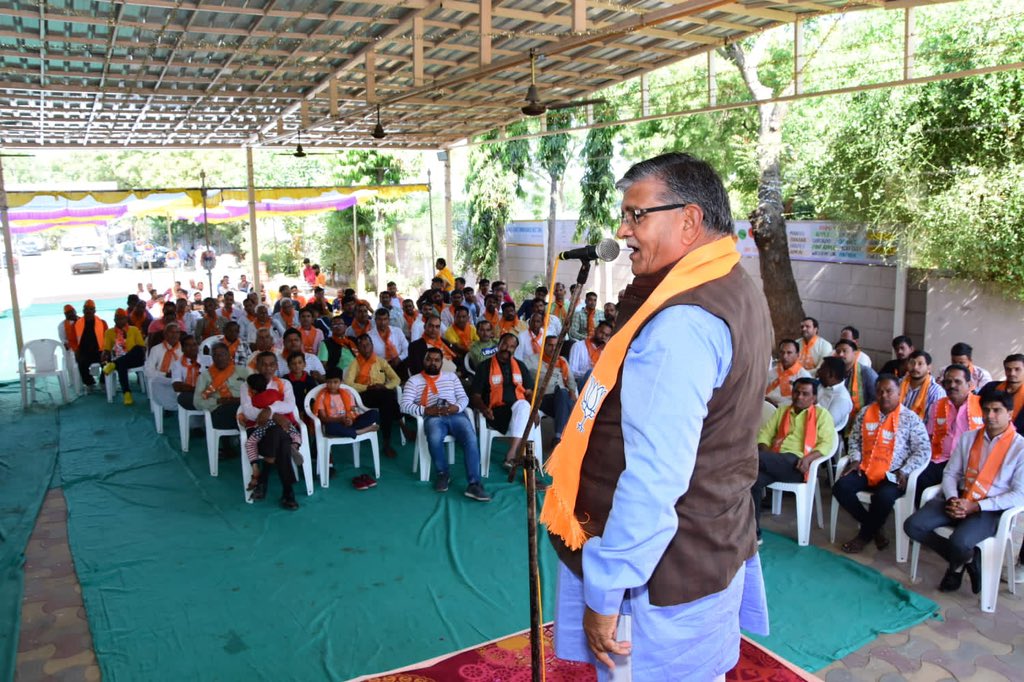 JAIPUR: BJP leader Gulab Chand Kataria on Wednesday hit out at the Congress government in Rajasthan, alleging it was taking credit for the work done by the Centre by renaming its schemes.

Addressing the media at the BJP headquarters here, the leader of opposition in the Rajasthan Assembly also said the party’s ‘Jan Aakrosh Yatra’ is the yatra of the people of the state against the Congress.

The BJP launched the ‘Jan Aakrosh Yatra’ in Rajasthan on December 1, days before the Congress’ pan-India ‘Bharat Jodo Yatra’ entered the state on December 4.

The ‘Jan Aakrosh Yatra’ seeks to corner the Chief Minister Ashok Gehlot-led government on issues related to farmers and governance ahead of its fourth anniversary on December 17.

Kataria alleged the Congress government has been doing the work of renaming the central government’s schemes.

Arrangements were made by the previous BJP government to provide food to people through the Annapurna scheme, which was first stopped by the Congress government and later renamed Indira Rasoi, he charged.

The development work under the Congress government in Rajasthan is progressing only on paper, he said.

Targeting the state government on unemployment, the BJP leader said for the last four years, Rajasthan has remained among the states with the highest unemployment rate in the country.

The unemployment situation in Rajasthan has become so pathetic that the educated youth are forced to wander in search of jobs, he said.

Ahead of the 2018 Assembly polls, Kataria said, the Congress had promised to regularise contractual employees and bring a law to this effect. However, contractual workers are still not getting honorariums commensurate with their abilities, he said.

The BJP leader also accused the Rajasthan government of not implementing central schemes in the state.