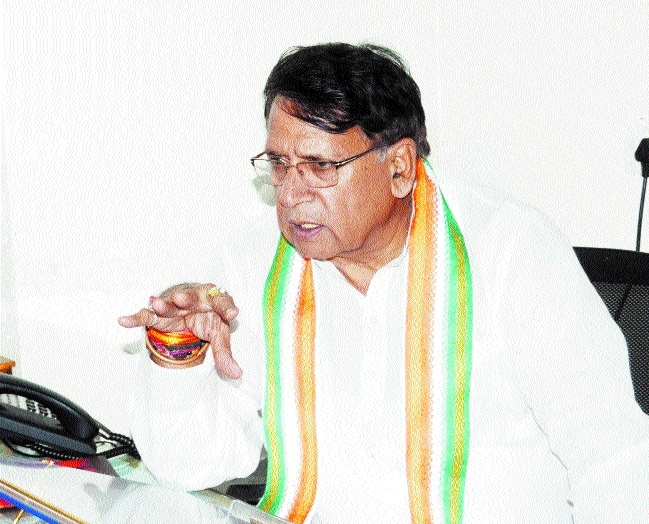 BHOPAL: The Opposition Congress on Friday demanded sacking of a Madhya Pradesh minister, whom a woman called a ”rapist” in a viral video only to change her statement later, and a probe into the entire episode.

The woman should be asked to undergo a narco-analysis test to bring out the truth, said senior Congress leader and former MP Law and Legal Affairs Minister PC Sharma.

”We want the entire incident to be probed and the minister sacked. The woman should be asked to undergo narco test so that the truth comes to the fore. This is our demand,” he told reporters here.

On Thursday, a video surfaced on social media in which the woman is purportedly heard calling the BJP minister a ”rapist” while arguing with staff members of a resort. In another video, she is purportedly heard saying, “The minister is a respected man and I respect him.” PTI could not independently verify the authenticity of the videos.

”The Bharatiya Janata Party (BJP) is trying to save an ‘ayyash’ (debauched) mantri. The way the video has gone viral and insulting words have been used against the mantriji…it is a slap on the face of the BJP and the Shivraj Singh Chouhan government,” said the Congress leader.

Sharma said after the woman used insulting language against the minister, his supporters vandalised the resort, but a case with only light offences was registered in this regard.

”The episode defames the state and the government. The woman changed her statement after calling the minister a rapist. This all looks very murky,” he said.

Meanwhile, the Badnawar police in Dhar district have registered two separate cases in connection with ransacking of the resort — one against three men who allegedly vandalized the facility and another against the establishment owner on a complaint filed by a tribal man, inspector Dinesh Singh Chauhan said.

On a complaint filed by a 62-year-old man, a case has been registered for the December 15 violence at the resort against the three accused (all aged between 25 and 35 years), he added.

On late Thursday night, the trio was booked under Indian Penal Code (IPC) sections 294 (obscene act and words), 452 (house-trespass, having made preparation for causing hurt to any person or for assaulting any person), 427 (mischief causing damage to the amount of fifty rupees or upwards,) 506 (punishment for criminal intimidation) and 34 (acts done by several persons in furtherance of common intention), the inspector said.

The second case was registered against the resort owner on Friday morning based on a complaint filed by a 32-year-old tribal man, he said.

The complainant has accused the resort owner of hurling abuses, making casteist remarks, assaulting and threatening to kill him over a monetary dispute on December 14, said the police officer. The resort owner has been booked under relevant sections of the IPC and also the Scheduled Castes and Scheduled Tribes (Prevention of Atrocities) Act, he added.