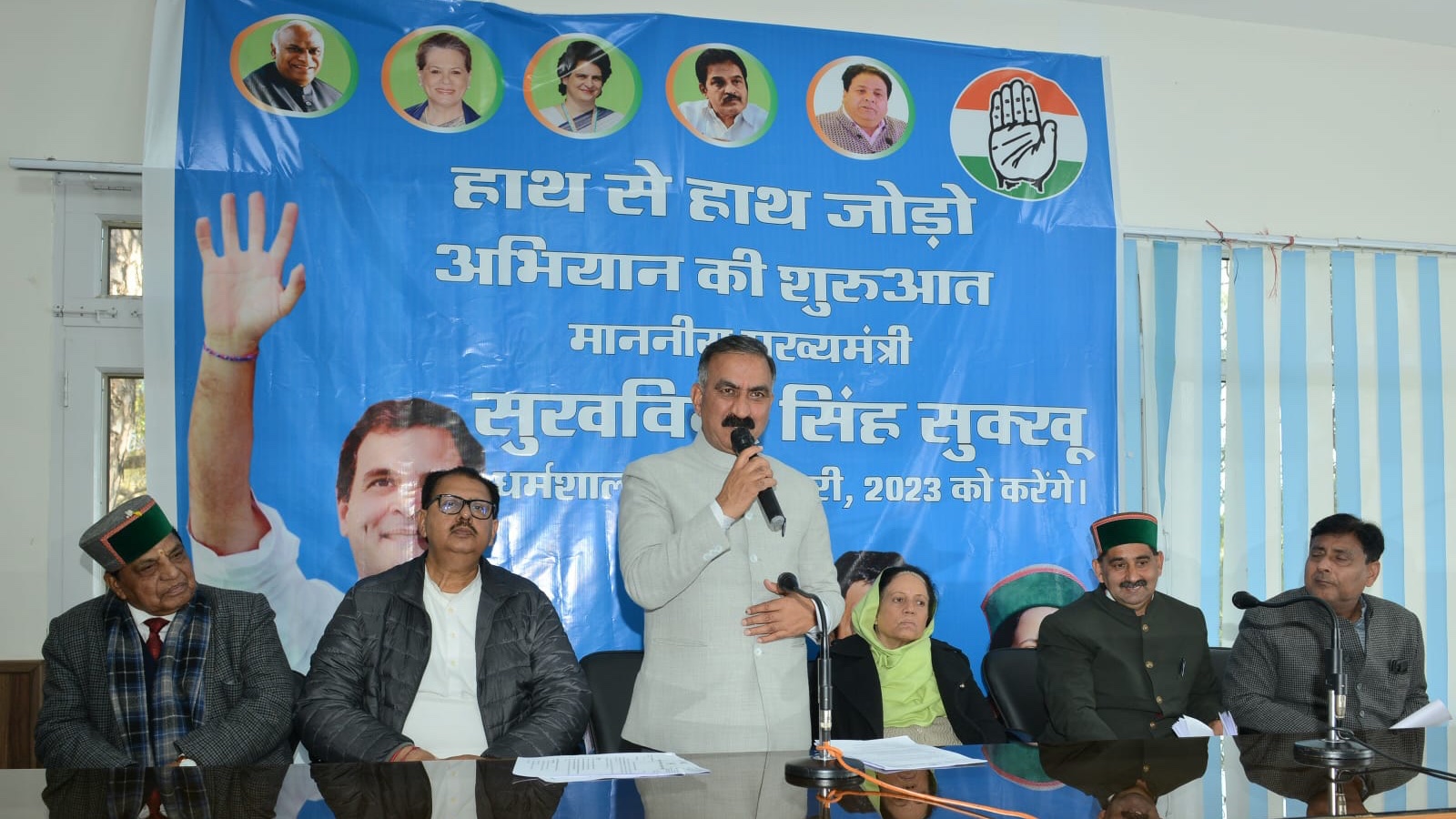 He said the campaign is an extension of the Congress’ Bharat Jodo Yatra and would begin throughout the state from January 26.

The abhiyan will reach up to the village and block-level in two months and at least one meeting will be ensured in every village, Sukhu added.

State Congress president and Member of Parliament Pratibha Singh and other Congress leaders were present on the occasion.

The chief minister said a strategy should be chalked out for promoting the abhiyan and electronic and print media will also be involved in a big way for its publicity, an official statement said.

This massive campaign launched by Gandhi has gone a long way in upholding the unity and integrity of the country, he added.