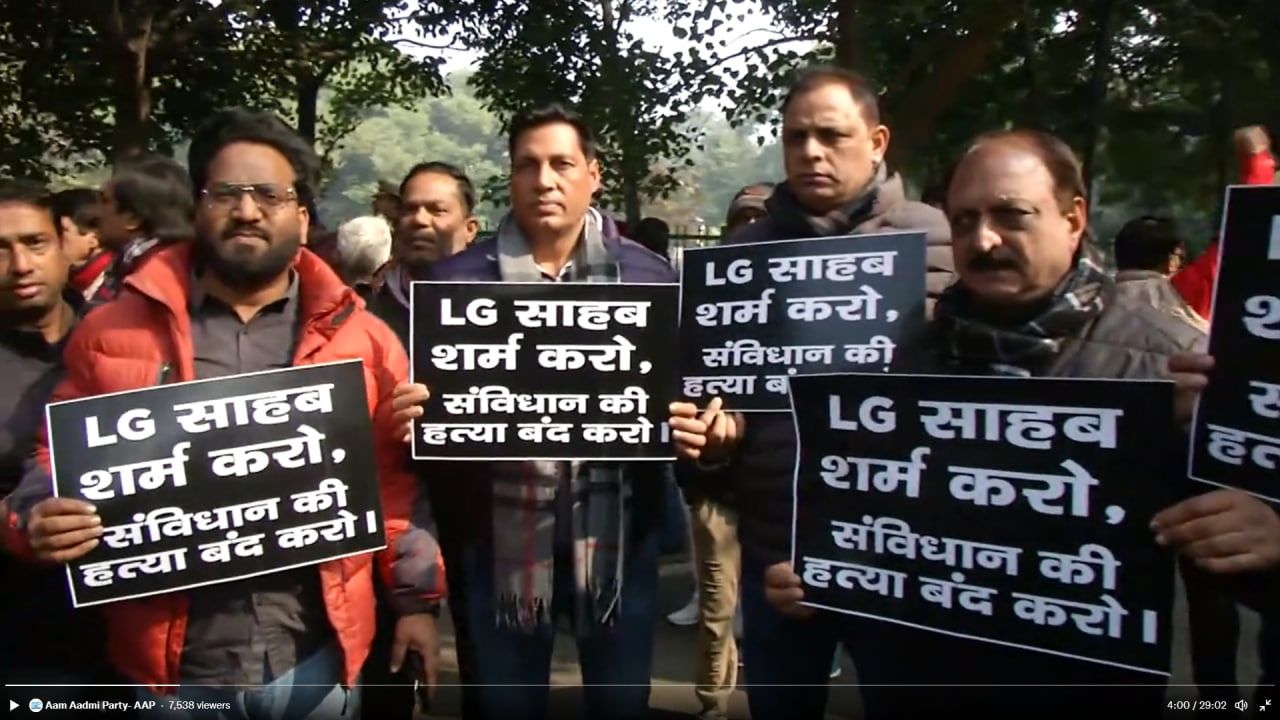 NEW DELHI: The Aam Aadmi Party (AAP) staged a protest outside the Lt Governor’s house here on Saturday over 10 aldermen nominated by him to the MCD House being administered oath before the elected representatives, alleging that he is “destroying” the Constitution.

The ruling party claimed this was part of an “underhanded ploy” to get the aldermen to vote in the mayor and deputy mayor elections.

Lt Governor V K Saxena on Tuesday nominated the 10 aldermen to the Municipal Corporation of Delhi (MCD), days before the January 6 mayoral elections.

The AAP had alleged that all the nominated members were BJP workers and the civic body sent their names directly to Saxena without keeping the city government in the loop.

On Saturday, AAP leaders and workers gathered outside Raj Niwas in Civil Lines carrying banners and raised slogans against Saxena.

Senior AAP leader Atishi, who was a part of the protest, alleged the LG is “destroying” the Constitution and going against the Delhi Municipal Corporation (DMC) Act.

“Why were the 10 aldermen nominated bypassing the Delhi government? Why wasn’t the seniormost person nominated as the presiding officer? Why were they trying to give voting rights to the aldermen? The LG needs to answer these questions as he is destroying the Constitution,” she told reporters.

Aldermen refers to people who are experts in their fields. However, they do not have voting rights in the mayoral election.

Security outside the LG’s residence was beefed up, with a large number of police personnel deployed at the spot and barricades put up around the area.

On Friday, the maiden meeting of the MCD House was adjourned without electing mayor and deputy mayor as the BJP and the AAP councillors exchanged heated words and came to blows over presiding officer Satya Sharma administering of oath to the alderman first and not the elected representatives.

The AAP alleged that the BJP made the aldermen take oath first in order to get them voting rights for the mayor and deputy mayor elections.

The next date for elections will be announced later.