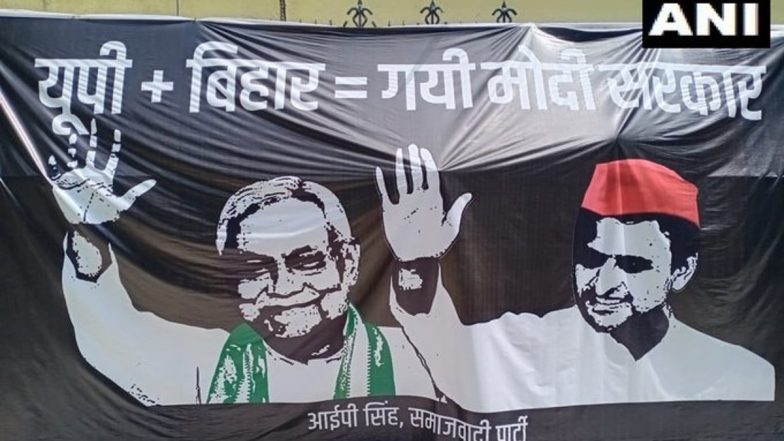 LUCKNOW: Samajwadi Party (SP) chief Akhilesh Yadav on Sunday lauded Bihar Chief Minister Nitish Kumar for initiating the caste survey saying that the British too had thought in 1931 about the move, which alone could ensure the development of all castes.

Talking to reporters at Janeshwar Mishra Park, named after the party member and former MP, Yadav said, “The caste survey is not made today. The British had thought that a caste survey should be done in 1931. The rights of the constitution can be given to different castes and communities only when their count is known.”

“I appreciate and congratulate Bihar Chief Minister for this,” he said, after paying his tributes to Mishra.

He said that his party has been demanding such a survey for long, and that he too had during his election rallies promised to initiate it within three months of formation of government.

About his recent Telengana visit, Yadav said he had gone there at the invitation of Telangana Chief Minister, who had invited several other CMs too.

On BJP he said, the party’s days in the state are numbered. “I want to say today, when their state executive is sitting, that only 398 days are left.”

“Be it poor or anyone else, no one can expect justice today. The rights that democracy and the constitution have given us, those rights are also being snatched away. BJP is deliberately taking decisions that benefit a handful of industrialists. It is promoting its men in all institutions,” he said.

On Janeshwar Mishra, he said, “We are remembering Janeshwar Mishra ji today. He and ‘Netaji’ (Mulayam Singh Yadav) took the socialist movement forward. Today we all take a resolution that we will take this movement even further.