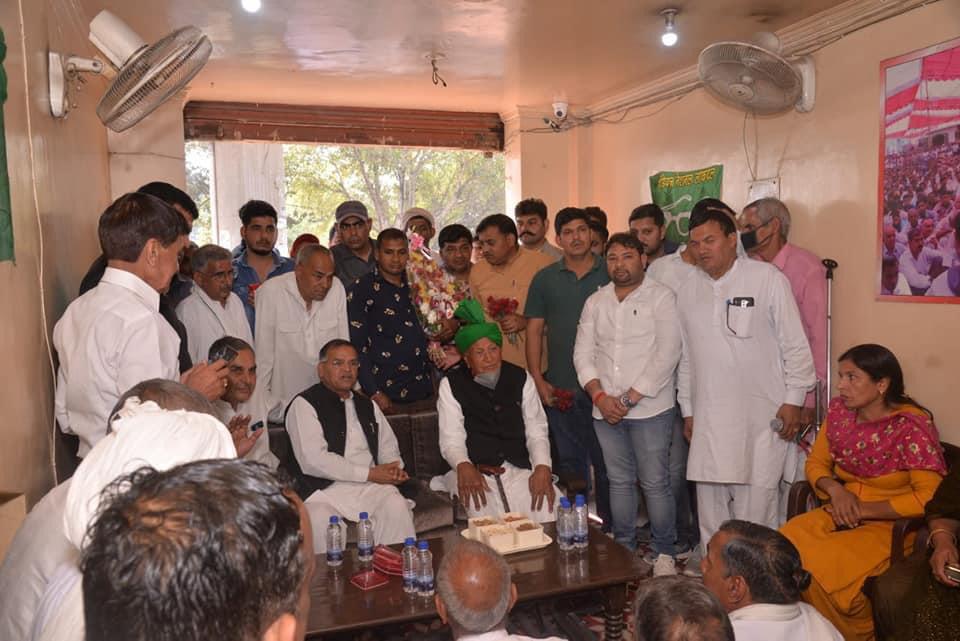 Indian National Lok Dal president and former Haryana chief minister Om Prakash (OP) Chautala on Monday said that there will be mid-term elections in the state as the state government will fall soon.

Chautala said that farmers have been protesting against three agricultural laws for the last about three months, but instead of listening to their voice and fulfilling demands, the BJP government is only persecuting them.

He said that the BJP government should accept the demands of the farmers soon and withdraw these agricultural laws.

“The state government will fall soon and there will be mid-term elections in the state,” Chautala said addressing party workers here here.

He said the farmers’ agitation has become a mass movement which can never be suppressed.

Chautala said that people from every fraternity, rising above caste and religion, are opposing the agricultural laws and want to get rid of the misrule.

The INLD party stands with the farmers, he said. INLD’s lone MLA Abhay Singh Chautala had recently resigned from his seat in favour of farmers’ agitation.