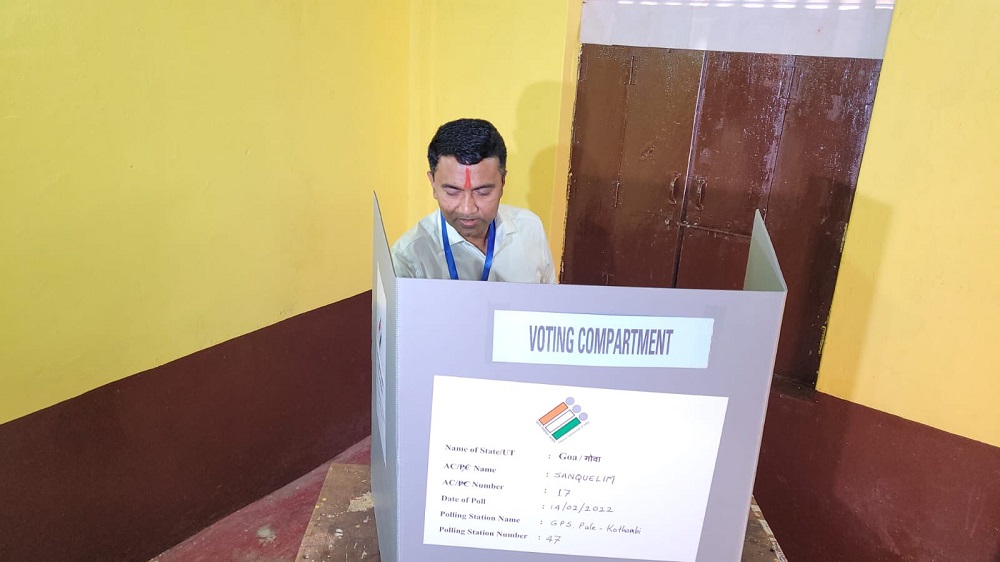 NEW DELHI: The Maharashtrawadi Gomantak Party (MGP) on Saturday said it will decide its stand after the Goa election results by taking the ally Trinamool Congress in confidence, but will “never support” Pramod Sawant as chief minister.

Sawant, chief minister of the outgoing BJP government, had sacked MGP ministers from his cabinet, said MGP leader Sudin Dhavalikar, but did not categorically rule out supporting the BJP again. Results of the Assembly elections in Goa would be declared on March 10.

Dhavalikar told PTI that in case of a fractured mandate, his party and the TMC will decide whether to support any party or coalition only after taking each other into confidence.

But the MGP will not support any government led by Pramod Sawant, he categorically said.

Sawant (as chief minister) threw the MGP out from the state cabinet in 2019 without any valid reason. We are still hurt over it and we will never support a government which has Sawant as chief minister, he said.

Dhavalikar in the past had said he preferred BJP leaders Vishwajit Rane or Nilesh Cabral as the next chief minister. When asked about this statement, he said it should not be taken out of context. I had said that Congress and BJP should come together and keep those facing charges of corruption and serious criminal cases at bay.

They should not been given the CM post or ministerial post, he said, adding that Rane or Cabral could be a good choice. People were seeking a change in 2022 so the MGP formed alliance with TMC to provide a good alternative, Dhavalikar said.

People have rejected party-hoppers and corrupt and criminal politicians this time, he claimed.