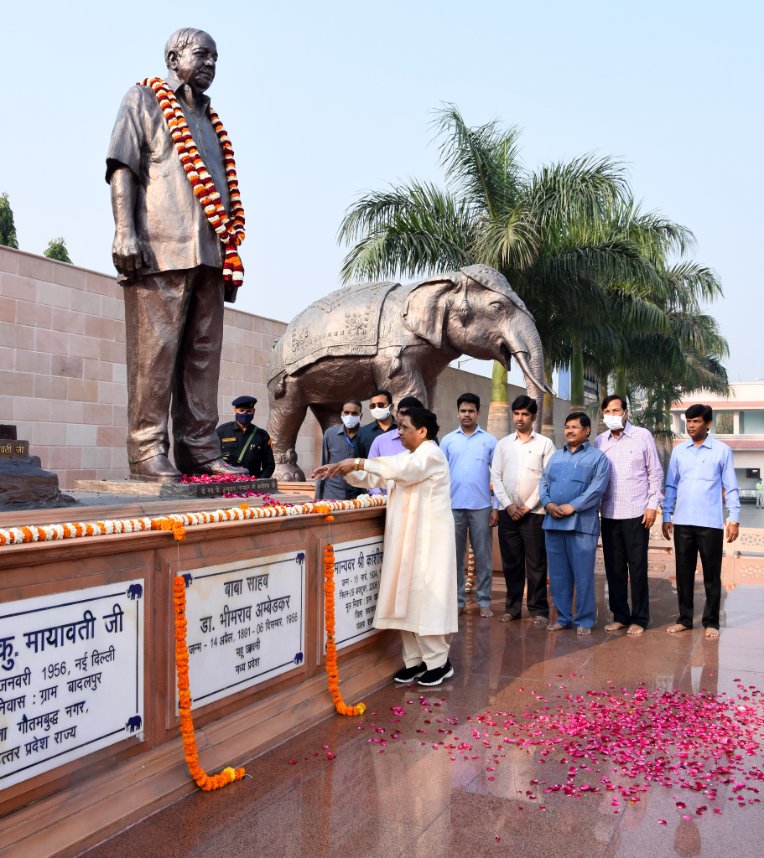 NEW DELHI: Appreciating the performance of her party candidate in the bypoll in Azamgarh Lok Sabha seat, the BSP president Mayawati on Monday asked her party workers to keep the momentum till the general election in 2024.

She also asked her office bearers and workers to protect members of a particular community from being misled in the electoral battle of 2024.

“The determination and courage with which all the BSP workers, office bearers and party candidate Shah Alam alias Guddu Jamali have fought the Azamgarh Lok Sabha bypoll need to be maintained till 2024 Lok Sabha general elections as part of the resolve while maintaining election readiness,” Mayawati said in a tweet in Hindi.

In another tweet, she said, not only Azamgarh, but BSP’s struggle and efforts have to be continued in the entire UP to convert the groundwork into votes.

In this sequence, it is also important to protect a particular community from being misled in the upcoming elections,” she said.

Mayawati had on Sunday said that the outcome of the bypoll has proved that only BSP has the “ground force” to defeat the BJP in the state.

The UP bypoll results has once again proved that only BSP has the ‘ground force’ to defeat BJP here. The party’s effort to prove this to the entire community will continue, so that the much awaited political change can take place in the state,” the BSP chief said.

She tweeted, The ruling party wins most of the bypolls, yet the tough fight the BSP has given to the ruling BJP and SP in Azamgarh is commendable. All the party workers have to move forward with more strength.

BJP candidates won both the Azamgarh and Rampur seats in the bypoll, the counting for which were held on Sunday.