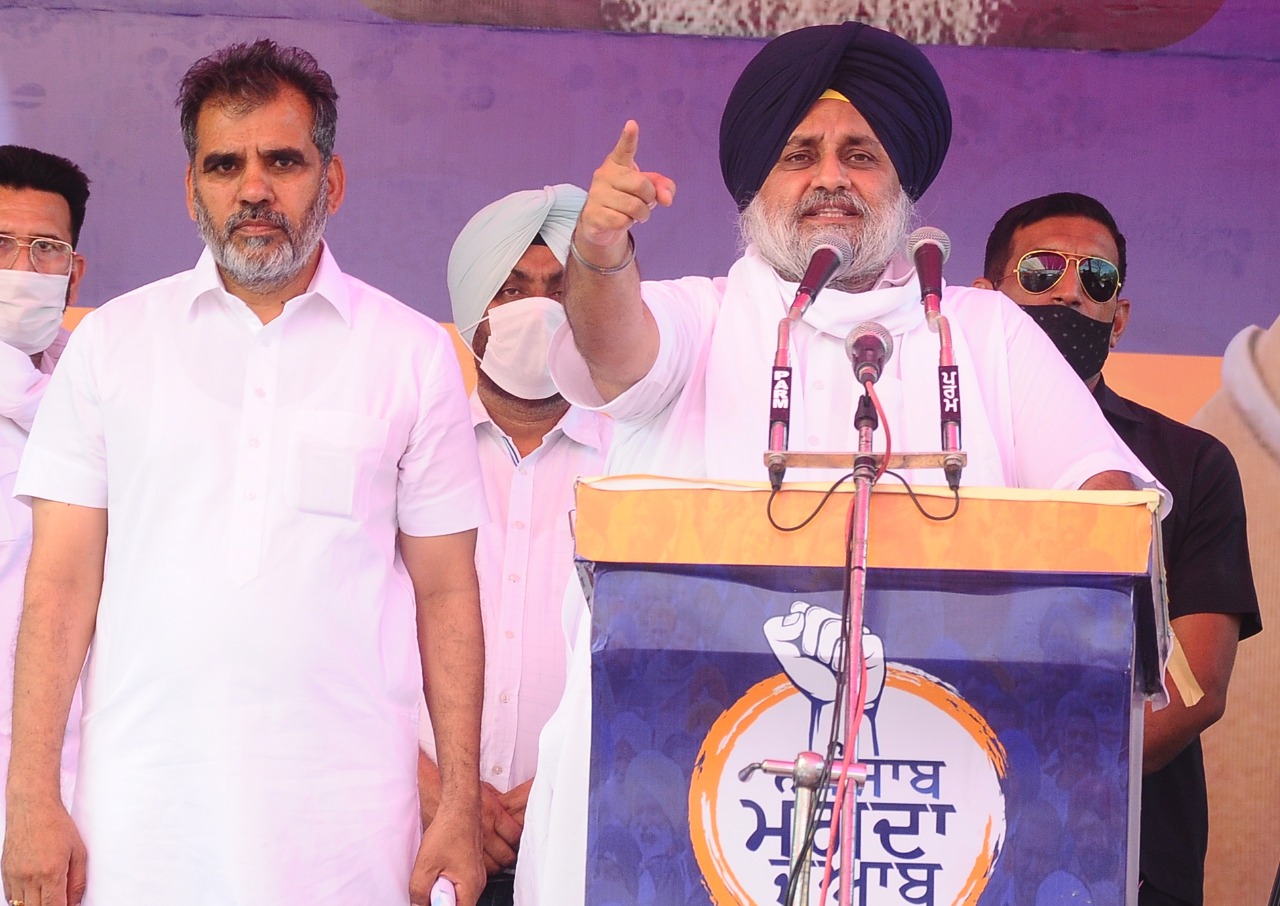 ZIRAKPUR: SAD president Sukhbir Singh Badal on Sunday took a dig at Punjab Chief Minister Amarinder Singh, saying nothing can be expected from a leader who did not care to visit even once the Assembly segment falling in the parliamentary constituency of his wife Preneet Kaur.

The SAD leader said this while referring to the Dera Bassi Assembly seats that falls under the Patiala Lok Sabha constituency represented by Preneet Kaur.

Addressing a gathering here, he also claimed that the previous Shiromani Akali Dal-led government had spent Rs 1,256 crore on the development of the Assembly segment.

Punjabis cannot expect anything from a chief minister who is not ready to leave his farmhouse to visit a constituency which is on the outskirts of Chandigarh, Badal said.

Why expect anything from a CM who didn’t care to visit Zirakpur even once despite it being part of constituency of his wife PreneetKaur. With Capt visiting his office only 11 times in 4 years, it’s not hard to understand why Pb has slid backwards on all parameters.#ZirakpurRally pic.twitter.com/bzqQVZNo3n

Amarinder Singh has visited his office only 11 times in four years. This is why the state has gone back on all parameters and all facilities extended to people by former chief minister Parkash Singh Badal have been withdrawn,” he said.

People are suffering with lakhs being taken out of the aata-daal and old-age pension scheme even as facilities like free medicines in government hospitals and Sewa Kendras have been closed down, he alleged.

He also accused the CM of not acting against Congress leaders who indulged in corrupt practices.

Stressing that the SAD will probe all misdeeds once it forms the government in the state, Badal said, We will also order a time-bound inquiry into misappropriation of the MGNREGA funds.

Congress legislators are looting the state exchequer by establishing their own inter-locking tile factories and forcing the state administration to use these for MGNREGA works, he alleged.

Assuring people that the SAD would continue to safeguard their interests, Badal said once their government is formed in the state, they will not allow implementation of the Centre’s contentious agricultural laws.

He said besides ensuring procurement of foodgrains on the minimum support price, the SAD government will also announce MSP for vegetables, fruits and milk.

Power tariffs for domestic consumption will be halved while Scheduled Castes and Backward Class students will be given free education, he said.

Speaking on the occasion, former Union minister Harsimrat Kaur Badal alleged that the CM mismanaged the state to such an extent that its debt increased by Rs 1 lakh crore in four years.