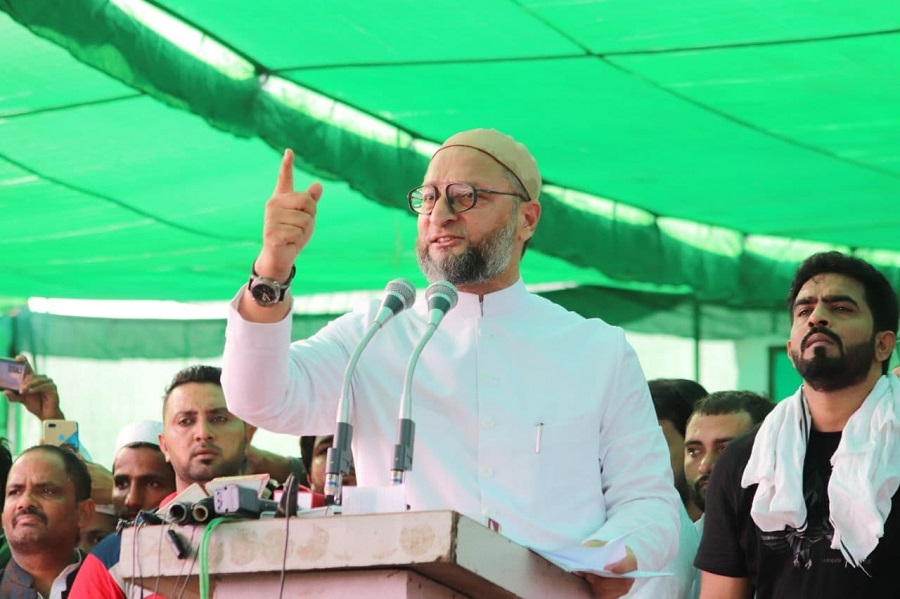 NEW DELHI: The All India Majlis-e-Itthehadul Muslimeen (AIMIM) will contest all elections in Maharashtra from here on and the option of entering into alliances is also open, party president Asaduddin Owaisi said here on Saturday.

On a two-day tour of Aurangabad, Owaisi also criticised the Narendra Modi government on what he claimed was the inept handling of the China and Kashmir issues.

“China is on your ground but the government refuses (to acknowledge it). If nobody is holding onto your land, then why have these rounds of talks (between the two nations). The BJP should take a team of MP’s to Ladakh and show the ground reality then. But the BJP and RSS are quiet on this issue,” he alleged.

He also said moves like doing away with the provisions of Article 370 in Jammu and Kashmir had done nothing to change the ground situation in the restive region, as jawans and civilians were being killed in terror attacks.

Queried on the possibility of a national alliance against the BJP, Owaisi said he was not an astrologer to say anything now about the 2024 Lok Sabha polls.

“I don’t have any idea who will be the face of it (such an alliance). I cannot say anything about the Uttar Pradesh polls either. Let the model code come in, then I will talk,” he added.