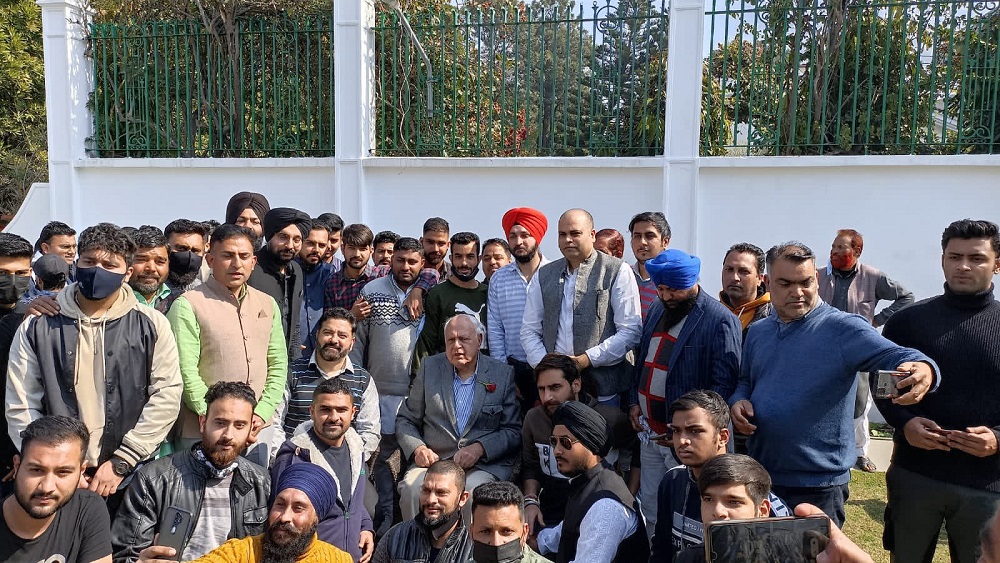 JAMMU: National Conference (NC) President Farooq Abdullah on Wednesday exhorted its cadres to strengthen the party at every level and gear up for the big challenge being faced by Jammu and Kashmir.

Five members of panchayats joined NC in the presence of former chief minister here on Wednesday.

The NC is committed to assuage the urges and aspirations of every segment of the society in all the regions and sub-regions, Abdullah said.

Interacting with various delegations and welcoming new entrants into the party at a brief function here, Abdullah said the party is deeply rooted in every nook and corner of the union territory.

He said the cadre must reach out to the people and help them get solutions to their problems.

Abdullah said the NC is a mass movement which has been devoted to the service of the people of Jammu and Kashmir for decades.

He said the party is a natural destination for all those public spirited political workers who want to steer Jammu and Kashmir to peace, progress, and development.

Among those who joined the party were Ajay Sharma and Kuldeep Kumar Naib, both sarpanch, Rajneesh Sharma, who is one of the members of panchayat, and one Mohd Iqbal from Udhampur.

In this article:Farooq Abdullah, Jammu and Kashmir